Ted Cruz “Likes” a Pornographic Tweet refers to an hour or so on September 11th, 2017 in which Texas Republican Senator Ted Cruz had a post in his Twitter “likes” featuring a clip from a pornographic film. 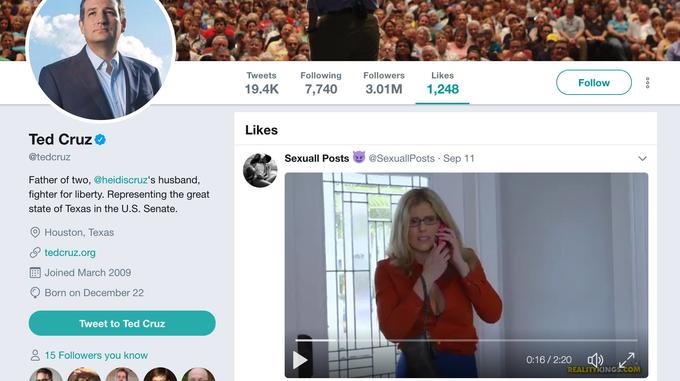 News of the “like” began spreading in the early morning of September 12th, 2017, EST. @MagicBulletRecs discovered the like and tweeted a screenshot in the replies to @SexuallPosts’ original tweet, (shown below). Twitter user @Yashar tweeted a more explicit screenshot in a more popular tweet that gained over 3,800 retweets. 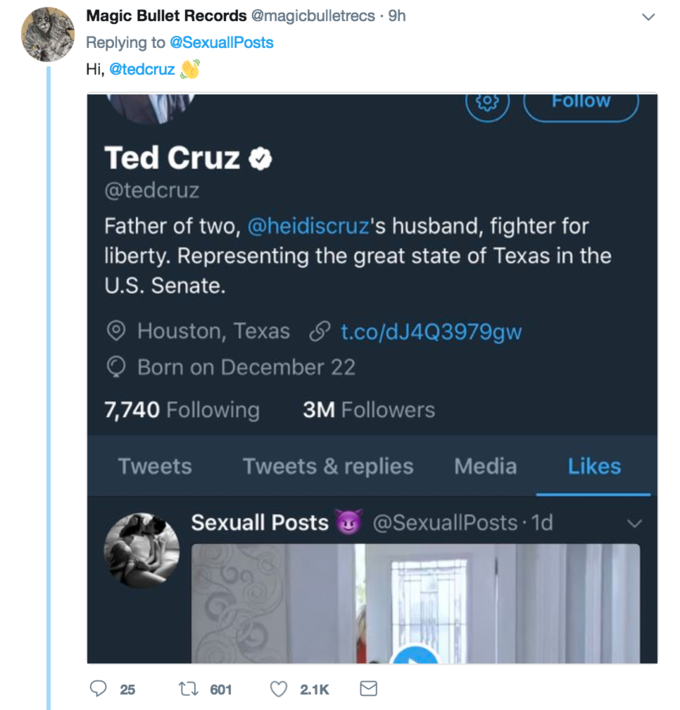 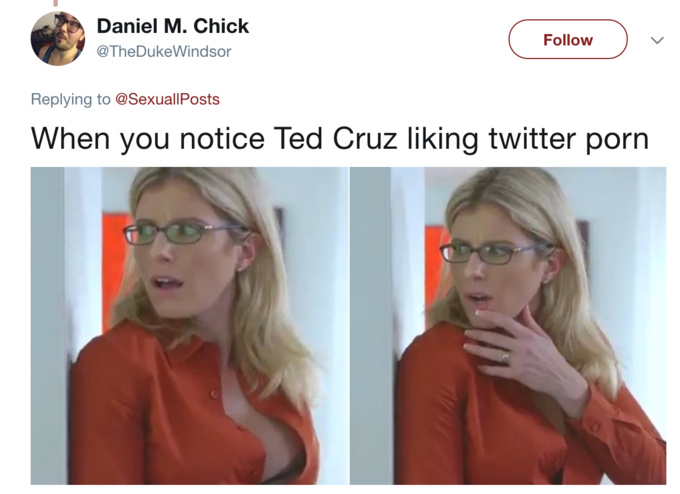 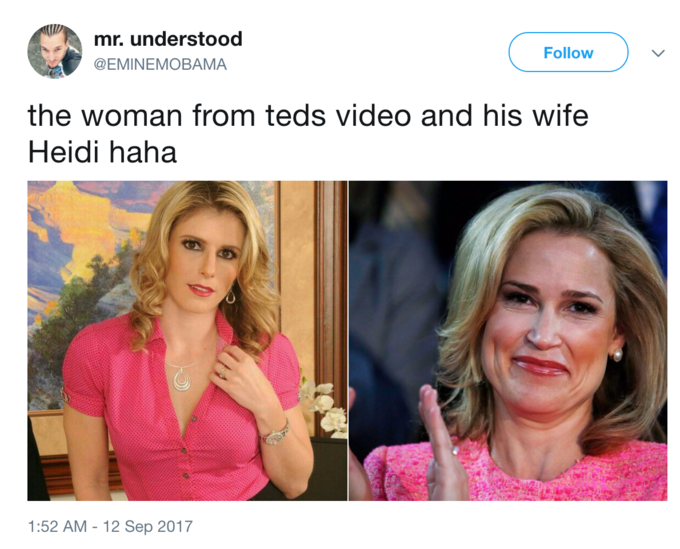 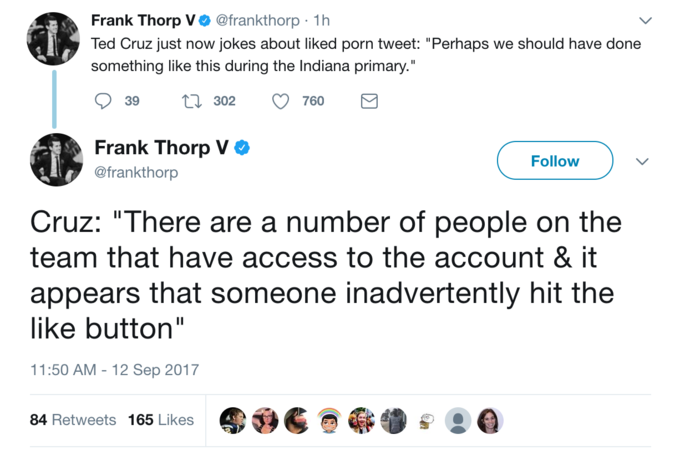 The moment was picked up by several news blogs the following day, including The Daily Dot, TIME, Huffington Post, and many more. Meanwhile, jokes about Ted Cruz began hitting /r/MemeEconomy, where two posts talking about the incoming spread of Ted Cruz memes gained 294 and 42 points, respectively (shown below). 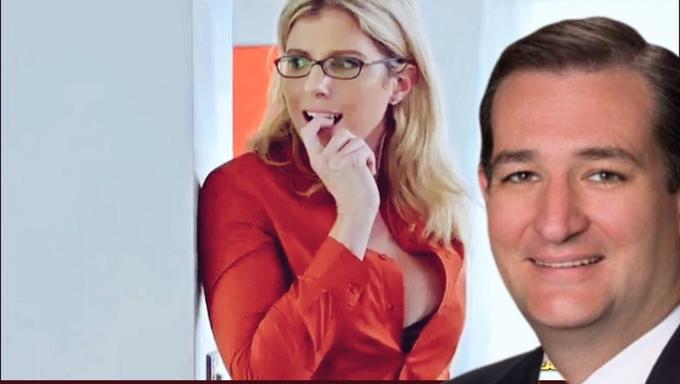 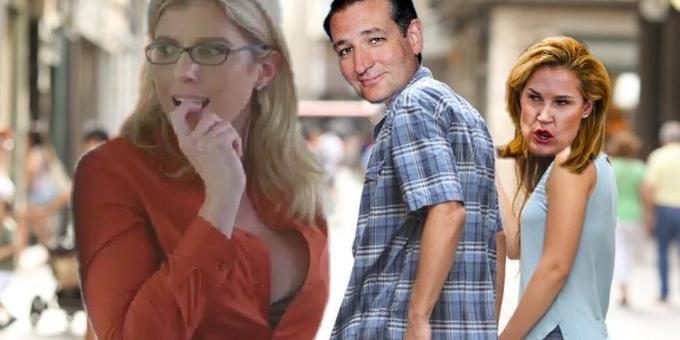 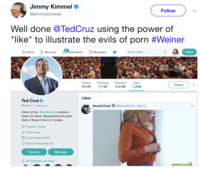 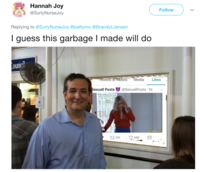 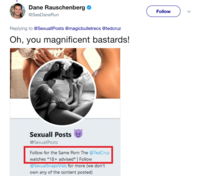 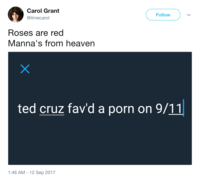 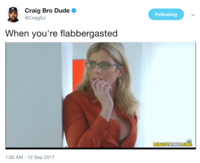