Pregnant Emily Ratajkowski has seemingly not gone a day without flaunting her bump on social media.

And on Saturday the 29-year-old model was at it again, sharing herself on Instagram as she spent Saturday in bed while trying to get some work done.

With her bump obstructing her laptop view, Emily could not help but post another glimpse of her growing belly. 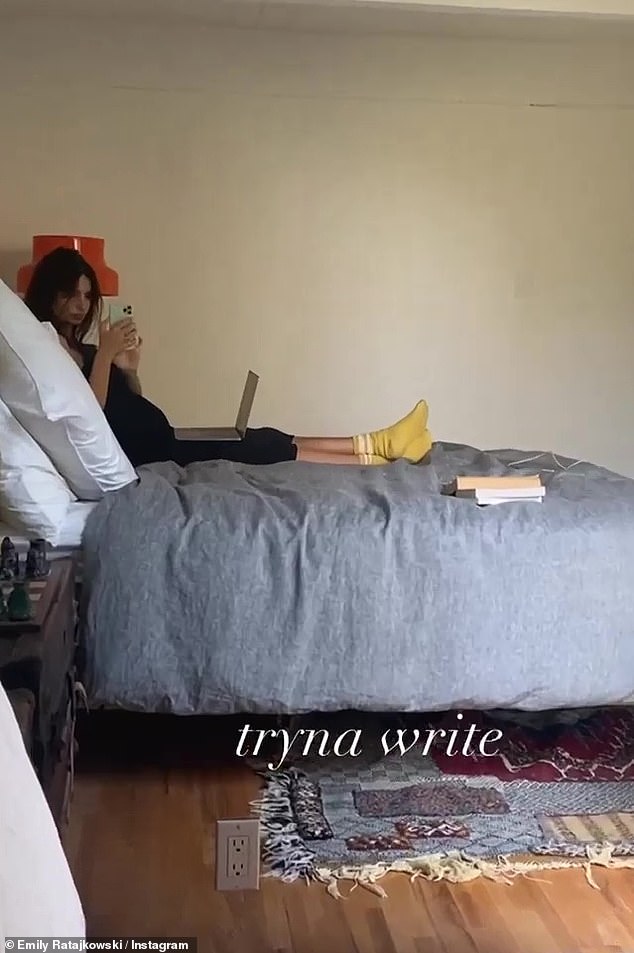 Bump obsessed: Pregnant Emily Ratajkowski, 29, shared a video of her growing bump from the side as she sat in bed working on her laptop

Sitting on her bed in a pair of yellow socks and a form fitting black dress she filmed her stomach from the side, zooming in on her body.

With a computer on her lap and a stack of books at her feet the Inamorata designer took a brief interlude from writing.

Shooting herself in the mirror she zoomed in on her pursed lips and stomach as she said, ‘tryna write.’ 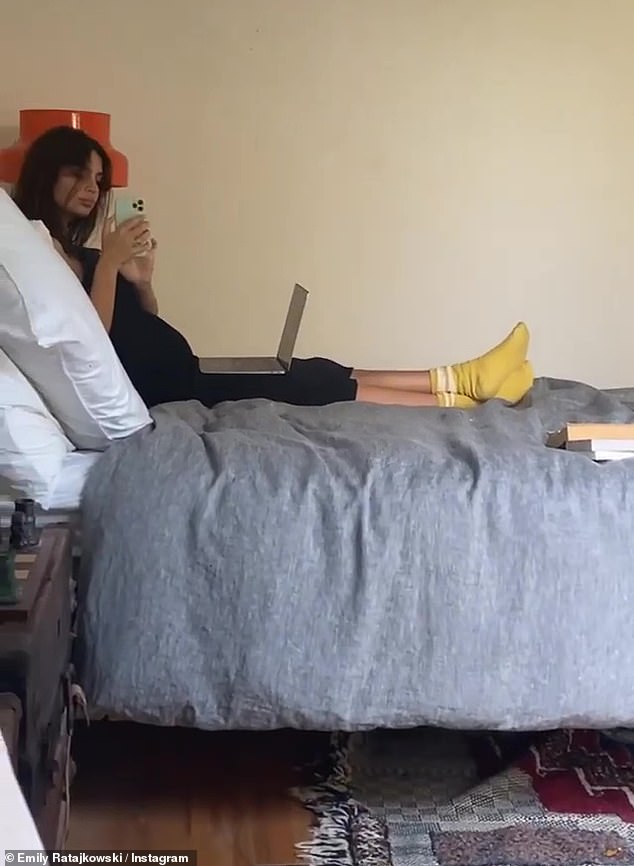 Writer’s block: With her belly slightly obstructing her view of the screen Emily zoomed in on her body 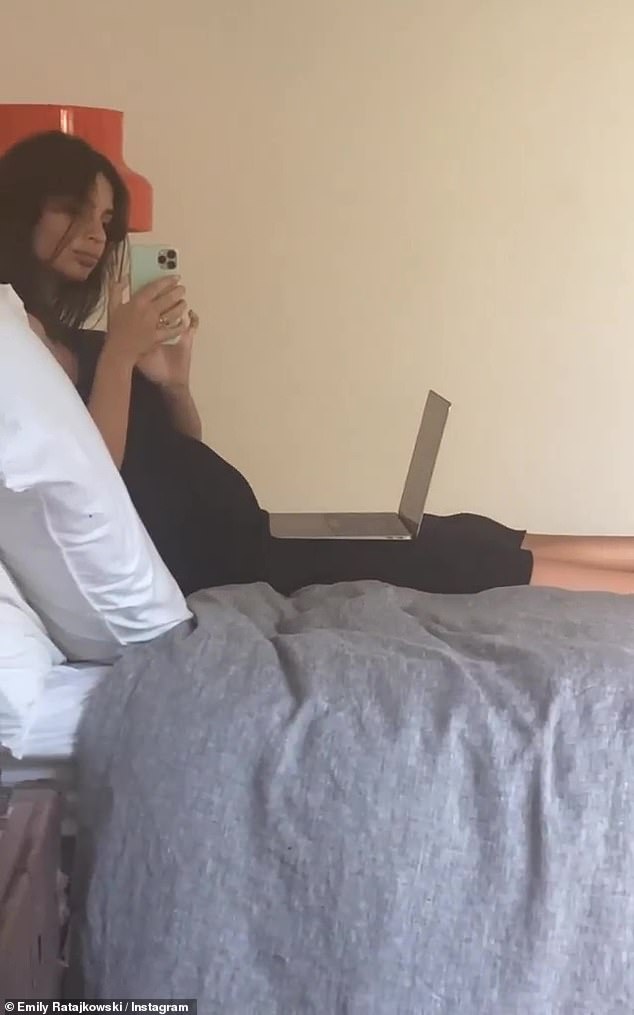 Distracted: With a computer on her lap and a stack of books at her feet the Inamorata designer took a brief interlude from writing 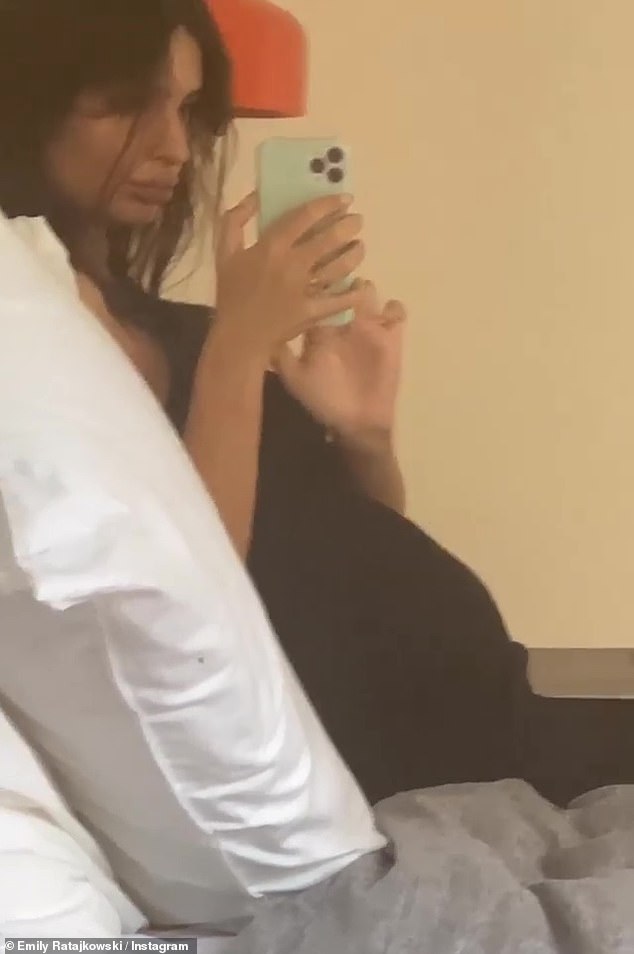 Close up: She flashed her gold wedding ring as she sat on plush grey sheets while marveling at herself

Earlier in the day she shared more snippets of her relaxing weekend which included time with her dog Colombo and a new Prada purse.

Looking to be slow to rise from sleep a slumberous looking Ratajkowski laid very comfortably in an expansive bed.

The model seemed to be working on her upcoming book of essays called My Body which will be coming in published months. 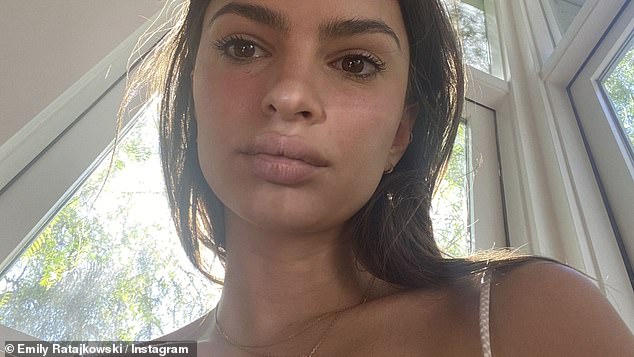 In your face: Looking a bit tired she showed off her extremely luscious lips as she posted a selfie 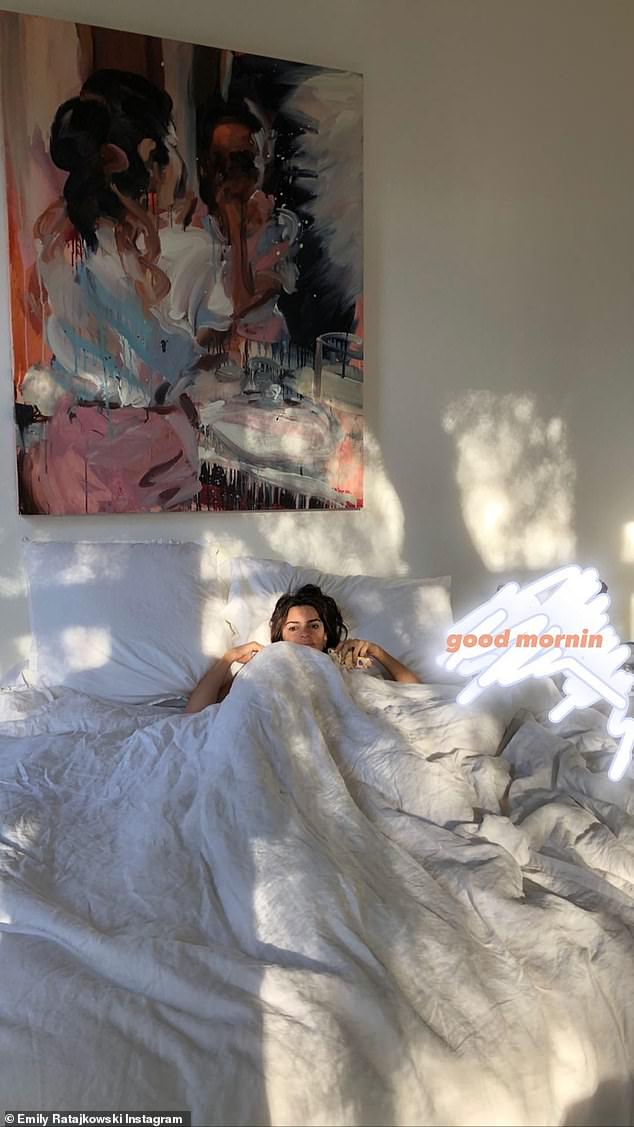 Sleepy head: Looking to be slow to rise from sleep a slumberous looking Ratajkowski laid very comfortably in an expansive bed 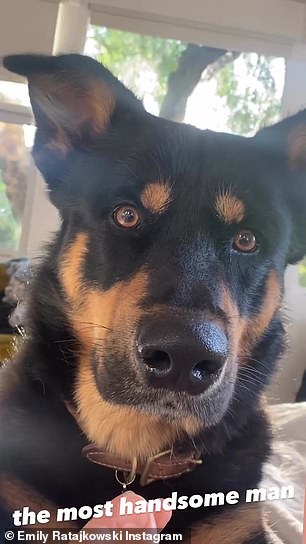 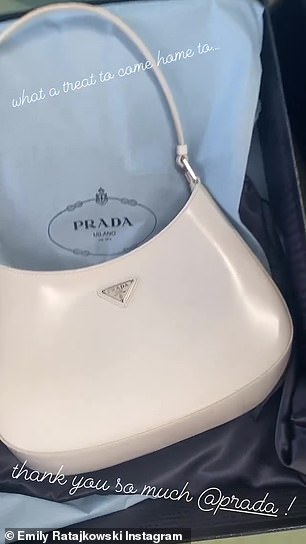 Feeling loved: Emily cuddled up to her dog Colombo as he sat on the couch at her East Los Angeles home

The book is a year in the making recently publishing a lengthy essay from the book about her brush with sexual assault while on set with a photographer.

Working to reclaim her image which was originally founded in hypersexualization, the self-proclaimed feminist and activist has made an effort to ‘buy herself back.’

After announcing her baby news through Vogue in late October, Emily and her producer husband Sebastian Bear McClard have been spending time in Los Angeles.

The duo recently went on a ‘babymoon’ at luxury Utah resort Amangiri where she continued to post up a storm. 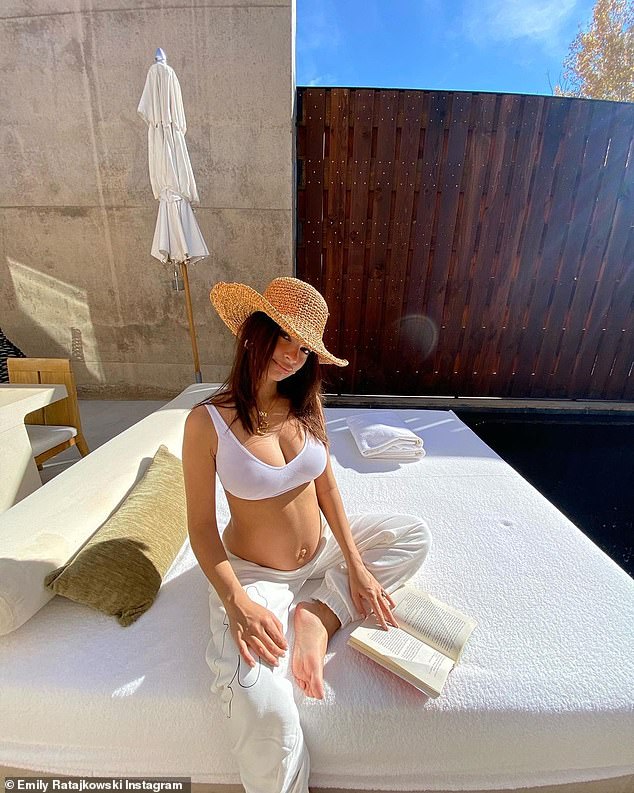 Baby moon: Emily and her husband spent a few days at luxury Utah resort Amangiri as she posted up a storm sharing snippets of the dreamy vacation; pictured Wednesday