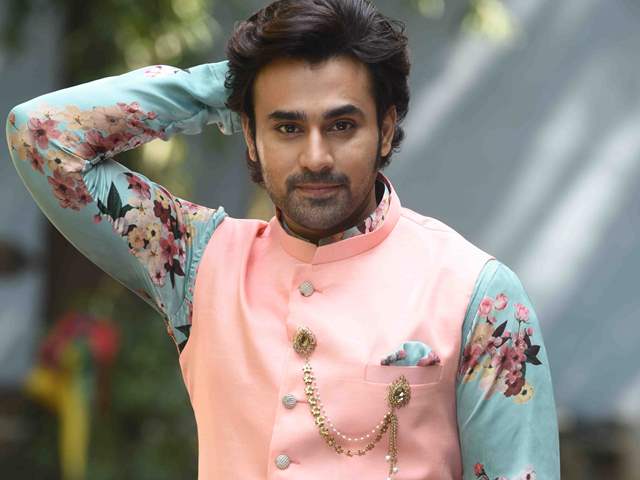 After presenting three interesting fiction properties in the festive month of October and captivating its audience, Zee TV is all set to take the audience on a trip full of fantasy this November. The second season of its immensely successful and intriguing weekend thriller, Brahmarakshas is all set to launch. Produced by Balaji Telefilms, the show will feature television actress Nikki Sharma alongside Pearl V. Puri and while resuming work post the lockdown might have been difficult for most actors, the cast and the crew of Brahmarakshas 2 have been rigorously working round the clock as the show gears closer to its on-air date.

In fact, Nikki Sharma and the other cast members of the show have been shooting regularly for a month now, however, Pearl just recently resumed shooting for Brahmarakshas 2. He is now working extended hours to make up for the long break that he took to heal after a personal loss. Returning to and focusing on work while going through an emotionally challenging time is not an ideal situation one finds him/ her self in, but Pearl is thankful to have the support of his entire cast and crew who have been nothing but pillars of strength and encouragement for him.

Opening up about the challenges he is facing while playing the character of Angad, Pearl V. Puri shared “Angad is a very peppy and flamboyant lad who believes in living life carefree and to the fullest. Currently portraying this trait of his seems like an emotional challenge but I have been extremely persistent to get this character right and I have been trying to keep my mind focussed towards my work. At times, I put myself in Angad’s shoes to try thinking like him instead of myself. No doubt it has been difficult but as an actor, overcoming this challenge and being immensely praised for my performance would be my biggest achievement.”

Adding further, Pearl mentioned, “My mom has been my biggest emotional support during this period and my co-actors have also been immensely supportive, which has indeed helped me stay afloat. Nikki has been really understanding and even working with Ashish who has been a father figure to me, on-screen and offscreen has been a great source of encouragement.  I am incredibly humbled and thankful for all the support I’ve received, and I hope I bring back the same excitement for my fans with Brahmarakshas 2.”

While Pearl V. Puri returns to shoot with a determined spirit,  Brahmarakshas 2 is set to depict the journey of an ordinary young girl – Kalindi, whose destiny gets entwined with an evil force and a drastic twist of fate has her drawing all her inner strength to combat the wicked Brahmarakshas. Set against the backdrop of Ambala, she navigates and manoeuvres her way through the world of evil and her own ordinary life. Kalindi finds herself fighting a tough battle to protect the people she truly cares for!

To know more about the show and how it progresses, stay tuned as Brahmarakshas 2 airs every Saturday and Sunday at 9 pm from 22nd November,  only on Zee TV