You are here: Home / Hollywood / Naomi Campbell confronted Jack Whitehall for calling Liam Payne her 'squeeze' at the BRITs

‘You really are a naughty boy!’: Naomi Campbell confronted Jack Whitehall for calling Liam Payne her ‘squeeze’ in VERY cheeky comment at the BRITs

By Bryony Jewell For Mailonline

They reportedly enjoyed a four-month whirlwind romance last year and ended up being the topic of one of Jack Whitehall’s jokes when he hosted the BRITS.

And it seems Naomi Campbell, 50, wasn’t too impressed with the comedian’s cheeky jibe as she reportedly confronted him over calling Liam Payne her ‘squeeze’.

While the former One Direction star Liam, 27, has even challenged Jack to a ‘charity boxing match’ after the comment got him in a lot of ‘s**t’, reports The Sun. 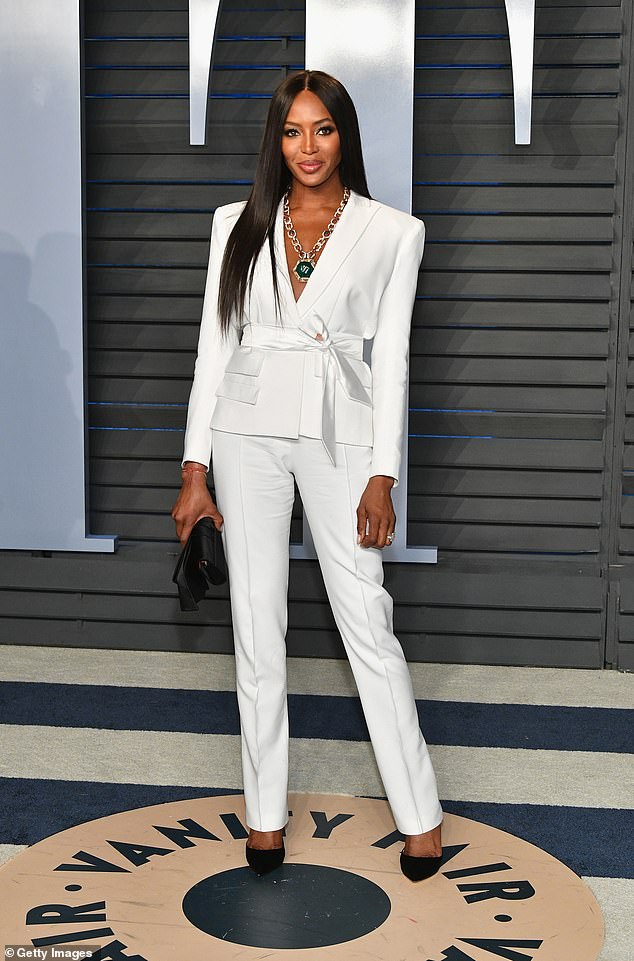 Cheeky: Naomi Campbell reportedly confronted ‘naughty boy’ Jack Whitehall over his joke calling Liam Payne her ‘squeeze’ when he presented the BRITS in 2019

Liam was left red-faced when he was introduced as Naomi’s love on stage during the BRITs in February 2019.

The funnyman spared no effort on his puns as he joked the singer would be in a world of ‘Payne’ if he crossed the catwalk queen.

Reflecting on the comment, Liam told The Sun: ‘I take it as a joke, it is what it is, but she was not happy. Jack, you got me in a lot of s**t that night. So me and you are going to do a charity boxing match.’

While a source said: ‘Naomi marched up to Jack and said, ‘You really are a naughty boy’. The pair joked about it and she saw the funny side of it.’ 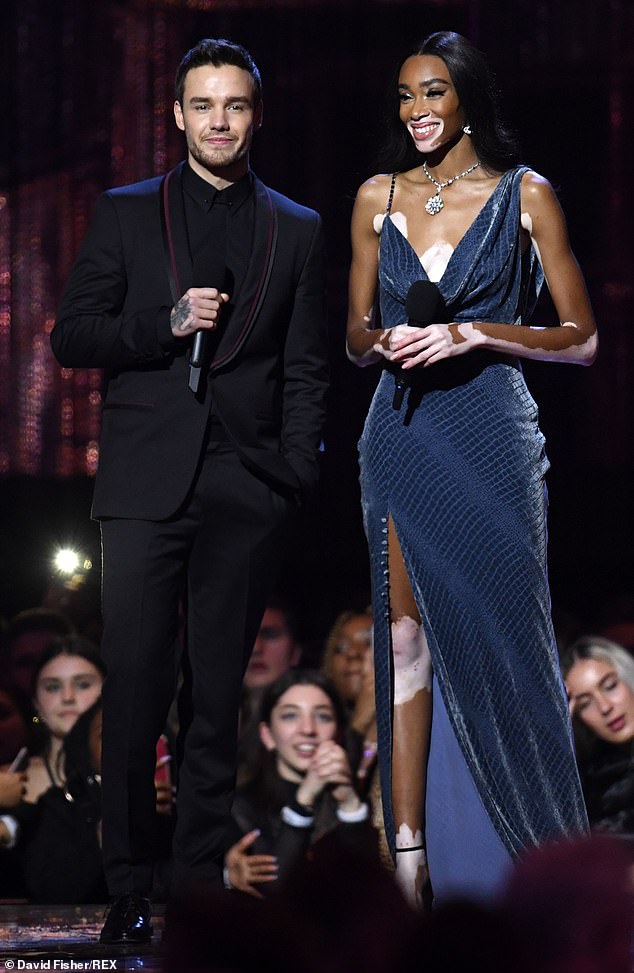 Big night: Liam presented an award at the show alongside model Winnie Harlow and has now cheekily challenged comedian Jack to a ‘boxing match’ over the jibe

During the BRITS Jack told the audience: ‘Now it’s time for our next presenters one is a supermodel [Winnie Harlow].

‘The other is supermodel Naomi’s current squeeze, Liam Payne, which he’ll be in a world of if he crosses her.’

Liam and Winnie, who forged a close friendship after rubbing shoulders at a number of fashion week events, bounced off each other while on stage.

At the time, speculation had been rife that Liam and Naomi had been dating amid claims they are having a ‘mind-blowing time together’. 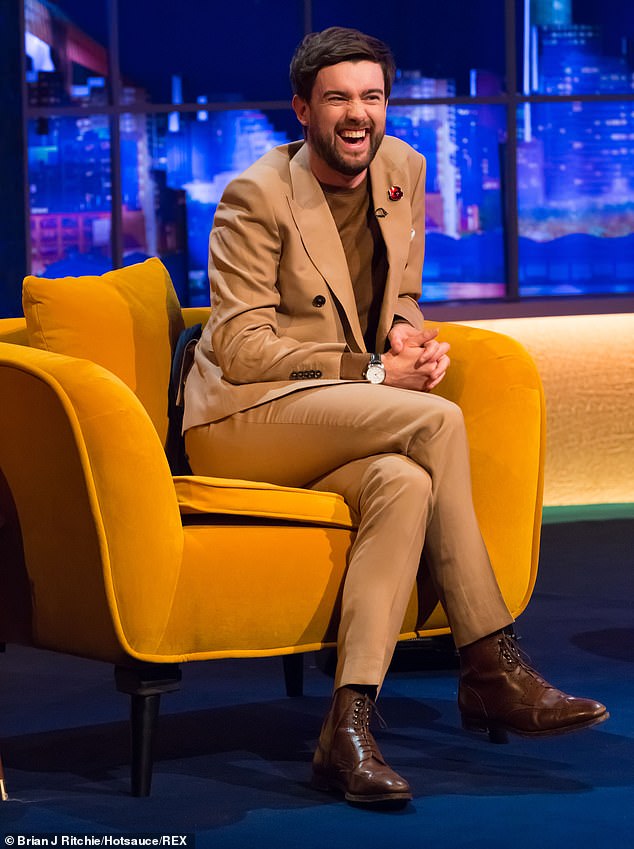 Joker: After his conversation with Naomi, they are both said to have joked about the comment

The rumoured flames were said to have spent Valentine’s Day together and reports also said Naomi attended the Vogue post-BAFTA party on Liam’s arm.

Liam and Naomi weren’t all that discreet about their close bond as they appeared to flirt on each other’s public Instagram accounts.

The singer said: ‘Perfection in a person…don’t give me those eyes.’

The supermodel wrote next to a topless picture of Liam ‘Beautiful soul,’ to which he replied, ‘Takes one to know one,’ and added a kiss emoji.

They were later seen together at London’s O2 Arena where they were trying to stay under the radar during a Davido Adeleke concert. 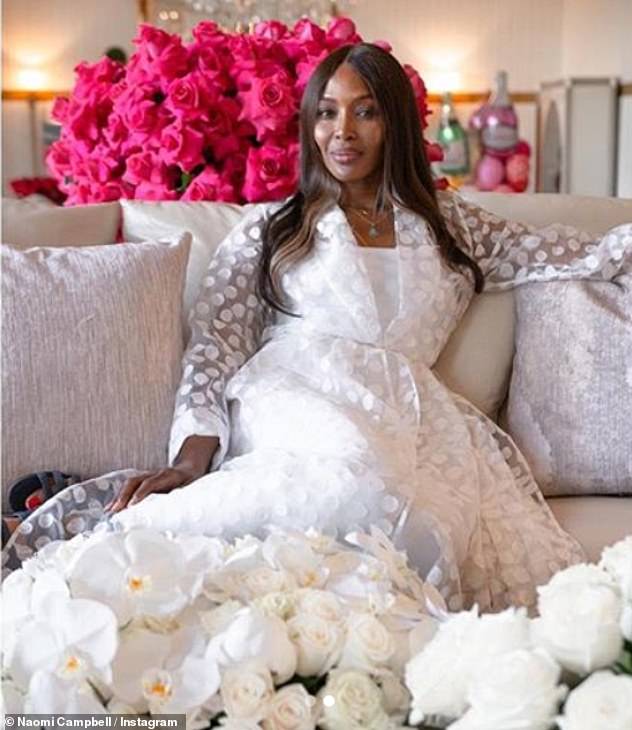 Gossip: At the time, Naomi and Liam were said to be having a whirl-wind romance

However in April 2019 Naomi reportedly ended her rumoured four-month whirlwind romance with Liam.

It was claimed that the beauty had gotten ‘bored’ of the Bedroom Floor hitmaker and decided to let things ‘fizzle out’.

Despite this, Naomi and Liam were reportedly going to ‘stay friends’ and that there are ‘no hard feelings’ between the pair.

A source told The Mirror: ‘Liam and Naomi had a lot of fun together, they got on well and had a laugh. But it just wasn’t meant to be.

‘They are going to stay friends – there are no hard feelings with either of them.’