Melanie Sykes was spotted enjoying a passionate smooch with her toyboy gondolier lover in Venice on Saturday, as they continue to enjoy their revived romance.

In pictures exclusively obtained by MailOnline, the 50-year-old TV presenter is seen enthusiastically locking lips with Riccardo Simionato, 23, days after returning to Italy.

The star boarded a flight from the UK to resume her fling with the gondolier, who is 27 years her junior, after enjoying a six-day romance with him in Venice in October. 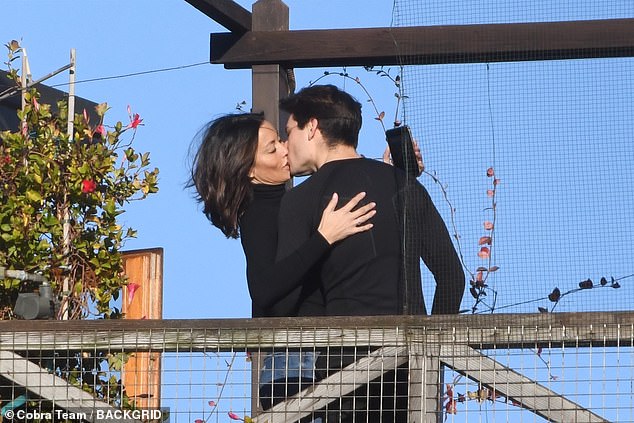 sealed with a kiss: Melanie Sykes was spotted enjoying a passionate smooch with her toyboy gondolier lover Riccardo Simionato in Venice on Saturday

Stepping out on Monday, Melanie and her lover Riccardo enjoyed a romantic stroll as they soaked up the sights in the city of love.

Melanie looked effortlessly chic in a grey jumper dress and black tailored coat which had a belt wrap to highlight her svelte waist.

The former Boddingtons babe finished her look with a black handbag, ballet pumps and a face mask amid the coronavirus crisis. 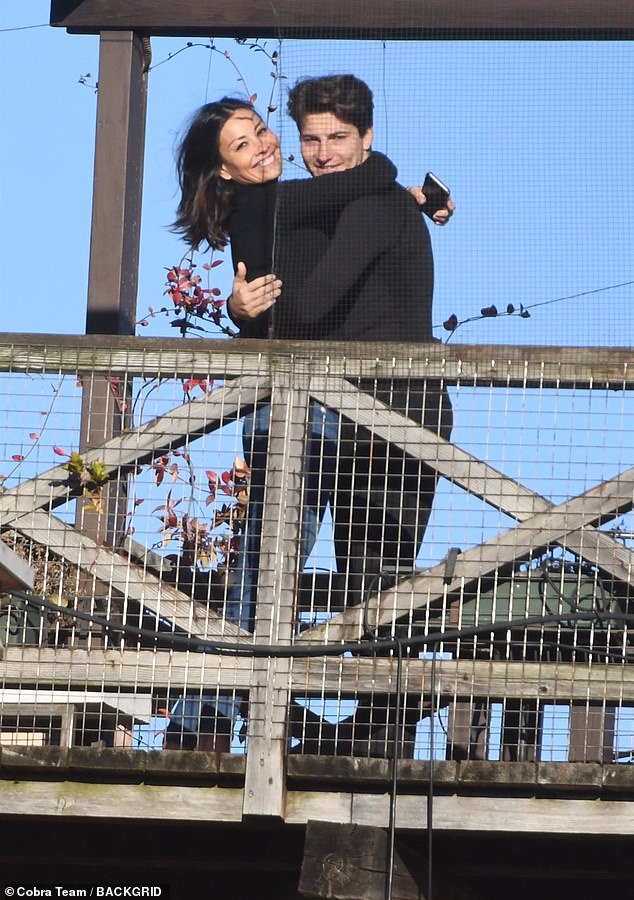 Hold me in your arms: The TV presenter looked elated to be in the handsome Italian’s company as he wrapped her in his arms

While her toyboy Riccardo, who wore a beanie hat, opted for a black padded vest and jacket teamed with skinny jeans.

The couple appeared in good spirits during their stroll with Riccardo proving to be ever the gentleman as he sheltered Melanie from the rain with an umbrella.

Later in the day, the two lovers were seen getting on board a water taxi as they enjoyed a day of sightseeing.

Melanie has been sharing glimpses of her romantic getaway with Riccardo to Instagram and the couple recently enjoyed a day out in Lake Garda.

The presenter shared an image of the gondolier to social media with a blue heart and tagged his account.

Melanie also posted a picture of herself on a water taxi to her Instagram on Friday, tagging Riccardo again and a purple heart emoji.

After meeting last month when she paid him £72 for a half hour’s ride on his gondola, she has now returned to Venice and has been getting up close once more.

It’s not known if Mel travelled out before the second UK lockdown came into force to reunite with her gondolier lover, with whom she initially enjoyed a six day fling with.

Twice-divorced Mel, who has sons aged 18 and 16, looks much younger than her age. As the gallant gondolier, who declined to discuss their dalliance, himself noted: ‘Beauty is relative.’

The Manchester-born star had been in Venice on a mini-break with a female friend and first posted a picture of herself being punted along a canal by obliging Riccardo the week before the romance was revealed.

Asked if he prefers English women, Riccardo, who still lives with his parents, replied: ‘Every person is different, nationality doesn’t matter. True, no?’

But he clammed up when asked if he planned to see Mel again. For Mel’s part, she posted a tantalising picture on social media of the famous Rialto bridge with the caption: ‘Ciao for now.’

After the collapse of her first marriage to actor Daniel Caltagirone, Mel embarked on a whirlwind romance with Jack Cockings, a roofer, who she met on Twitter aged 28 at the time, he was 16 years her junior.

They wed in 2013, but she filed for divorce after just seven months of marriage, later admitting she married ‘the wrong person’

She was briefly then linked to singer Olly Murs, 14 years her junior, and German golfer Martin Kaymer, who is 15 years younger, before dating comedian Steve Coogan, 55, for six months last year.

Mel has hosted number of TV shows including ITV’s Today With Des and Mel, with the late Des O’Connor, and Channel 4’s The Big Breakfast 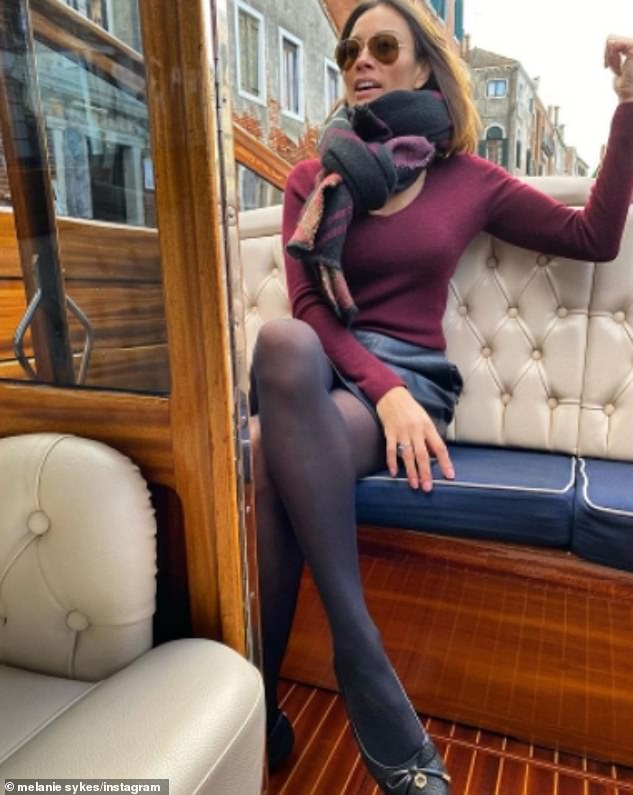 Travelling in style: Melanie also posted a picture of herself on a water taxi to her Instagram on Friday, tagging Riccardo again and a purple heart emoji