Kylie Jenner uses a blue eye filter as she poses for snaps with Stormi, two, on her customized private jet

Kylie Jenner knows how to cause a stir.

The 23-year-old reality star and makeup mogul grabbed attention as she posed for some alluring photos with a filter that gave her light blue eyes.

In snaps shared to Instagram, Kylie appeared to be on her customized private jet with daughter Stormi, two enjoying a fun Sunday. 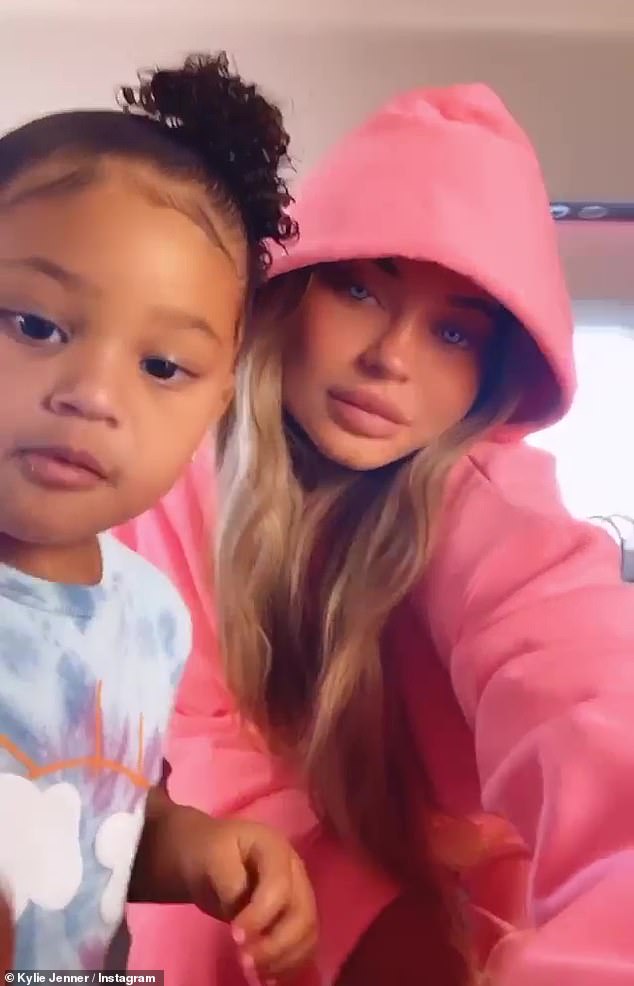 Girls’ day: Kylie Jenner shared some striking selfies on Sunday as she hung out with daughter Stormi, two

Kylie donned a pink hoodie which matched the lighting inside the Kylie Skin jet.

She showed off her pink pout in a series of selfies including one also taken inside her Rolls Royce with matching rose-hued leather seats.

The 23-year-old reality star and beauty mogul has confessed she rarely shows off her ‘true personality’ to the public, because she finds it easier to deal with the ‘really mean things’ her critics say about her if she knows they’re commenting on a persona, rather than her real self. 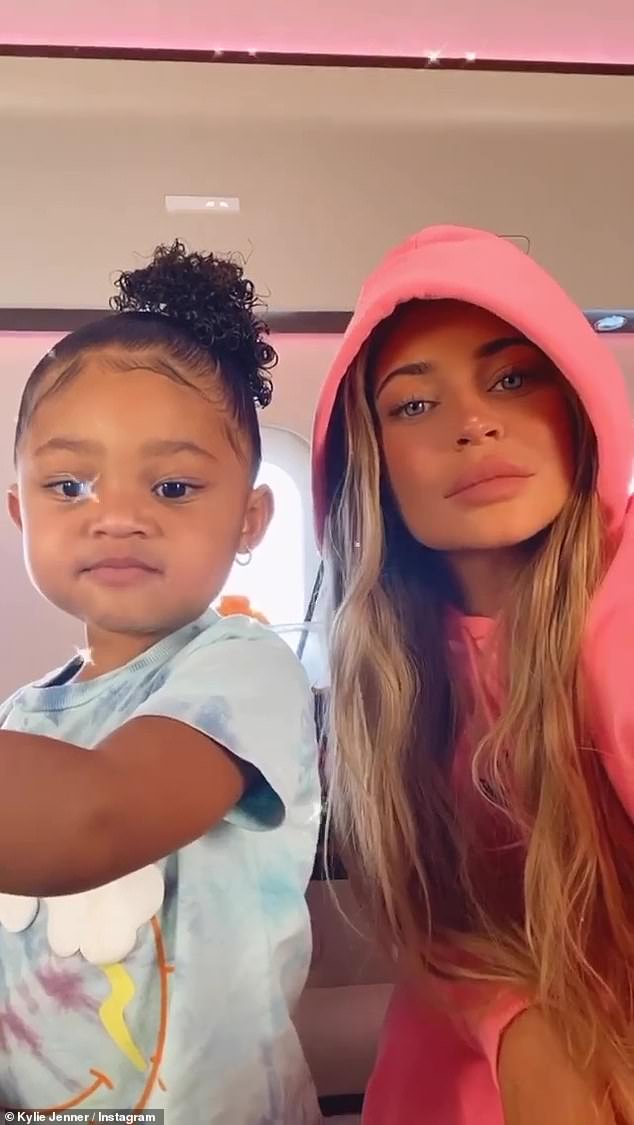 Tot: The duo appeared to be on Kylie’s customized private jet in the photos and videos she shared to Instagram 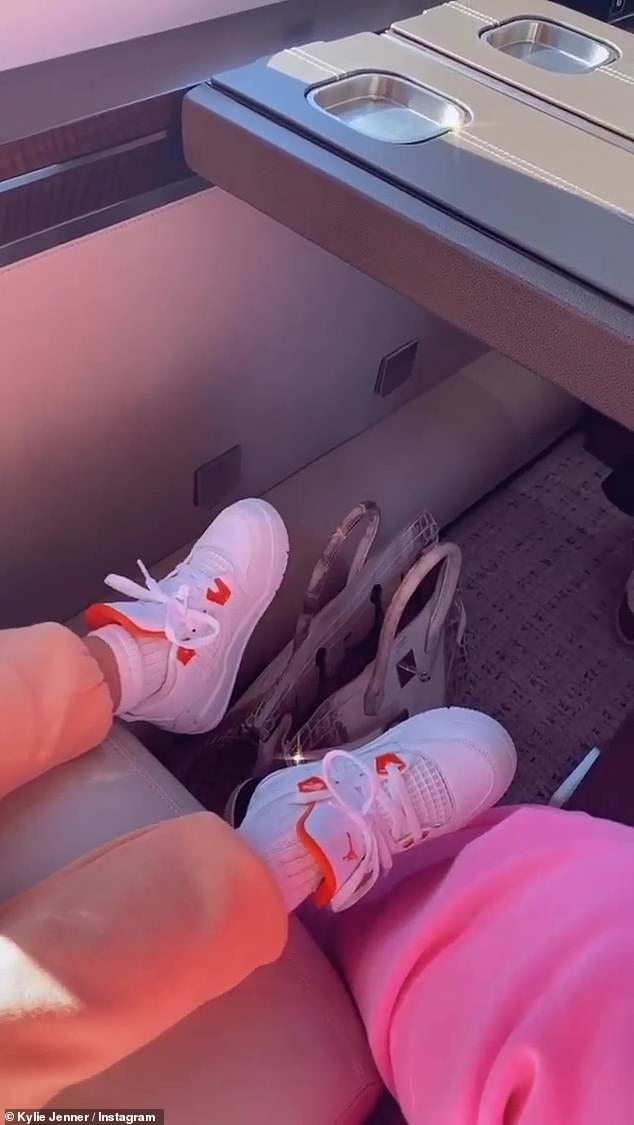 Where are they going? The 23-year-old shared this snap of Stormi’s legs sat as they sat side-by-side on the plane

Speaking to YouTube star James Charles in a video for his channel, she said: ‘I think that I showed my true personality for so long ago on Vine and Instagram. But as I got bigger and bigger, I realized … when people used to say really mean things about how I really am, my personality and what I love the most about myself, it would hurt me more than almost playing a character.

‘So I just started doing a little less, which is sad. It makes me sad.’

However, Kylie has admitted she does want to ‘do more things’ on her own YouTube channel where she can show off her authentic self to her fans.

The Keeping Up with the Kardashians star previously opened up on the ‘constant pressure’ she feels to maintain her ‘image’ back in 2017, when she said she put on a ‘different persona’ for the world. 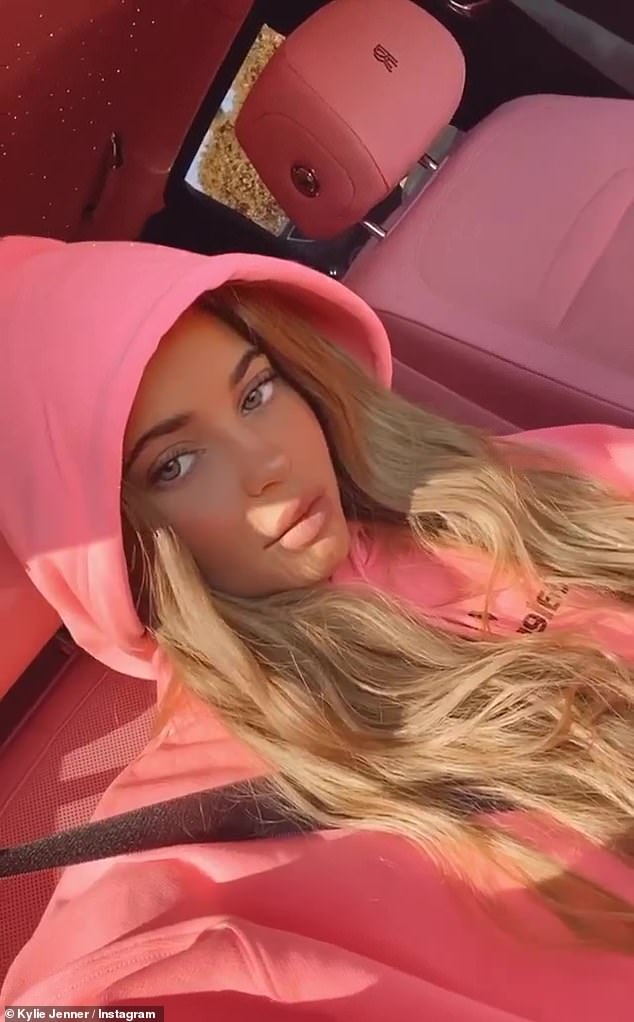 Pout and about: The reality star showed off her golden locks and plump pout in her Rolls Royce 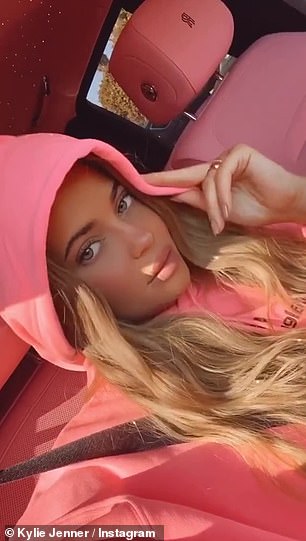 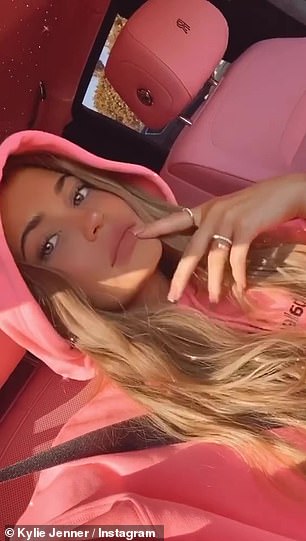 Pretty in pink: The TV star coordinated with the interior of her car

She said: ‘There’s an image that I feel constantly pressured to keep up with. In order to stay relevant for the public, I have to be on Instagram and I have to be on Snapchat just keeping people entertained.

And then there’s who I really am around my friends. That’s who I want you guys to get to know.

‘It’s way easier for me to post on Snapchat or Instagram than it is to be out in public. I just feel like for so long I’ve been putting on this different persona to the world – I felt like I started to depend on social media, feeling the need to post all the time. I feel like I have to keep up this idea of who I am.’ And at the time, Kylie also disagreed with those who said she has a ‘perfect life’.

She added: ‘[I] laugh. In their face. Nobody has a perfect life. The only different thing about me, or out of the ordinary, really, is probably just that I have nice things. But what you realize when you get there – when I know I could buy any car, any house – is that that happiness lasts two seconds.’ 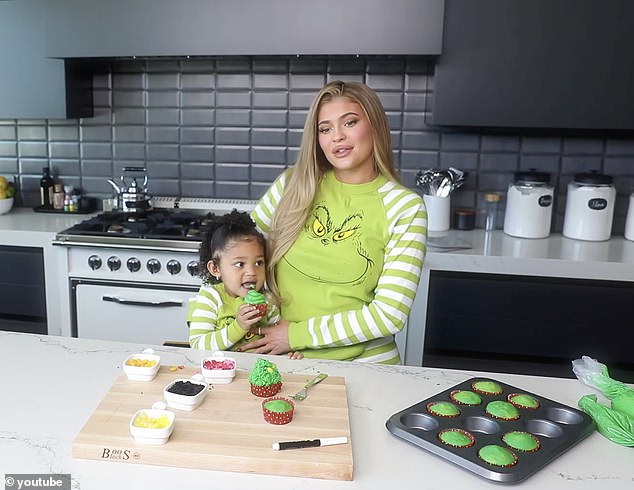