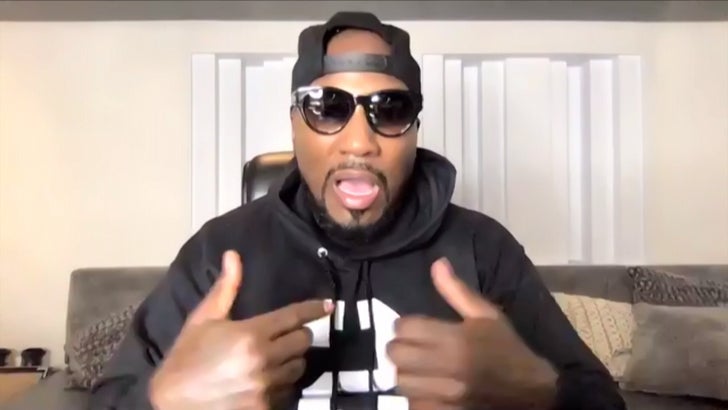 Jeezy‘s had enough of his culture being linked to guns, feuds, violence and death — and he says his highly-viewed Verzuz episode was a chance to address those issues.

The rapper told us what the real takeaway should be from Thursday night’s showdown with Gucci Mane … which set a Verzuz record with nearly 2 million viewers. Jeezy tells us more than anything … the unprecedented event presented an opportunity to reflect on what’s been going on in Black culture.

Sadly, some of what’s been going on has been shooting deaths of young artists, like King Von, Mo3, Pop Smoke and so many more … not to mention Nipsey Hussle‘s murder last year.

Jeezy says THIS is the issue his people should be focusing on, and it’s so much bigger and more important than his beef with Gucci. However, he’s happy their battle allowed them to set an example.

As we reported … this led to a peaceful resolution between Jeezy and Gucci over a 15-year beef sparked by the killing of Jeezy’s friend Pookie Loc. It’s pretty clear … Jeezy wants what happened Thursday night to become the norm for young people — in and out of the music industry.

Jeezy says the messaging on his new album, “The Recession 2,” goes hand in hand with his powerful speech during Verzuz — evolving and getting better.

He also hopes his album helps remind everyone what people have been fighting for in recent months following the killings of George Floyd, Breonna Taylor, Ahmaud Arbery and others.

There’s also a more literal meaning to the album’s title, and Jeezy talked to Big Boy about how business partners taught him what a recession is … and why he was inspired to share that knowledge with his fans.

Believe it or not … there’s a Barack Obama twist!