‘All they did was jump in an Uber!’ Ex I’m A Celeb winners Vicky Pattison and Scarlett Moffat slam ‘easy’ new series as they claim campmates should have ‘ice cold showers’

By Kate Dennett For Mailonline

This year’s I’m A Celebrity… Get Me Out of Here! campmates have been faced with gruelling conditions at Gwrych Castle in freezing North Wales this year.

But past winners Vicky Pattison and Scarlett Moffatt have claimed this year’s series is much ‘easier’ and are outraged that the campmates are given ‘hot’ showers, The Sun reported.

I’m A Celebrity has relocated to icy cold Wales from its normal balmy location of Australia for its first ever UK series amid the Covid-19 pandemic. 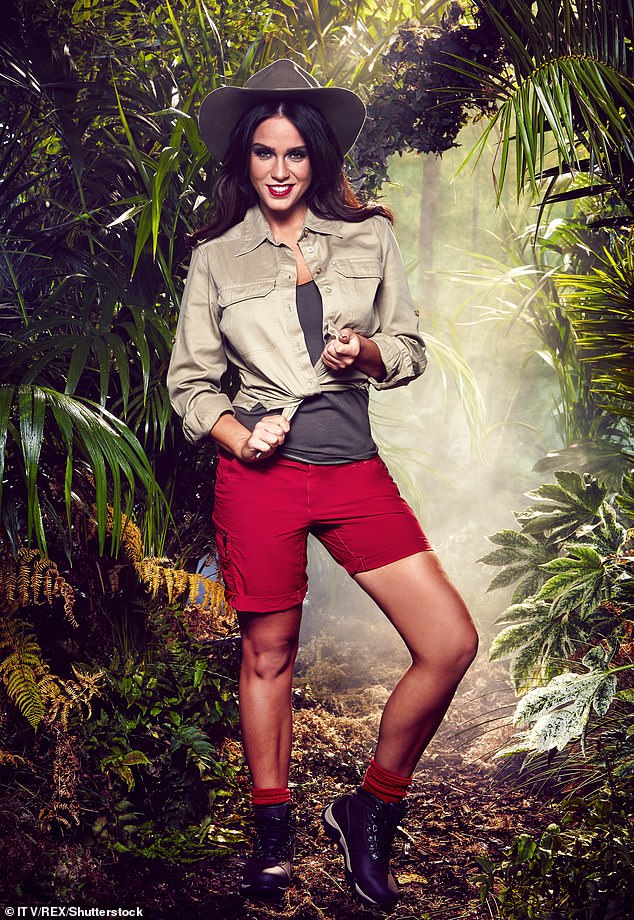 Easy! Past I’m A Celebrity winners Vicky Pattison and Scarlett Moffatt have claimed that the first ever UK series is much ‘easier’ than the normal stint in Australia

However Geordie Shore star Vicky, 33, who won the series in 2015, said that a lot of former campmates will think ‘what the f**k’ after watching this year’s ‘easy’ show.

She told The Sun: ‘I do think there’s going to be a lot of past campmates sitting round and watching this year’s I’m A Celeb and going, “What the f***? They have it so easy compared to us”.’

Meanwhile the 2016 series winner Scarlett, 30, said she ‘got so angry’ after seeing the campmates having ‘hot water’ for their showers.

The ex-Gogglebox star explained: ‘I know they’re in Wales so it is cold, but they should have ice cold water, that’s part of the experience. Why have they got hot water?’ 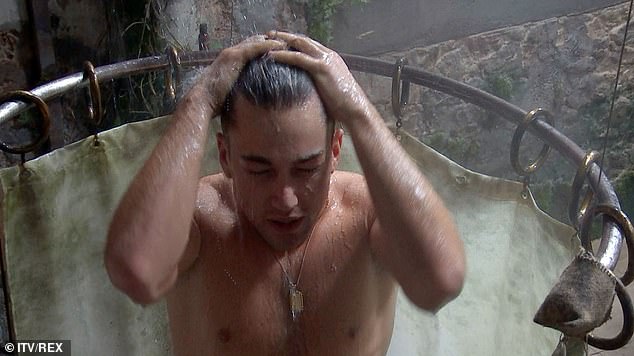 Hot water?! 2016 series winner Scarlett, 30, said she ‘got so angry’ after seeing the campmates having ‘hot’ showers – even though that they are in freezing North Wales 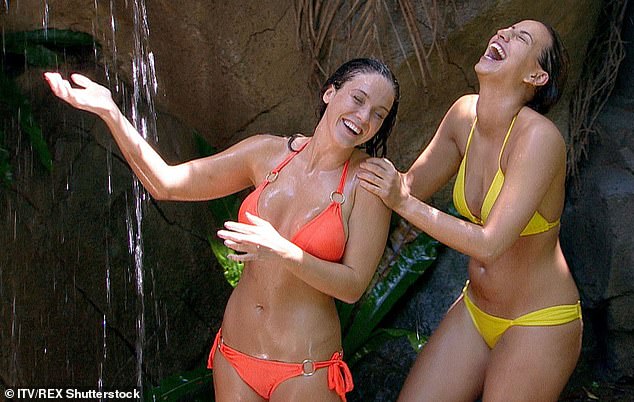 Outrage: Geordie Shore star Vicky, 33, (pictured with Ferne McCann) who won the series in 2015, said former campmates will think ‘what the f**k’ after watching this year’s ‘easy’ show

She went on to claim that the trials are easier this year and said it would have been ‘the dream’ to deal with rotten tomatoes like in Russell Watson and Ruthie Henshall’s first task.

Scarlett hilariously said that her hairdresser ‘started screaming’ after taking her extensions out when she left the show as she had ‘about four cockroaches’ crawling in her hair.

But despite the stars slamming this year’s series, Vicky also said that she felt ‘sorry’ for the campmates, who were not able to travel to Australia amid Covid-19 rules.

She explained that the ‘fancy flight’ and the glorious weather were by far the ‘best parts’ of taking part in the ITV show.

She told The Sun: ‘All they did was jump in the back of an Uber.’ 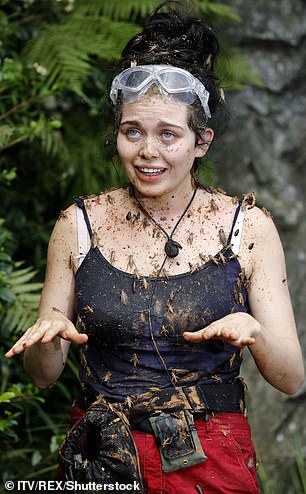 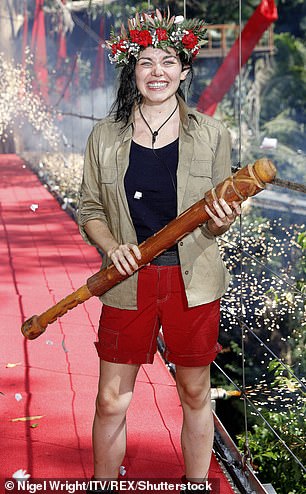 Gross! Scarlett claimed that this year’s trials are easier as she told of when her hairdresser ‘started screaming’ after taking her extensions out as she had ‘four cockroaches’ in her hair

This year’s twelve campmates have been faced with living in a derelict castle during their stint on the show, rather than in the jungle, and continue to battle England’s chilly autumnal weather.

Ant McPartlin and Declan Donnelly are hosting the series once again, while Vick Hope is fronting The Daily Drop, a brand-new series following all camp activity, available on ITV Hub every morning after the main show.

The Geordie duo, the contestants and crew will be tested for COVID-19 every three days throughout the series, with the campmates able to mix freely while they live in the camp as they form their own bubble.

The 2020 series, which kicked off with a bang on ITV on Sunday evening, is expected to last just 20 days – two shorter than normal.

I’m A Celebrity… Get Me Out Of Here! continues nightly at 9PM on ITV