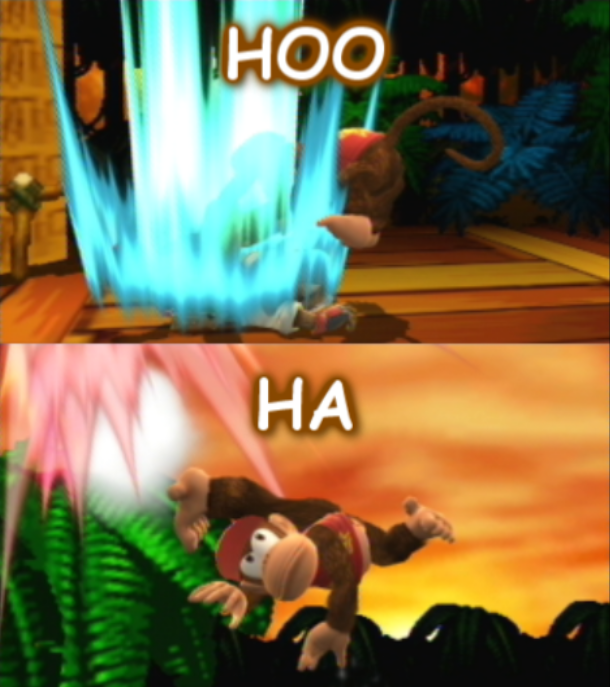 Hoo Hah is an onomatopoeic expression for a combo move used by the character Diddy Kong in the fighting game Super Smash Bros. for 3DS & Wii U, which gained well known among Smash Bros. players for its ease of use and effectiveness.

The name “hoo hah” comes from the noises made by ape character Diddy Kong as he performs a combo, which consists of a downward throw and an upward aerial attack. On January 17th, 2015, the Smash Bros.-themed YouTube channel GRsmash uploaded a video of professional Smash player Hungrybox quitting in the middle of a professional fight where, after repeatedly succumbing to the combo. In the audience, Smash player StaticManny can be heard heckling him by shouting “hoo hah”. In the first five months, the video gained over 250,000 views.

On the following day, the video was submitted to the /r/smashbrossubreddit, where it gained over 600 upvotes and over 600 comments prior to being archived. On January 25th, professional Smash player Omni uploaded a video explaining the technique’s origin and the community’s reaction (shown below, left). On March 8th, YouTuber AlpharadTV uploaded a compilation of Hoo Hah combos featuring an edited version of the theme song to the Donkey Kong Country animated series (shown below, right). As of May 2015, there are over 450 search results for “hoo hah” on the SmashBoards Forums, though this number may be too low an estimation as the board’s search function cuts off results at April 2015, months after the term first rose in popularity.

Death of the Hoo Hah

In April 2015, both versions of Super Smash Bros. 4 were patched to accommodate for several new features, such as the character Mewtwo; alongside this, most characters received changes to balance the game out. Additionally, the Hoo Hah combo was noticeably nerfed. Fans noted this with jokes about the “death” of the Hoo Hah. 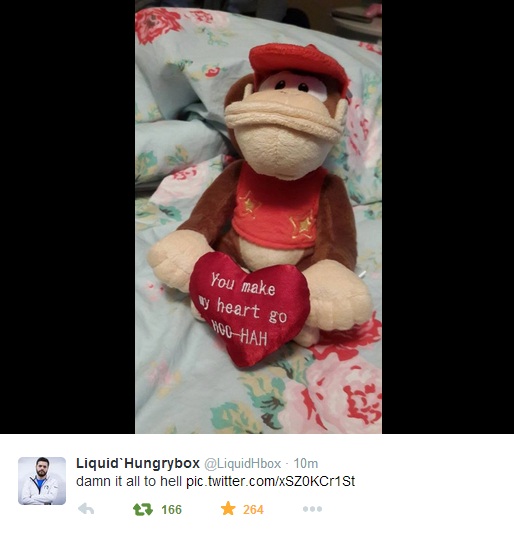 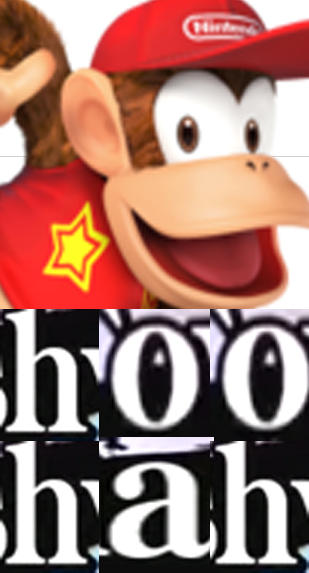 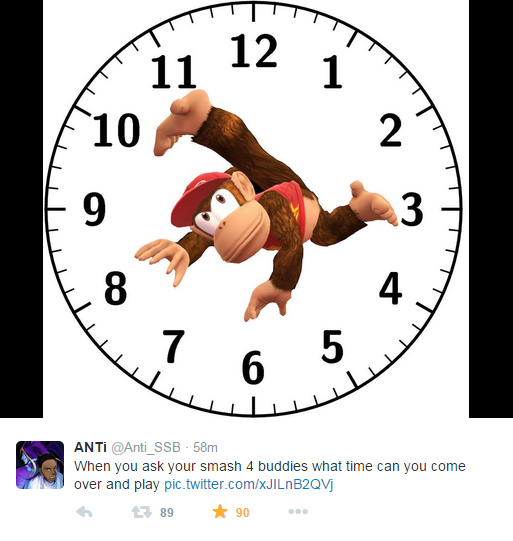