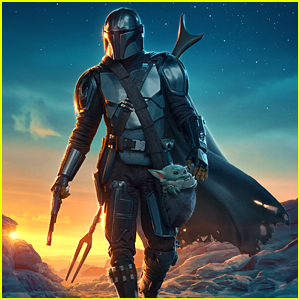 The Mandalorian carries the Child in a pouch in the stunning new poster for season two of the hit Disney+ series.

In season two of The Mandalorian, the title character and the Child continue their journey to a snowy planet, where they face enemies and rallying allies as they make their way through a dangerous galaxy in the tumultuous era after the collapse of the Galactic Empire.

Pedro Pascal, Gina Carano, Carl Weathers and Giancarlo Esposito star in the series, which is back for a new season on October 30.

Many other stars have joined the upcoming season including WWE’s Sasha Banks, Timothy Olyphant, and Temura Morrison as Boba Fett.

If you didn’t see, The Mandalorian was actually one of the most pirated shows during the pandemic. See what the others were here!