‘Is she going home?’ Explosive new Bachelor trailer hints Bella Varelis will be eliminated – as Locky Gilbert says he ‘can see a future’ with bookies’ favourite Irena Srbinovska

Bella Varelis is a rumoured top-two contestant on this year’s season of The Bachelor.

But an explosive trailer for Wednesday’s rose ceremony suggests she could be sent home earlier than expected.

In the trailer, the marketing consultant, 25, accuses rival Irena Srbinovska of ‘telling Locky what he wants to hear’ before pulling the Bachelor aside. 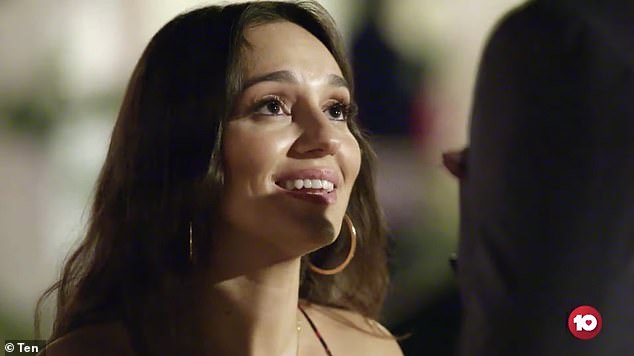 ‘Is she going home?’ An explosive new Bachelor trailer hints that Bella Varelis (pictured) will be eliminated – as Locky Gilbert says he ‘can see a future’ with bookies’ favourite Irena Srbinovska

‘I don’t want her to get in between us,’ Bella tells Locky.

But Locky isn’t impressed, telling producers: ‘I am actually pretty upset. I have seen a side of Bella I didn’t think I would see.’

At the rose ceremony, he is shown putting down his final rose and taking Bella outside for a chat as the other contestants look on. 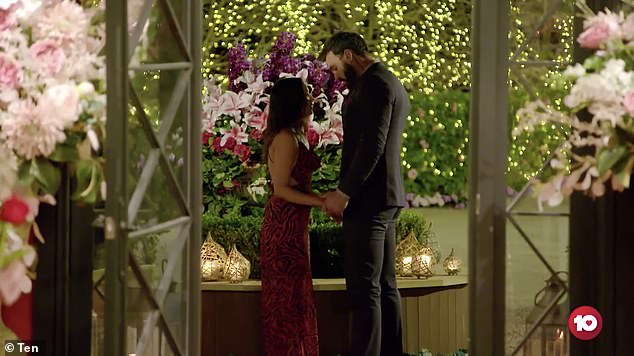 Bold move! In the trailer, the marketing consultant, 25, accuses rival Irena of ‘telling Locky what he wants to hear’ before pulling the Bachelor aside

A car is then seen driving away, as a voice-over says: ‘I’ve never seen Locky like this. Is Bella going home?’

In stark contrast, Locky’s romance with nurse Irena, 31, seems to be blossoming as the pair discuss starting a family.

‘I can see, like, future, kids, house. With you, it just feels so normal,’ Locky tells her. 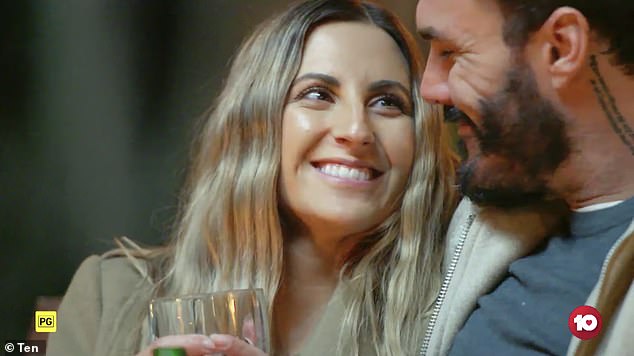 Moving fast! In stark contrast, Locky’s romance with Irena, 31, seems to be blossoming

The couple then kiss during what appears to be a romantic camping date.

Both women have shared telling Instagram posts ahead of tonight’s episode, with Irena cheekily saying her blazer dress was ‘stolen from Locky’s wardrobe’.

Meanwhile, Bella was much more subdued, writing: ‘Emotions are running high tonight. Tune in at 7:30pm as we reach the tail end of this crazy journey.’

The Bachelor continues Wednesday at 7:30pm on Channel 10 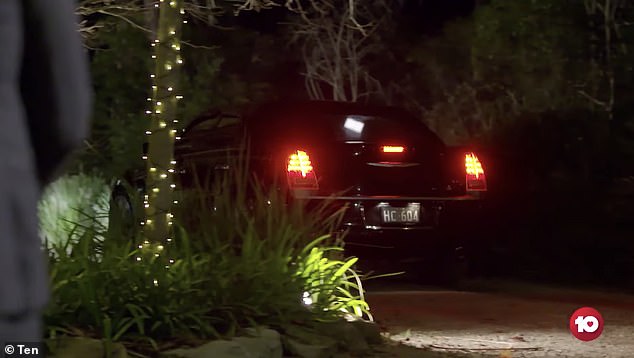 Your Uber is here! The trailer ends with a limousine driving away as a voice-over says: ‘I’ve never seen Locky like this. Is Bella going home?’