‘You have permission to laugh!’ Sam Frost shares hilarious beauty fail on Home and Away – but did YOU spot it?

She’s the resident beach babe in Summer Bay, but Sam Frost had an unfortunate beauty fail while filming Home and Away.

Posting to her Instagram Stories on Monday, the 31-year-old poked fun at herself, sharing a number of images in which she was sporting some very dark eyebrows.

The actress, who plays Jasmine, explained that fans can see her new look in scenes airing on TV this week. 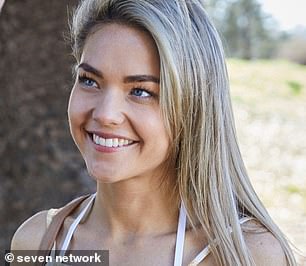 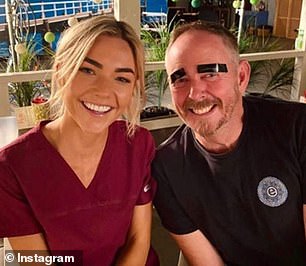 New look: Posting to her Instagram Stories on Monday, Sam Frost poked fun at herself, sharing a number of images in which she was sporting much darker eyebrows (right) than usual (left)

‘Oi, remember the time my eyebrows accidentally got tinted black & no-one took me seriously because I looked like an angry muppet??’ she captioned the pictures.

‘Anyway, the episodes air this week on Home and Away, you all have permission to have a lol about it.’

Accompanying the post, she shared a still from the episode and compared her eyebrows to muppet Sweetums. 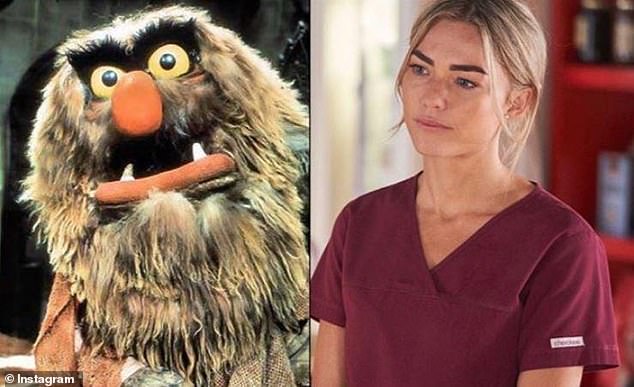 Lookalike? Accompanying the post, she shared a still from the episode (right) and compared her eyebrows to muppet Sweetums (left)

In another photo, she was posing with a pal who had put black tape over his eyebrows, to mimic the former Bachelorette’s brows.

The post comes after Sam wowed fans on the weekend, as she flashed her washboard abs in a crop top.

Sharing her gruelling workout on Instagram, Sam revealed to fans how she keeps in such great shape. 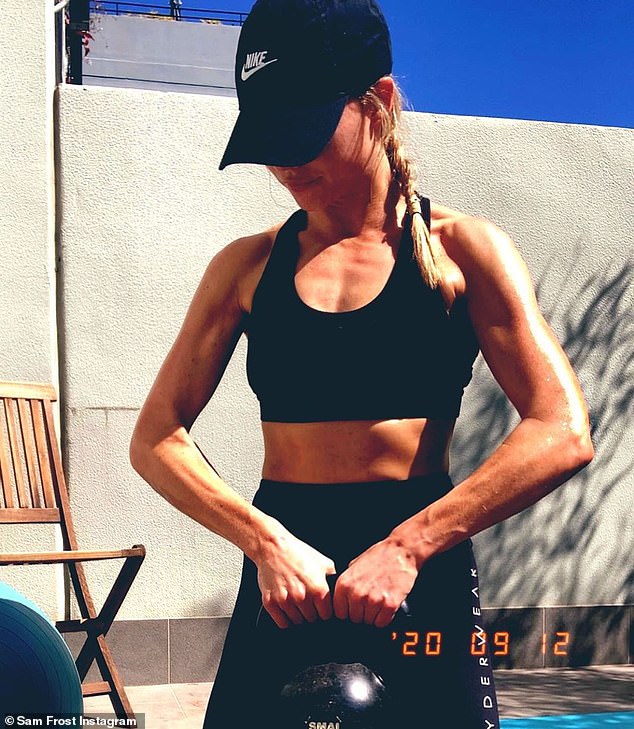 Keeping fit! At the weekend, Home and Away star Sam Frost showed off her washboard abs in a crop top as she revealed her gruelling workout routine that targets the booty and core

‘Little biddy of a core sesh today, specific details on my IG story,’ Sam captioned one photo of herself at the weekend, as she lifted a dumbbell.

In the image, she stunned as she showed off her toned physique in a black crop top, high-waisted leggings and a cap.

According to Now to Love, Sam’s favourite exercises to target the booty, include squat jumps, step-ups and donkey kicks.

For the abs, she does four sets of exercises including kettlebell side bends and planks. 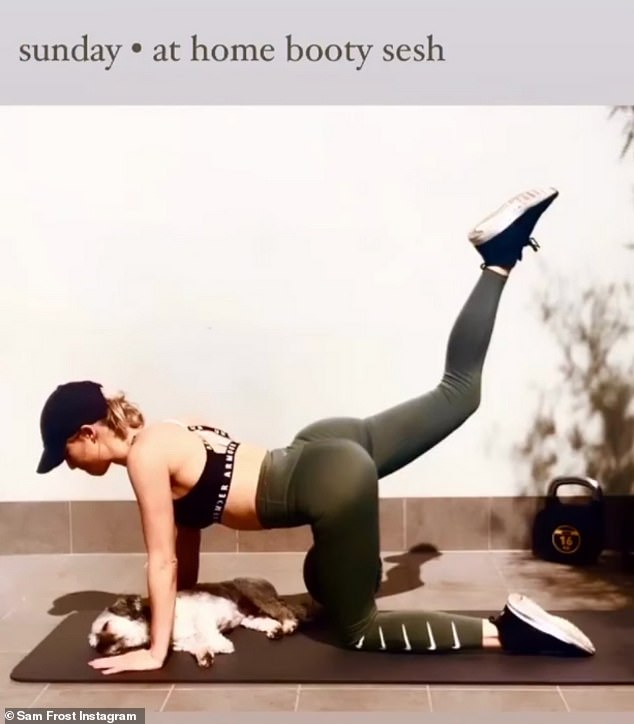 Go Sam! The actress shared pictures of her workout on her Instagram and showed off her figure in her activewear