Nicola Adams will allegedly become the first female contestant to wear trousers throughout her run on Strictly Come Dancing.

The boxer, 37, is said to not want to wear dresses as it would feel ‘unnatural’, as it was also claimed professional Katya Jones had won the battle to be her dance partner.

A source speaking to The Sun on Saturday said of Nicola’s wardrobe choices on the show: ‘Anyone who knows Nicola will be aware that her wardrobe consists of jeans and trousers so it would be really unnatural for her to wear a dress. 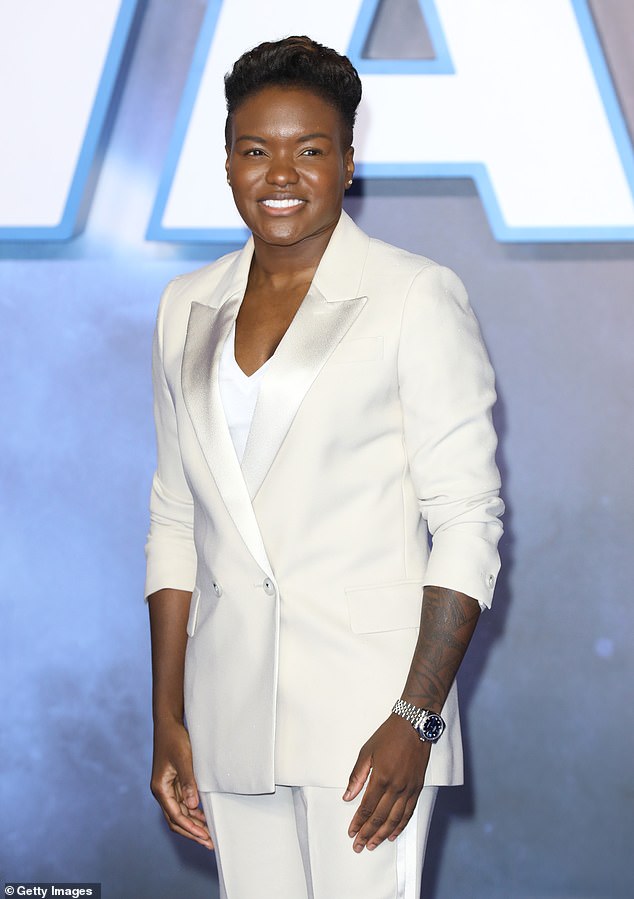 Wardrobe: Nicola Adams ‘is set to become the first female star not to wear a dress on Strictly’, it was claimed on Saturday

‘As far as the Strictly bosses are concerned, it’s a personal choice and they want her to feel comfortable taking part.

‘The costume department is famous for pulling out all the stops and thinking outside the box.’

The source added that the costume department have already made plans to deck Nicola’s suits with sparkle and sequins, and the professional athlete is said to be thankful show bosses are keen to ensure she feels ‘relaxed’.

Meanwhile, Katya’s ‘strong interest’ in working with Nicola as part of the show’s first same-sex dance couple has meant she’s ‘winning’ the battle to to do so, according to a report from The Daily Star. 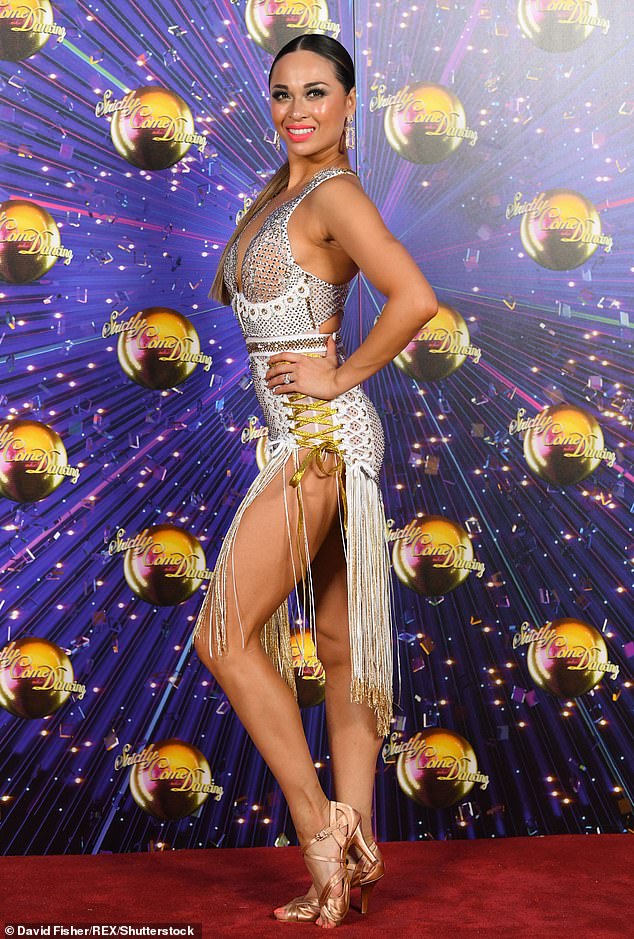 ‘Keen interest’: It was also reported that Katya Jones is  winning the battle to be Nicola’s dance partner on the show

A source speaking to the publication claimed that ‘multiple’ professionals were considered for the role, but were said to be ‘excited’ by Katya taking the part.

They explained: ‘Producers were excited by Katya’s strong interest in being paired with Nicola and are confident she would be the best fit.

‘They are extremely excited to see them together and they expect the audience to be totally wowed.

‘It’s uncharted territory for everybody involved but we’re all just here to have fun and the show and public are behind them all the way.’ 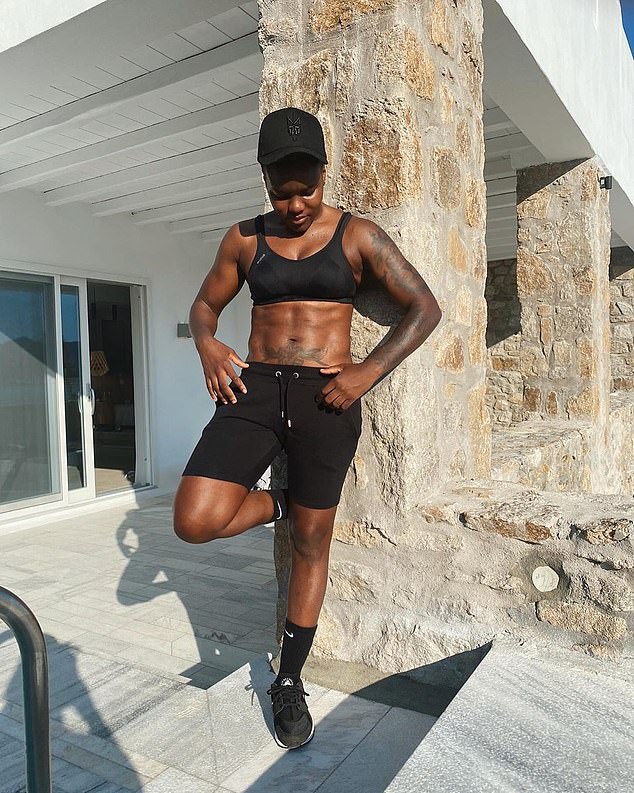 Supportive: The boxer is said to not want to wear dresses as it would feel ‘unnatural’ to her, and the Strictly wardrobe department are keen to make sure she’s ‘comfortable’ on stage

It was previously reported that Katya was hoping to be paired with boxer Nicola after admitting she would ‘love’ to be apart of the first same-sex pairing.

The beauty is said to be a ‘huge believer in girl power’ and is ‘telling everyone’ how much she wants to be paired with the Olympic gold medallist.

Katya is also apparently still keen to redeem herself after she was caught kissing her dance partner Seann Walsh, 34, in 2018. 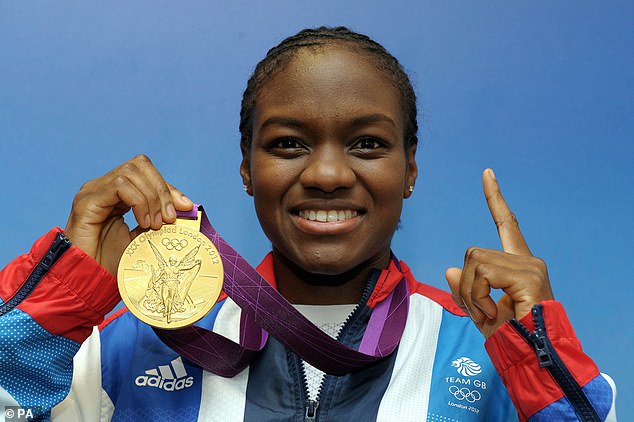 In her corner: A source claimed that ‘as far as the Strictly bosses are concerned, it’s a personal choice and they want her to feel comfortable taking part’

Shockwaves were sent through the Strictly dance floor when married Katya was pictured locking lips with her comedian partner during a pub trip.

A source told The Sun: ‘She sees it as a chance to make history but also to redeem herself on the show after her scandal two years ago.

‘She’s a real girls’ girl and is keen to move on from that.’

They continued: ‘Equally, show bosses know that Katya will have everyone talking about her and Nicola if they partner them together.’ 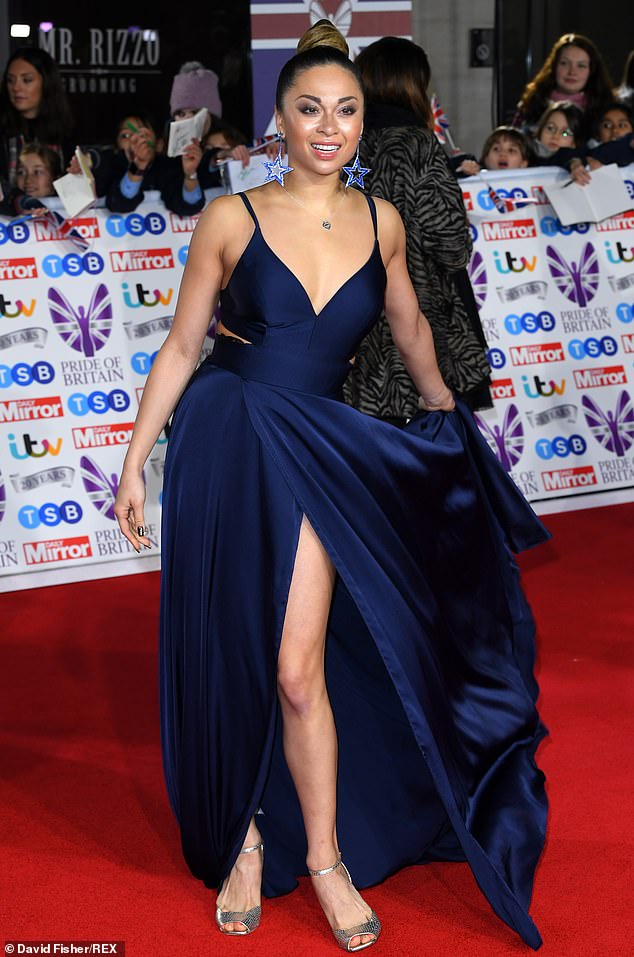 Partnership: Meanwhile, Katya’s ‘strong interest’ in working with Nicola as part of the show’s first same-sex dance couple has meant she’s ‘winning’ the battle to to do so

Nicola is set to be in the first same-sex pairing on the BBC show, as she said in a statement: ‘It’s amazing to be a part of the movement for change, diversity and breaking boundaries in the entertainment industry.’

Speaking live from her home on BBC Breakfast, Nicola said of her groundbreaking all-female pairing: ‘It’s really important, it’s a big step for the show as well. It’s nice to see we’ve been able to move on and I just can’t wait to get some dancing done really.’

Revealing she approached Strictly with the idea for a same-sex pairing, Nicola explained: ‘I asked the show about it. They wanted to know if I wanted to be on the show and I said “yeah I’ll do it but I want to dance with another female dance partner.'”

‘It’s definitely a time for change and time to move on and be more diverse. This is a brilliant step in the right direction. It will be nice for the LGBT community to be able to see that there are same sex couples on the show as well.’ 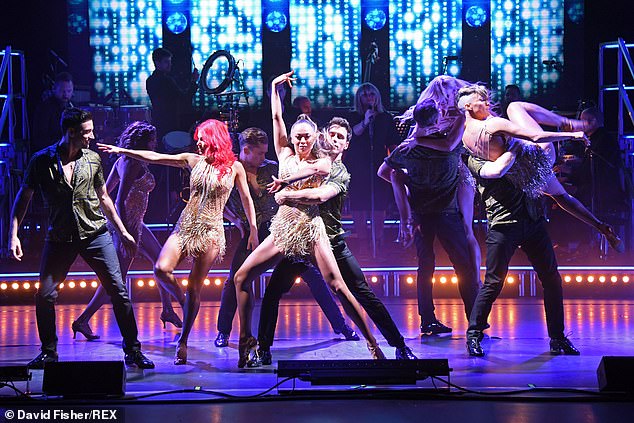 Choices: A source speaking claimed that ‘multiple’ female professionals were considered for the role, but were said to be ‘excited’ by Katya taking the part