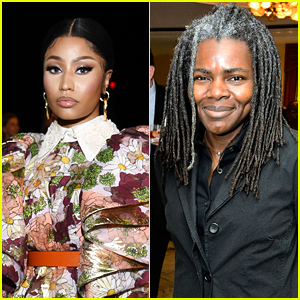 Nicki Minaj came out victorious in her lawsuit against singing Tracy Chapman, as a judge ruled she did not commit copyright infringement.

The lawsuit claimed that Nicki committed copyright infringement when she experimented with Tracy‘s “Baby Can I Hold You” song for her own, “Sorry”.

Variety reports that a judge ruled on Wednesday that Nicki was within the realms of “fair use” of the song and it is not copyright infringement.

Nicki had worked on “Sorry” with recording artist Nasir Bin Olu in 2017 and during that time, she had believed the song was a remake of another track by Shelly Thunder.

Nicki and her reps reached out to Tracy for permission to use the song, but she denied the request.

However, a copy of the unreleased track made its way to DJ Flex, a New York radio DJ, who then played it on the air, which is where the copyright issue comes into play.

Nicki‘s attorneys said that Tracy‘s lawsuit against Nicki “should send a shiver down the spine of those concerned with the entertainment industry” and the added that a ruling in favor of Tracy would “impose a financial and administrative burden so early in the creative process that all but the most well-funded creators would be forced to abandon their visions at the outset.”

The judge agreed, and in writing stated that “artists usually experiment with works before seeking licenses from rights holders and rights holders typically ask to see a proposed work before approving a license. A ruling uprooting these common practices would limit creativity and stifle innovation within the music industry.”

Recently, Nicki shared some happy news in her personal life. See what it is here…