Finding a message in a bottle on the beach is one thing, but this guy found a brain washed ashore … wrapped in foil!!!

The gross discovery happened on the shores of Lake Michigan Tuesday morning in Wisconsin when a beachcomber out for his daily stroll came across a square package of aluminum foil, held together by a pink rubber band. 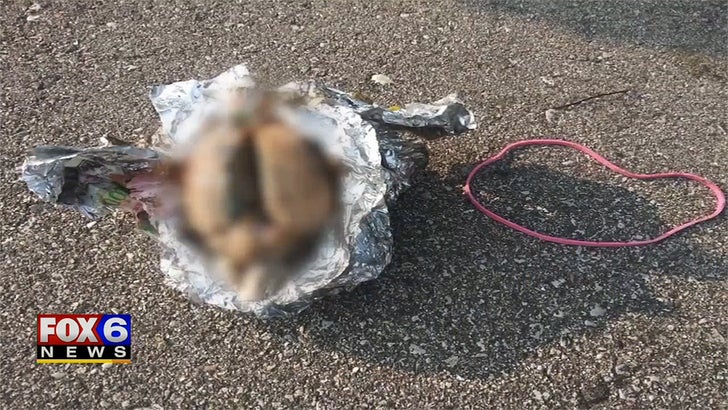 Jimmy Senda says curiosity got the best of him, so he opened the package to discover the gruesome contents.

At first, Jimmy says his own brain didn’t even register what he just found … and then after a few moments he realized he wasn’t holding a chicken breast — as he initially thought — but rather someone or something’s noodle.

Jimmy called the police to investigate, and the Racine County Medical Examiner tells TMZ … the brain is NOT human. Their early take is appears to be from a cat.