‘I was so skinny!’: Lauren Goodger pines for her figure as she risks facing more backlash by sharing ANOTHER throwback picture with ex Mark Wright

By Natasha Hooper For Mailonline

She received backlash last week for sharing a throwback picture with her ex-boyfriend, Mark Wright.

And Lauren Goodger may have landed herself in hot water once again as she shared another image from the past with her ex-lover, 33, as she pined for her ‘slimmer’ figure.

The TOWIE star, 33, declared ‘I was so skinny’ as she shared some old photos with her social media followers on Saturday. 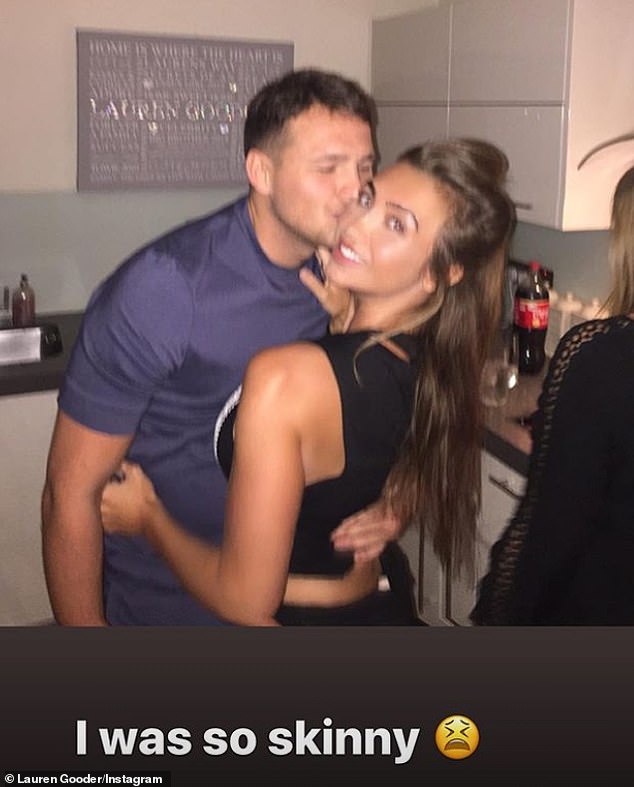 Those were the days: Lauren Goodger shared a throwback image cuddled up to her ex-lover Mark Wright as she weighed in on her smaller frame

In the first photo shared to her Instagram story, Lauren posted a saucy throwback picture of her in black lingerie.

Lauren was bronzed to perfection and she put her ample assets on full display in the revealing image. 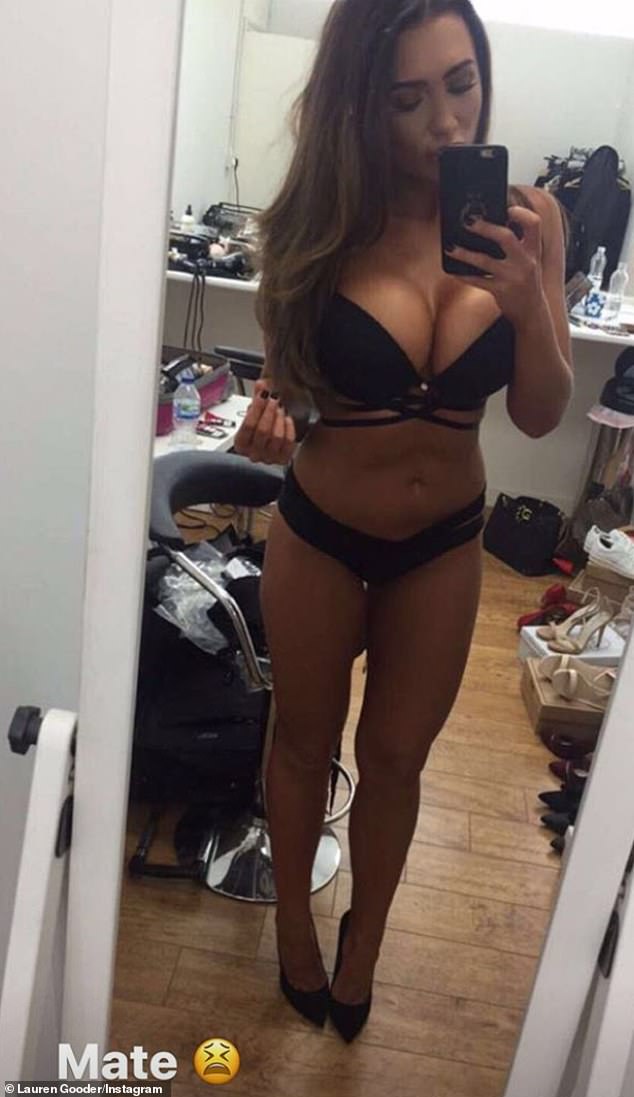 Enviable curves: In the first photo shared to her Instagram story, the former TOWIE star, 33, posted a saucy throwback picture in black lingerie 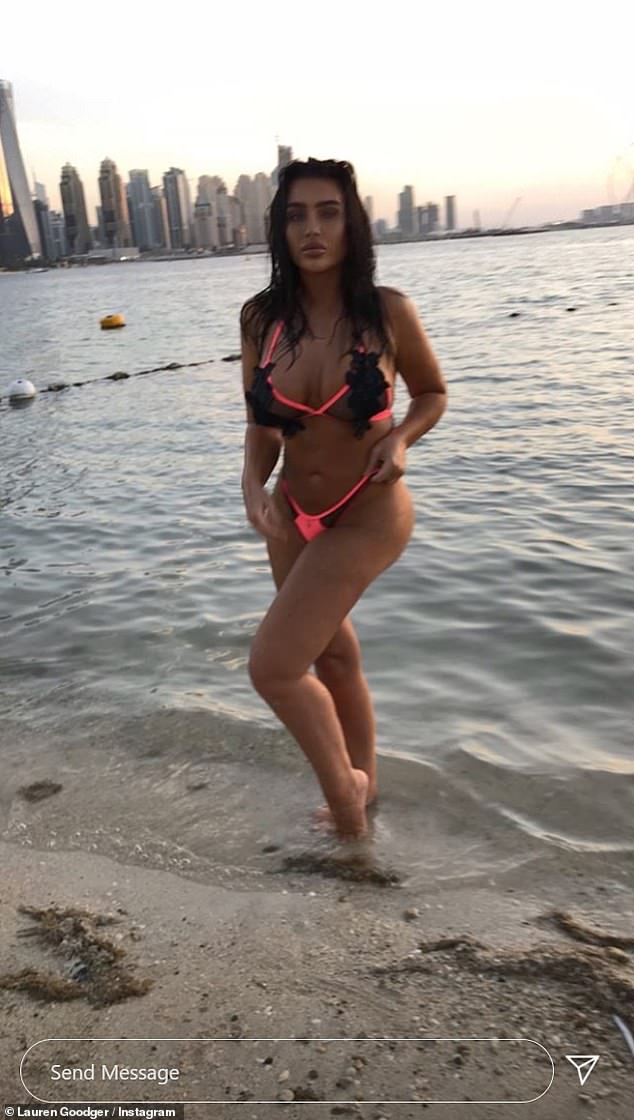 Beach babe: Lauren also posed up a storm in bikini pictures re-uploaded from her holiday to Dubai last year

The television personality also posed up a storm in bikini pictures re-uploaded from her holiday to Dubai last year.

She displayed her sensational figure in a neon pink and lace cut-out bikini as she sashayed out of the sea and played with her water-drenched tresses.

Lauren then posted a throwback picture cuddled up to Mark as he wrapped his arm around her waist and planted a kiss on her cheek. 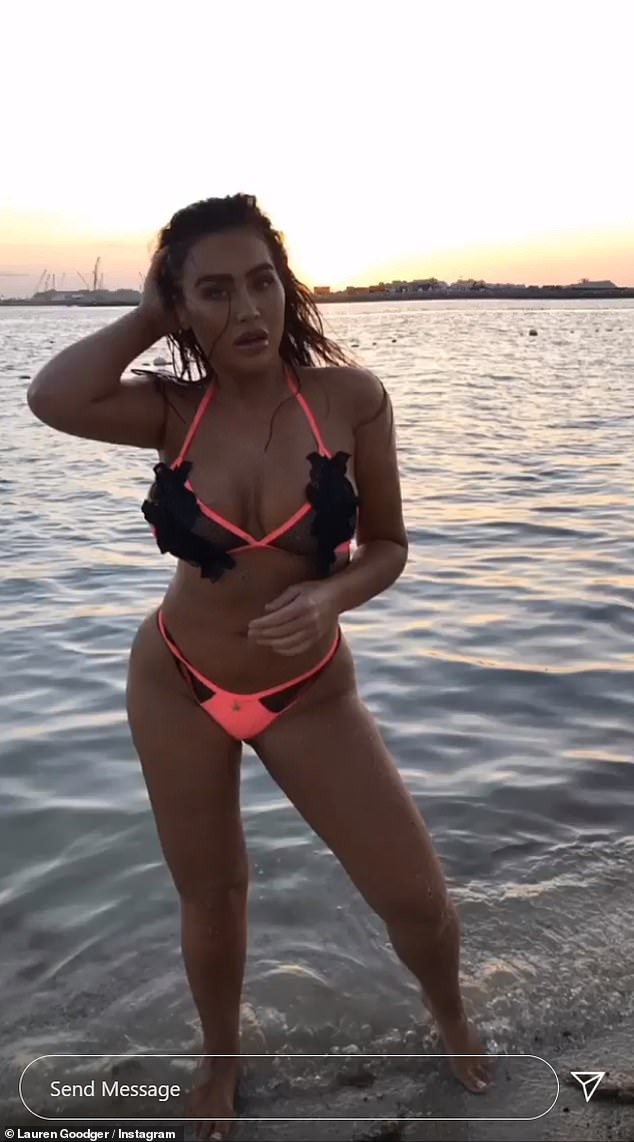 Bond girl: She displayed her sensational figure in a neon pink and lace cut-out bikini as she sashayed out of the sea and played with her water-drenched tresses

The brunette beauty was seen wearing a black top and she styled her hair in a half-up half-down ‘do, as she captioned the image: ‘I was so skinny.’

The Essex starlet received criticism for sharing a throwback picture with her ex-boyfriend last week, after some fans thought it was disrespectful, given he is now married to Michelle Keegan.

Childhood sweethearts Lauren and Mark, became engaged on the reality show, after both starring since its inauguration in 2010, and they were a couple for 11 years before suffering an extremely acrimonious break-up in 2012.

Despite leaving on bad terms, Lauren shared a slew of throwback snaps- including a red carpet picture with Mark- to celebrate the 10 year anniversary special of TOWIE.

The reality star took to Instagram to thank the famous show for providing her with meaningful ‘memories’ and insisted she’s ‘proud’ of all her castmates.

Lauren wrote in the accompanying caption: ’10 years ago changed my life we created a show called “the only way is Essex” I was 22 when I first started filming and what an amazing journey this has been !!

‘I put my life on national television and we won a BAFTA – not a lot people can say that! You’ve seen me laugh, cry, engaged, break ups and make ups ! I’ve grown up on the screens and it was all real!

‘Congratulations to all the OGs @towie these images are from google thank you for memories and well to all my costars im proud of you all and always will be.’ (sic) 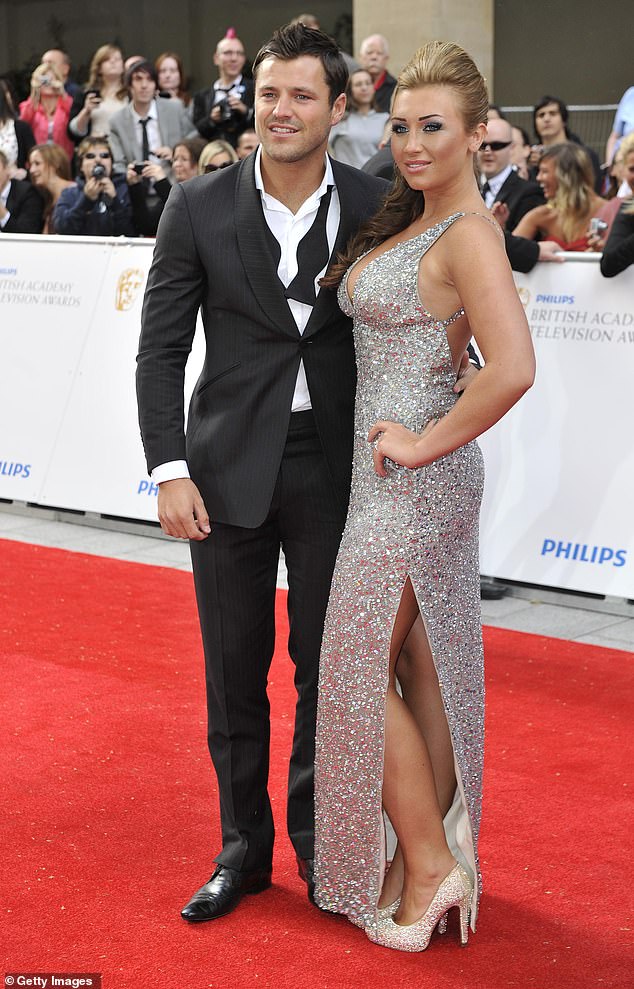 Cause a stir: Lauren received criticism for sharing a throwback picture last week with her ex-beau after some fans thought it was disrespectful given he is now married (pictured 2011)

Following their split, Mark went on to tie the knot in a lavish ceremony with Michelle, 33, in May 2015.

Lauren previously branded their marriage ‘weird’ and claimed they don’t speak to each other.

Speaking to Heat Magazine, she said: ‘I saw them both in the gym. They don’t talk it’s really weird. I was like ‘F**king hell, we weren’t like that’. It’s like they don’t know each other. I can’t go into that though. I’m just so glad that ain’t me’. 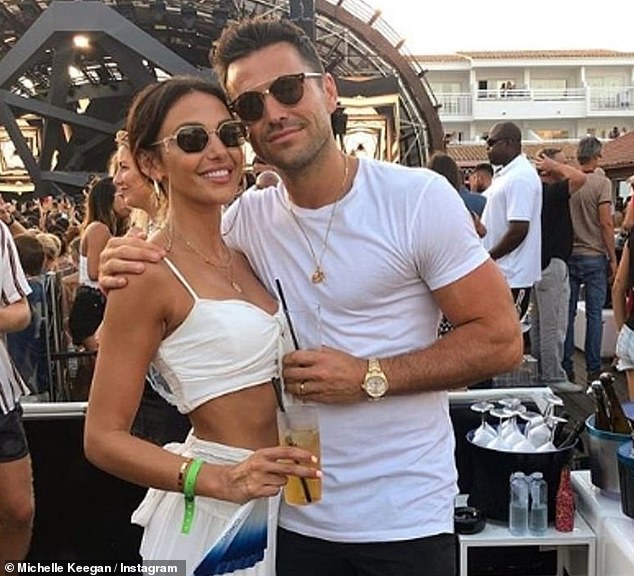 Jealous? Mark went on to tie the knot with the former Coronation Street star, 33, in May 2015 but Lauren branded their relationship ‘weird’ and claims they don’t speak to each other