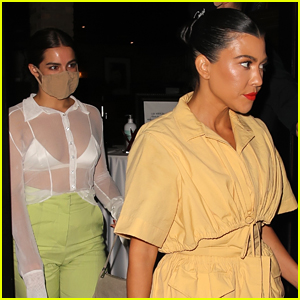 The 41-year-old KUWTK star was joined by her TikTok star BFF Addison Rae.

PHOTOS: Check out the latest pics of Kourtney Kardashian

Earlier that day, a new teaser trailer for the new season of Keeping Up With The Kardashians was released, and it showed Kim Kardashian asking Kourtney if she was trying for another baby with Scott Disick. Check it out!

That same morning, Addison was seen out showing off her curves while posing for photos after a workout.

In case you missed the news, it was recently announced that Addison will make her big screen debut in a gender-swapped remake of She’s All That. The TikToker will take on a re-imagined version of Freddie Prinze Jr‘s role.