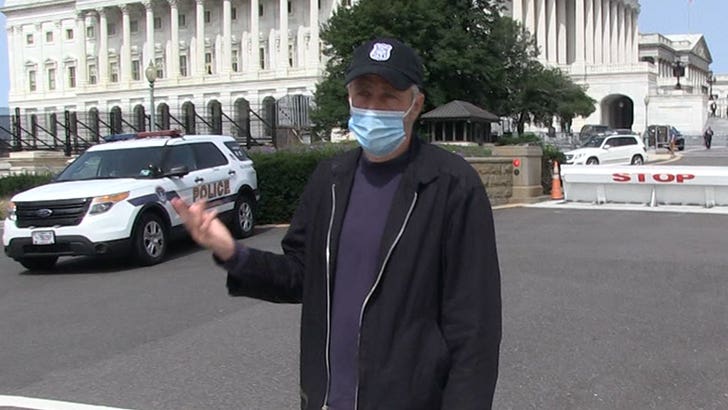 Jon Stewart is calling out Congress for being stingy when it comes to soldiers injured by toxic fumes during battle — and he claims the government’s got the money, it’s just spending it in the wrong places.

We got the comedian Tuesday on his trip to Capitol Hill, where he’s lobbying Congress on behalf of nearly 200,000 veterans who say their health was harmed by exposure to burn pits while serving overseas.

Jon tells us the legislation he wants enacted — making exposure to burn pits a presumptive condition for Iraq and Afghanistan war vets — is way overdo, and he’s comparing it to the 9/11 Victim Compensation Fund.

Problem is … the former “Daily Show” host says Congress has been dragging its feet for more than a decade, which he doesn’t get because he says this is not a partisan issue. He’s ripping legislators for not putting Department of Defense funds “to the right causes.”

If you’re thinking this really is about politics for Jon, you’re wrong. Watch what he said when we asked if President Trump or Joe Biden can fix this problem — or if he’d ever run himself.