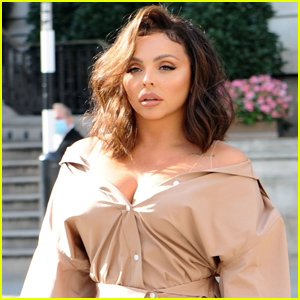 Jesy Nelson is okay after an upsetting live moment.

PHOTOS: Check out the latest pics of Jesy Nelson

Prior to the performance of Harry Styles‘ “Falling,” as part of the Live Lounge series, Jesy – who has been candid about her battle with anxiety in the past – suffered a panic attack on-air that caused her to break into tears, unable to perform, as Perrie picked up the microphone and stepped in as bandmates comforted the star. The moment caused great concern on social media among fans.

“So my nerves got the better of me today and I had panic attack right before we were about to sing this for live lounge today and like a pro @perrieedwards jumped in for my part last minute and smashed it,” Jesy later wrote on her Instagram.

“This is what we originally did in rehearsals.” The girls also performed their latest single, “Holiday.”

We are sending our positive thoughts to Jesy!