By Rebecca Davison for MailOnline

Fifi Geldof looked unrecognisable when she was pictured on a night out with a new short bleached blonde hairstyle.

The make-up artist, 37, appeared to be having a fun night out with friends at a pub and pizza restaurant, after ditching her long brunette hair.

She wore a long floral dress which tied at the waist and showed off a series of inkings on her arm, including a tulip and a feather design. 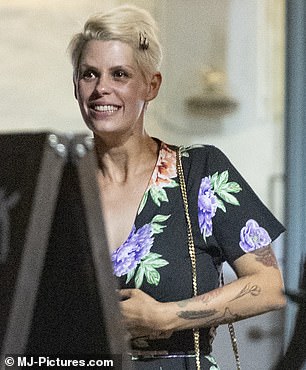 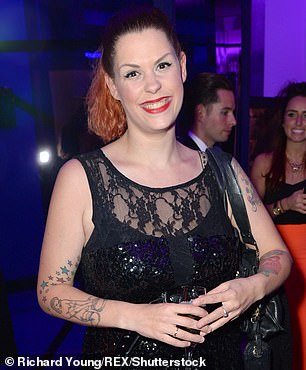 All change: Fifi Geldof looks unrecognisable, (left) with a new short bleached blonde hairstyle as she enjoyed a night out at the pub with friends recently 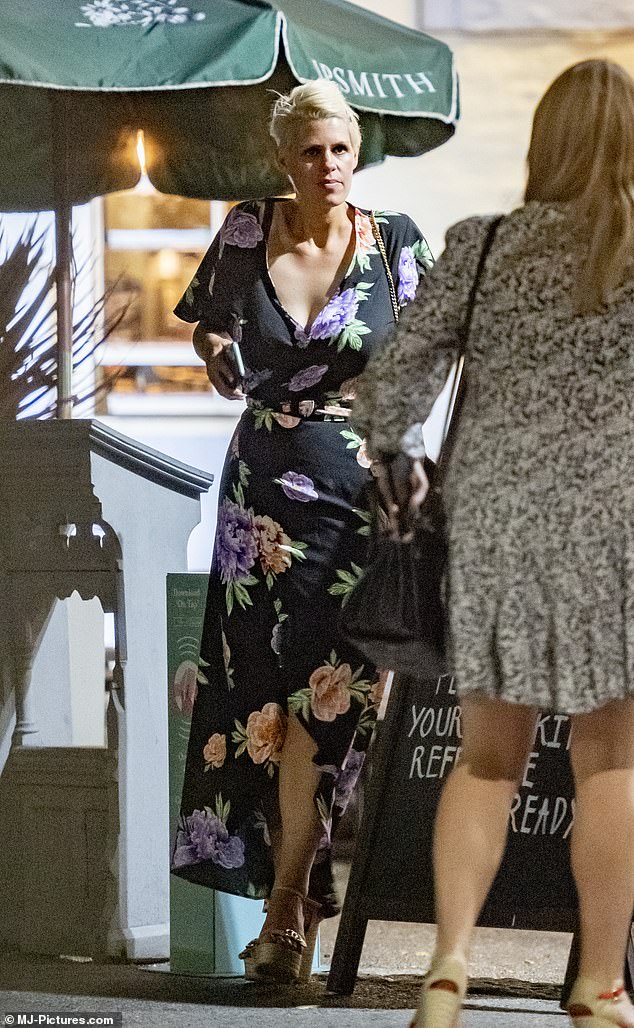 Standing out: She looked striking in a long floral maxi dress which had a split at the front

She wore pink Gucci wedge heels and carried a black YSL bag on her shoulder as she walked outside.

Fifi, who uses the surname Robertson-Geldof on her private social media account, was last pictured at her half-sister Tiger Lily’s graduation in July 2019 alongside Pixie.

She was sporting a blonde short do back then, but styled in a different way.

Tiger Lily, 24, was adopted by Live Aid founder Bob Geldof, 68, after his ex-wife Paula Yates died of a heroin overdose aged 41, in 2000 when Tiger Lily was four years old. 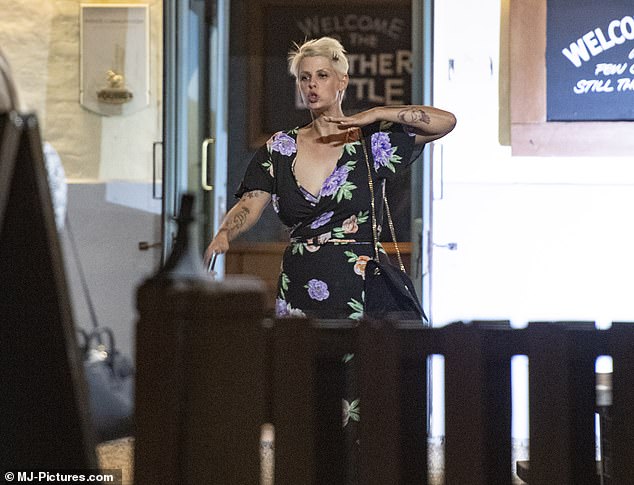 Inked: She showed off a series of inkings on her arm, including a tulip and a feather design 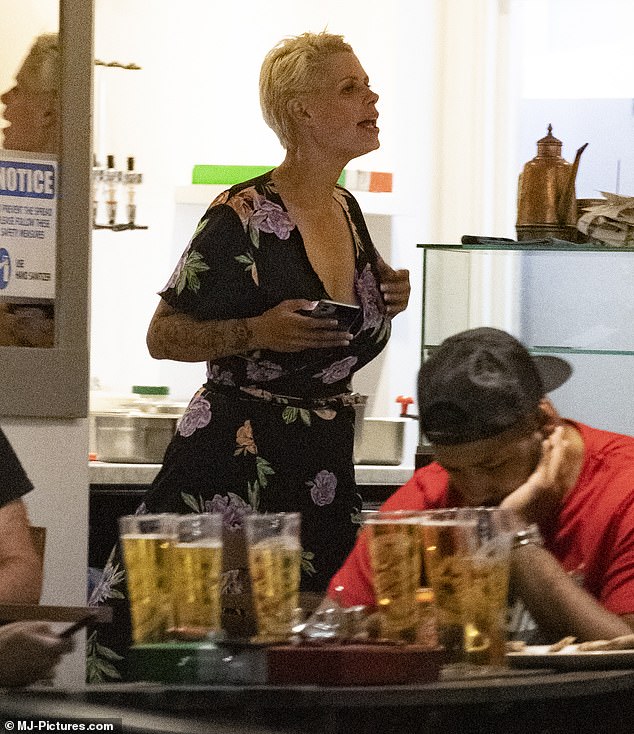 Natural beauty: Fifi showed off her beautiful features as she called across the venue to her friends

Happy: She wore a big smile on her face as she walked outside to join the group 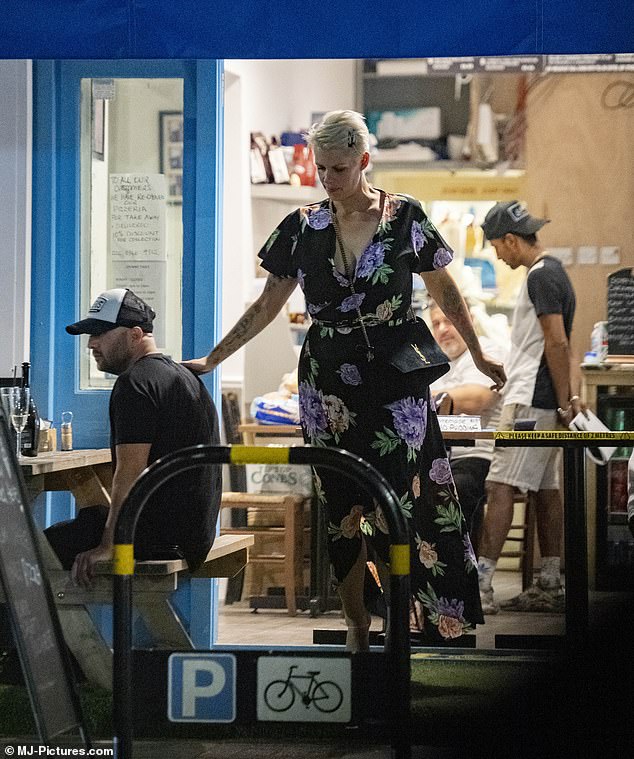 She’s got the look: Fifi’s new hair was held in place with a couple of 90s inspired hairslides 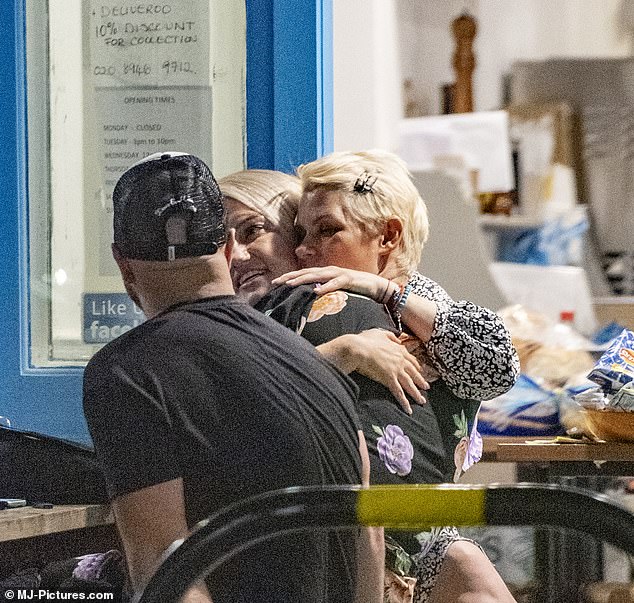 Close: She gave her friends a big hug as they caught up outside

Fifi is married to sand sculptor Andrew Robertson – and the pair married in a beautiful ceremony at St Mary Magdalene and St Lawrence church in Kent in 2016.

It’s the same church where her sister Peaches, who died of a drug overdose at the age of 25 in 2014, and mother, Paula are buried.

The church in Davington is next door to father Bob’s country home and has been a place of both joy and sorrow for the Geldof family. 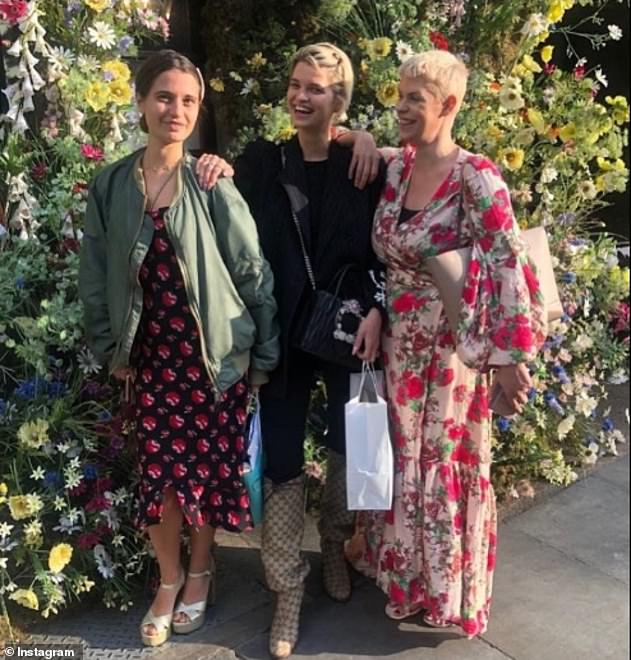 Bob and Paula had a blessing in the church after their Las Vegas wedding in 1986 while Peaches married Thomas Cohen in the religious establishment in 2012.

However, Paula’s funeral in 2000 was held at the same church, following her heroin overdose at her home in Notting Hill.

And tragically, in 2014, just two years before her wedding, Peaches was remembered at a ceremony at the church following her own heroin overdose. 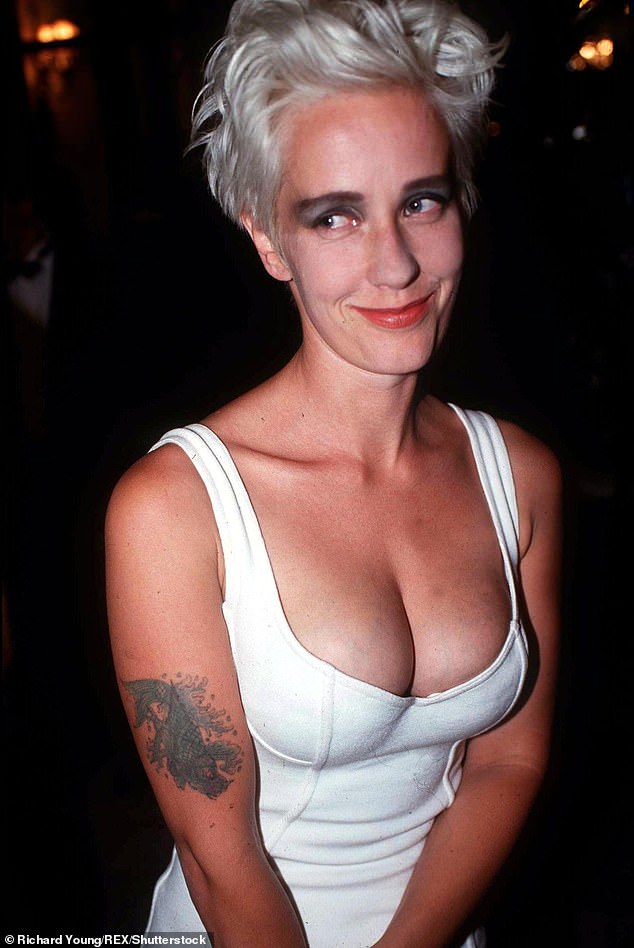 Special place: Fifi is married to Andrew Robertson – and the pair married in a beautiful ceremony at at St Mary Magdalene and St Lawrence church in Kent in 2016, it’s where her sister Peaches and mother, Paula (pictured in 1991) are buried