Rehearsals for Dancing With The Stars season 29 are in full swing as the series premiere is only two days away.

And stars were seen arriving for another long day of practice in Los Angeles on Saturday.

But fellow competitor Anne Heche, 51, looked like she may have had a setback as she appeared to be the first DWTS contestant of this season to be injured. 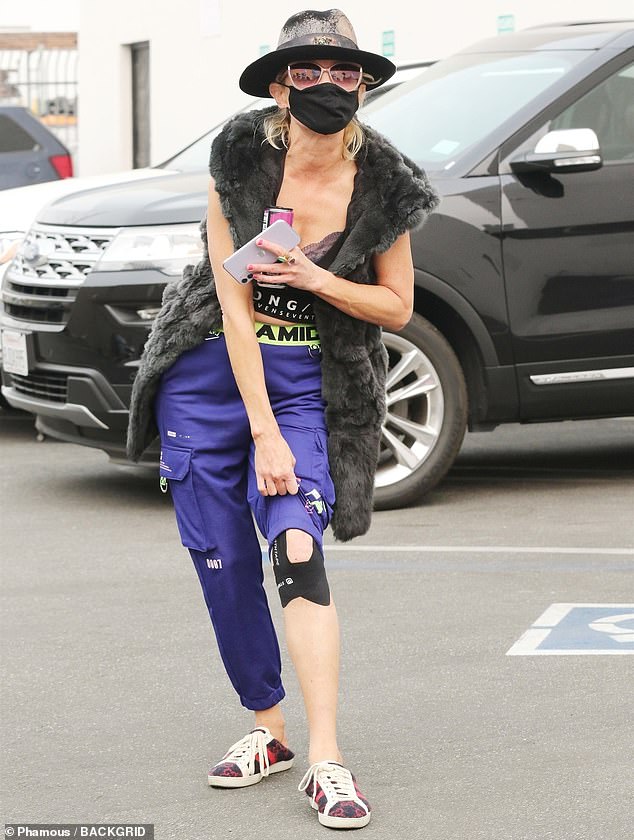 Injured: Dancing With The Stars contestant Anne Heche, 51, showed off her wrapped knee to rumored partner Keo Motsepe, 30, as the two headed in to rehearse. Anne appeared to be injured just two days ahead of the season’s premiere

Showing off her wrapped knee to rumored partner Keo Motsepe, 30, it seems as if the veteran actress may face some serious challenges depending on the severity of the situation.

She had her knee specially taped to make it easier to practice and for added support as she gets her final rehearsals in.

Despite the small setback, Anne looked in good spirits for her day of dancing in an oversized hat and furry vest, that she layered over a pair of bright purple sweatpants and a black top. 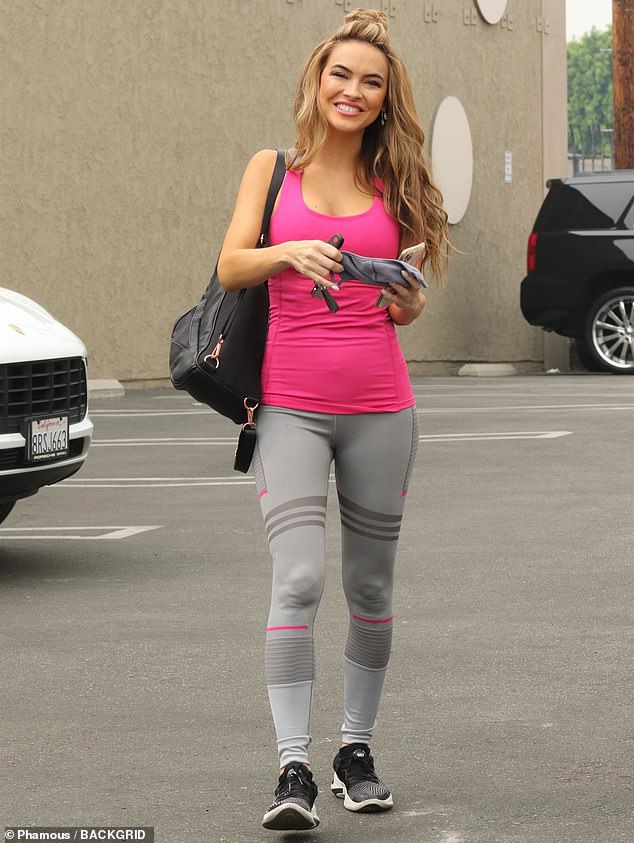 Dancing With The Stars: Selling Sunset’s Chrishell Stause, 39, was seen flashing a huge grin in a hot pink workout number as she arrived at final dance rehearsals just two days out from the show’s season 29 premiere

She carried an energy drink and made sure to wear a mask as she rocked a pair of rose colored glasses.

Selling Sunset star Chrishell, 39, was seen in an eye-catching hot pink workout top and a pair of grey and pink accented leggings.

She looked excited for her final dance rehearsals as she recently revealed her mother’s passing in July inspired her to sign on to the show.

Flashing a huge smile for the camera before putting her mask on, she wore her flowing locks half up half down with a top knot as she carried a black backpack full of stuff. 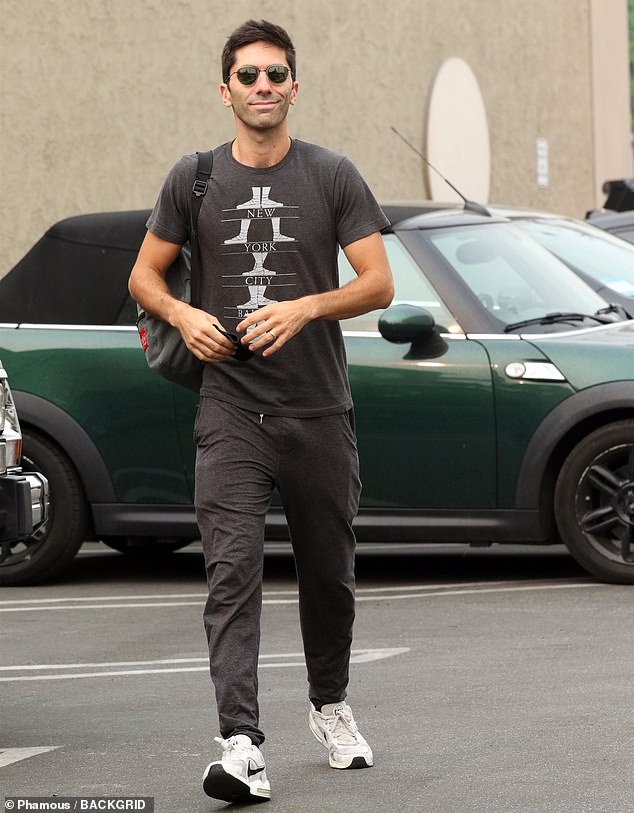 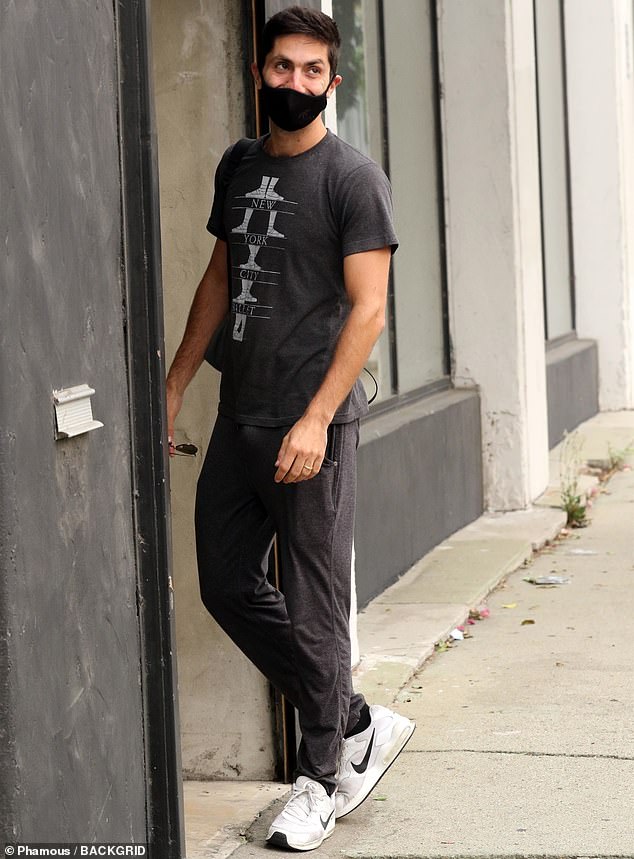 Comfy: Nev kept it comfortable in grey sweats and a matching shirt as he left the studio with a black face mask

Quick practice: Pro Jenna Johnson who is rumored to be partnered with Nev was seen leaving the studio after a short rehearsal

The MTV host cut a comfortable figure in great sweats and a matching NYC t-shirt as he paired the look with white nikes and a black face mask as he left after a short practice.

Closely behind him was pro-dancer Jenna Johnson, 26, flashed her amazing abs in a green crop top and black sweats.

The brunette beauty showed off her toned dancer’s body as she left with an oversized beige tote bag and a matching face mask. 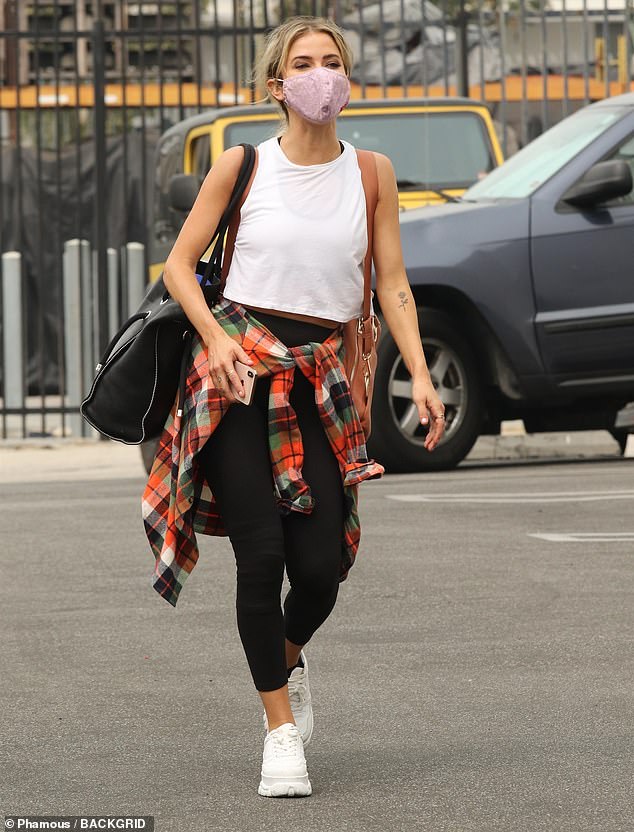 Next on the dancing docket was Bachelorette Kaitlyn Bristowe, 35.

The Canadian stunner who moved to Vancouver on a dance scholarship looked at ease as she left the studio.

For her rehearsal Kaitlyn put on a stylish display in black leggings. She wore a pair of chunky platform sneakers and a cropped white t-shirt with a red flannel around her waist.

Kaitlyn had two bags in tow as she walked with her blonde locks tied back and sported a pink face mask. 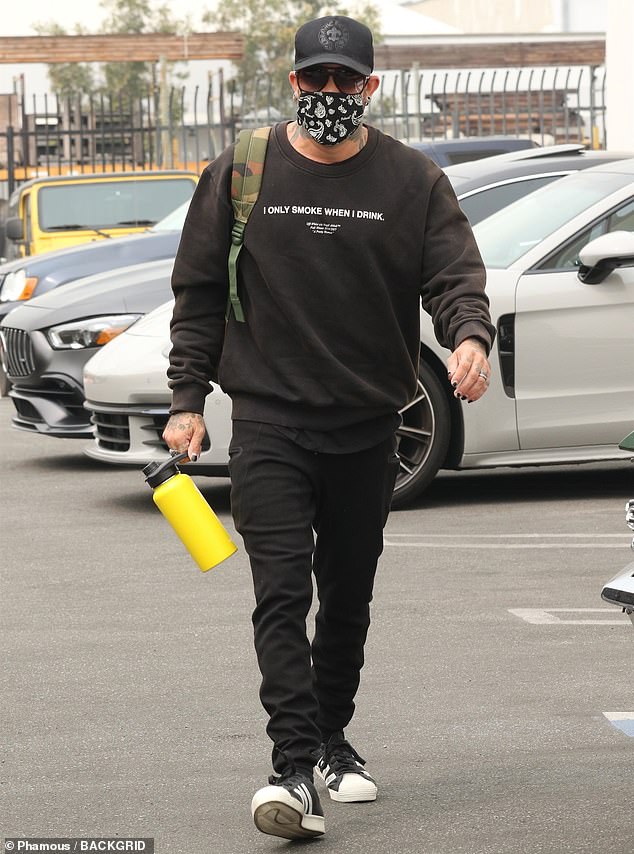 All black: Former Backstreet Boy AJ McLean, 42, cut a casual figure in all black as he arrived at final rehearsals 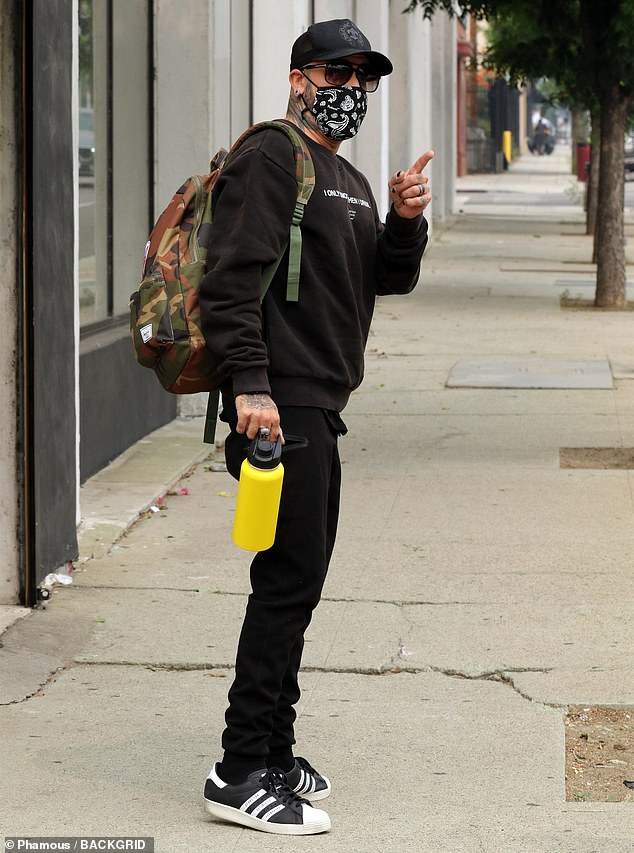 For the fans: AJ briefly chatted with a fan from afar as he got ready to showcase his killer moves in the studio

Veteran dancer AJ McLean, 42, of The Backstreet Boys looked ready to display his signature moves as he walked into rehearsal.

The former boy-bander wore all black for the outing, wearing sweatpants and a crew neck sweatshirt with a black trucker hat and a bandana printed mask to match.

He flashed a pop of color with a yellow water bottle as he made sure to stay hydrated and carried his gear in a camo printed backpack. 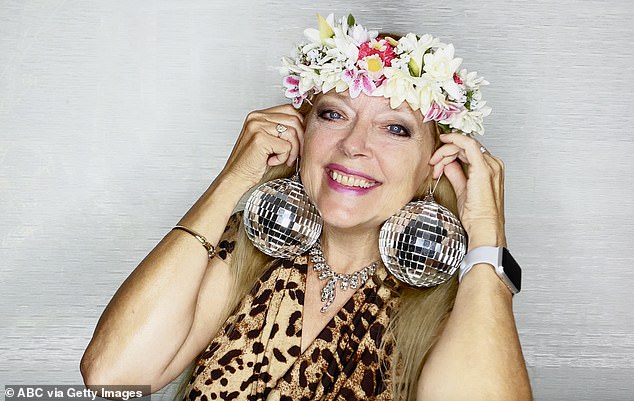 Tiger King: Netflix star Carole Baskin, 59, revealed that practice is ‘so much easier’ than she thought it would be 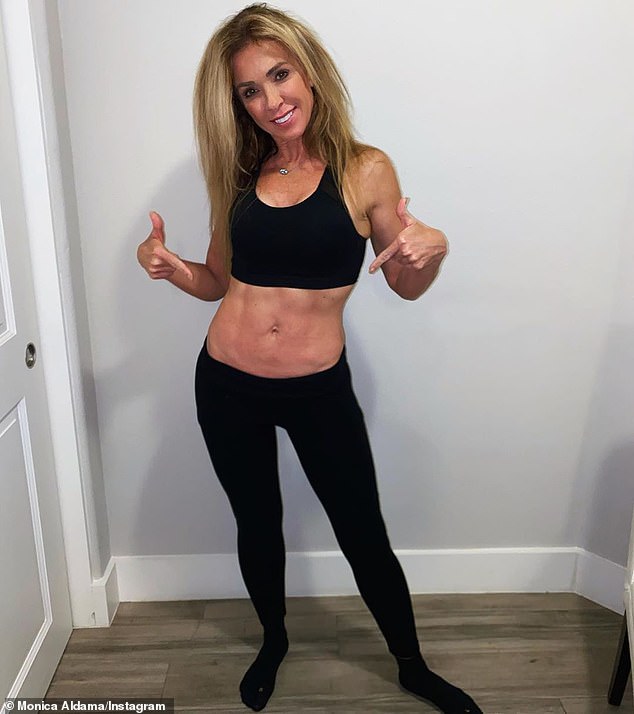 Other celebrity contestants that have been rotating their rehearsals are infamous Tiger King star Carole Baskin, 59. She recently told People in an interview published Wednesday that the process has been ‘so much easier’ than she thought it would be.

Netflix’s Cheer star, coach Monica Aldama, 47, also revealed that practice has been going well for her and even showed off her abs in an Instagram post, revealing that they are making a ‘comeback’ due to all the rehearsals.

Other contestants that will be seen taking to the floor on September 14th are rapper Nelly, actor Jesse Metcalfe and Olympic figure skater Johnny Weir.

The show will be hosted by top model Tyra Banks and will be judged by dance veterans Derek Hough, Carrie Ann Inaba and  Bruno Tonioli. Season 29 premieres Monday at 8pm ET on ABC. 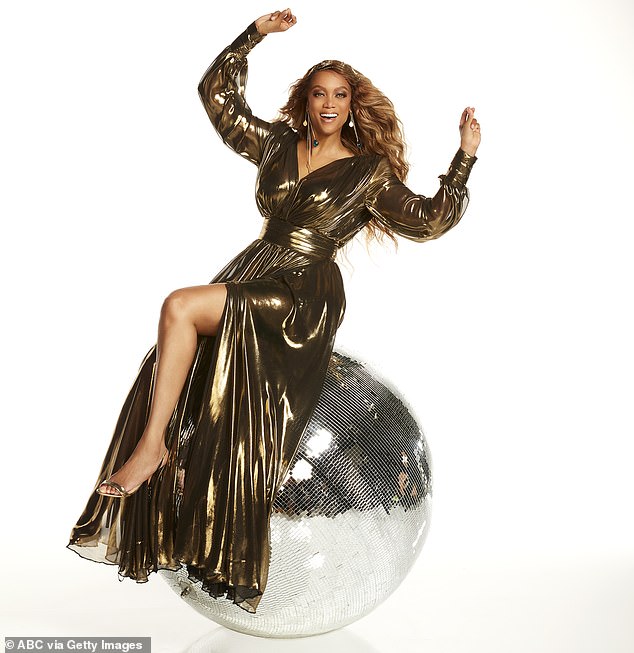