By Charlotte Dean For Mailonline

Coronation Street bosses were forced to halt production after a member of the cast tested positive for Covid-19 after being on set last week.

The long-running soap had to briefly shut down certain areas of the set for a deep clean, after the coronavirus positive actor had been on set.

It has been reported that although certain areas were closed down it did not affect filming due to the soap’s two-metre distancing rules, according to The Guardian. 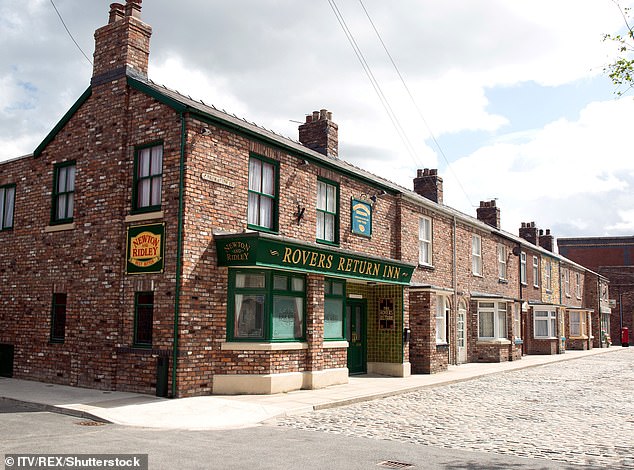 On hold: Coronation Street bosses were forced to halt production after a member of the cast tested positive for Covid-19 after being on set last week

A spokeswoman for ITV soap told The Sun Online: ‘We can confirm a member of the Coronation Street team has tested positive for coronavirus.

‘The protocols we have in place for such an eventuality have been implemented and the individual is now self isolating at home.

‘Although we do not believe anyone has been within 2m of the individual, as a precaution, the production team who were working with the individual have been notified.