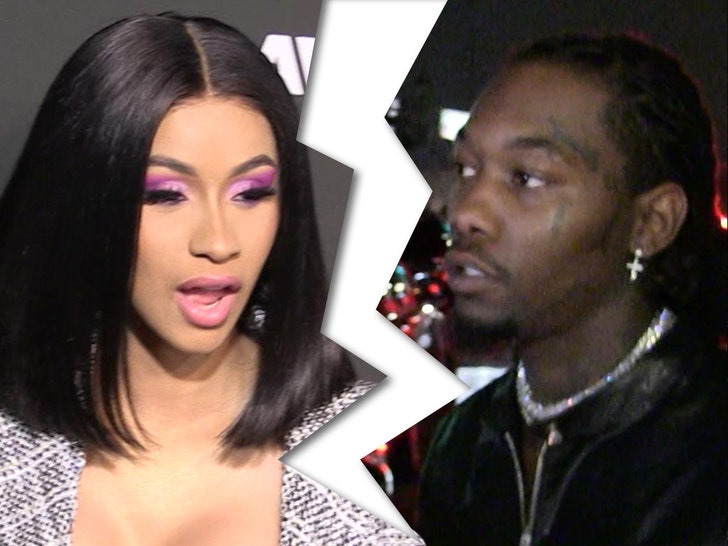 Cardi B is apparently over her marriage to Offset — she just filed for divorce … TMZ has learned.

The rapper filed court docs in Georgia indicating she’s seeking a dissolution of marriage. Not only that … the filing shows it’s a contested divorce. Cardi is listed as the plaintiff and Offset is listed as the defendant. She filed the paperwork on Tuesday.

Cardi and Offset got secretly hitched in 2017, and went public the year after. They share one kid together, Kulture, who’s a toddler now.

They hit a rough patch in the marriage a few years ago, but they reconciled and seemed tight.