Amanda, 49, pictured below with Lauren, 42, in happier times, told a newspaper she feared Simon was going to die after he broke his back.

A friend told me: ‘Lauren is fiercely protective of Simon and is deeply unhappy with Amanda, who was more than a little loose-lipped. It is going to make for an interesting conversation should the two women ever find themselves alone in a room together…’

Oh to be a fly on the wall for that showdown! 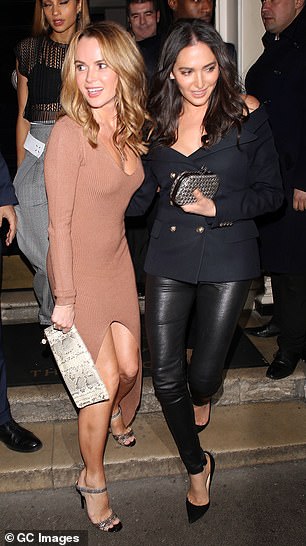 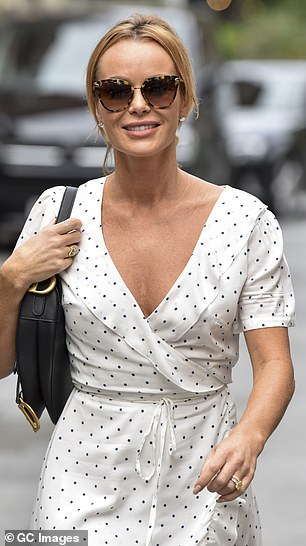 Amanda Holden, 49, pictured left with Lauren Silverman, 42, in happier times, and right, in London this year, said she feared Simon Cowell was going to die after he broke his back

He’s the grandson of Lord Mountbatten, has Prince Philip as a godparent and as a child travelled in a chauffered Rolls-Royce.

But interior designer Ashley Hicks tells me his childhood was disappointing – because he never got to ride on a bus.

‘My sister Edwina and I realised there was something a bit different going on when we kept saying to our mum, “Can we go on a bus, we want to go on a bus,” because we were stuck in the Rolls all the time,’ admits the 57-year-old son of Lady Pamela Mountbatten and David Nightingale Hicks.