You are here: Home / News / Haven’t played a character with such diverse shades before: Mohammed Zeeshan
Written by Arushi Jain
| New Delhi | 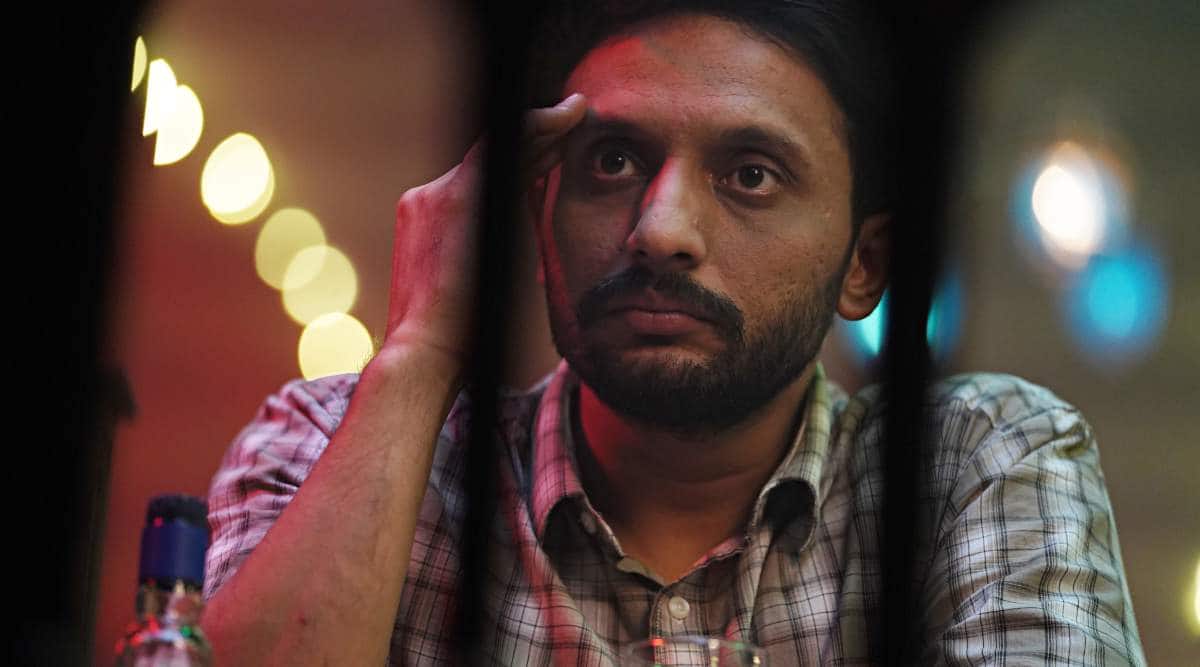 In Sachin Pathak’s A Simple Murder, Mohammed Zeeshan Ayyub plays Manish, a Delhi boy, who is a ‘loser’ but wants to fulfil his wife Richa’s (Priya Anand) desire to become rich. On the face of it, it appears he’s the victim of a greedy wife, but it soon becomes clear that he’s a schemer who doesn’t think twice before killing someone for money. And, it is these diverse shades of Manish, which Ayyub feels makes the character human. “There is no fun in making a character just white or black,” the actor says.

This is Ayyub’s second web series after Sachin Pathak’s Rangbaaz Phirse on ZEE5. His experience in the digital medium has made him think of it as “a great medium which allows not just actors, but writers and directors too to work on a variety of content”. However, the 37-year-old actor doesn’t like how “we are trying to bring in that star system” here as well.

In this interview, Mohammed Zeeshan Ayyub talks about A Simple Murder  and shares why he thinks ‘censorship of content doesn’t make sense at all’.

What is that element of A Simple Murder’s script which struck you the moment you read it?

Firstly, it is the genre. I enjoyed understanding the genre of the series when Sachin Pathak and Prateek Payodhi narrated it to me. Secondly, the kind of character I was offered was exciting. I haven’t played a character who is a loser in the beginning, and eventually, he transforms. So, these two were the main factors.

How did you approach your character Manish and his various moods? How much Mohammed Zeeshan Ayyub did you bring into Manish or did you just stick to script?

It is a mix of both. Every actor puts a bit of himself in a character. Also, you have to improvise the script a bit to get into it entirely, especially a script like A Simple Murder. It is such a quirky zone that you need to improvise because when you’re doing a scene on set, it changes according to your co-actors and surroundings. So, the character of Manish developed while I was doing it. For instance, that breakdown monologue of Manish is improvised. We just did it in one take. I knew the character by that time, and we sat down to decide a graph for him.

There are a few scenes in A Simple Murder where the atmosphere goes from comic to intense and again comic within seconds. How was it for you to switch between emotions in one particular scene?

Well, it is what an actor’s job is. This particular genre is exciting for an actor because at one point you need the audience to connect with your character, and the very next moment, you have to alienate them so that they can see a larger picture objectively, instead of travelling with just one character and getting emotionally invested. It should not be cathartic. The audience should be able to objectively see the journey of the characters instead of just feeling bad because something unfortunate happened with their favourite character.

Your character Manish appears to be both a victim and a schemer. Who actually is Manish? Do we take him as a victim or a troublemaker?

I think he is just human. These are the things which make a character human. There is no fun in making a character just white or black. So, at one point, you will feel, ‘oh poor Manish!’ but the other moment, you will think, ‘Why is he helpless? Why is he even getting into this?’ Then, his evil side also comes into play, and he tries to go all berserk. But, amid all this, he is trying to find the meaning of his life. It is only after Himmat’s (Sushant Singh) death that he finds a purpose and hates himself for being what he is.

You seem to be sharing great chemistry with Sushant Singh. Tell us about your off-screen camaraderie with him.

I have known Sushant Singh for a very long time. Last year, during CAA-NRC protest, we had a good interaction and we share similar kind of thoughts and understanding. Also, he is my senior from Kirori Mal College, Delhi University, and we were in the same dramatic society, The Players. So, that connection is there. We have similar work ethic and the same kind of temperament. We were quite comfortable with each other when we met on the set, and that off-screen chemistry shows on the screen as well.

Yashpal Sharma, Amit Sial and Sushant Singh are ace performers. Here too they look so effortless. After working with them, what is your take about them?

I have worked with Yashpal Sharma earlier too in Tubelight, and we share the same alma mater. He is my NSD (National School of Drama) senior too. I have been his fan since childhood and it is always a learning experience working with him. He improvises so well and has impeccable comic timing. Sial is my friend, and we got to spend a lot of time here. We enjoyed working with each other.

We have seen you play intense characters as amazingly as you do comedy. Between the two, which is more challenging for you?

It is difficult to say which of the two is more difficult. The main point is to make a connection with the audience, and if you succeed in that, people will laugh with you and also cry with you. I would say both genres have their own challenges.

What are your thoughts about the digital medium? Do you think it is giving actors a chance to play more diverse roles?

Definitely. It is a great opportunity not only for actors but also writers and directors. Earlier, things were made, but one line was repeated over and over again – ‘It is not difficult to make a film, what is difficult is to release it.’ That is one thing which is getting solved because of the digital medium. So much content is being created now, that everyone needs new writers, directors and actors. Currently, it is in great shape. But, the problem is, here too we are trying to bring in that star system. I think the lesser we talk about stars and more about the content, the better it is.

And, what is your take on censorship of content on the digital medium?

Censorship doesn’t make any sense at all. Censorship is a colonial law which was introduced by the Britishers after 1857 to curb the independence movement. It is unfortunate that we have still kept it. Now, the authorities, who are afraid of art, thought people can express themselves freely on OTT, so they are trying to cripple that as well.