You are here: Home / Hollywood / Ellen DeGeneres and wife Portia de Rossi pack on the PDA while out shopping

And on Saturday the couple packed on the PDA while out shopping in the scenic neighborhood in Santa Barbara County, which is about 83 miles north from Los Angeles.

The talk show queen had her right arm lovingly around her ladylove’s waist as the actress reciprocated with her left arm over her wife’s shoulder. 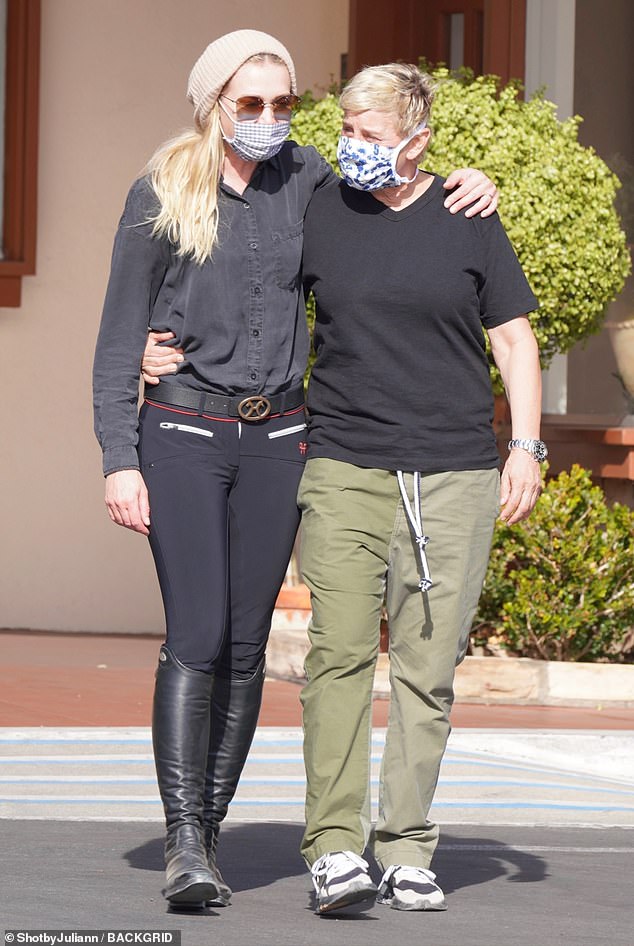 Loved up: Ellen DeGeneres, 62, and wife Portia de Rossi, 47, were the picture of marital bliss as they packed on the PDA while out shopping in Montecito, California on Saturday

The couple were spotted moments after browsing in an antique store and an art gallery.

Opting for a casual but cool ensemble, DeGeneres wore military-green pants with a black t-shirt and white-patterned sneakers.

She had her blonde tresses styled short and parted to the right.

They had only taken a few steps outside the art gallery when de Rossi reached out to put her arm around DeGeneres, 62. 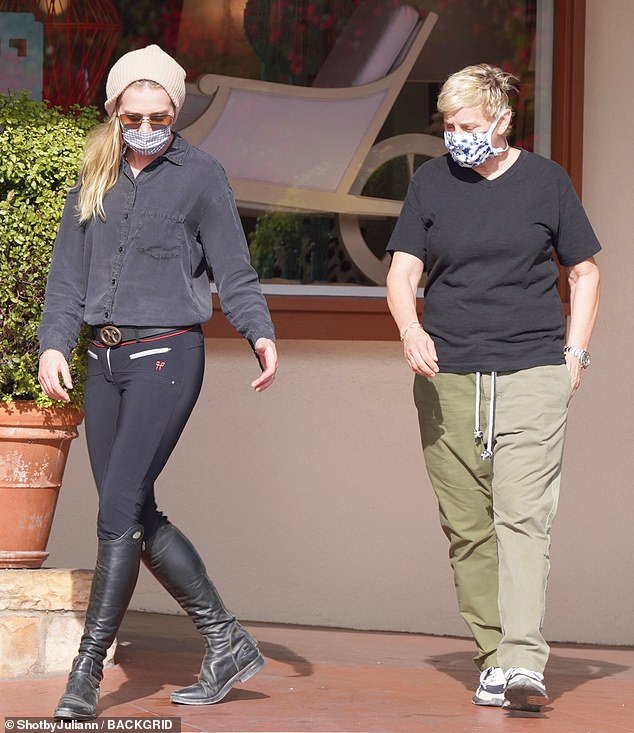 Magic touch: The Arrested Development star reached out with left hand in a loving gesture to the talkshow queen after leaving an art gallery

The couple then snuggled up next to each other, shared a healthy dose of loving gazes and walked back to their parked car.

The Arrested Development star, 47, oozed cool in the fashion department in fitted black pants that were tucked inside black, knee-high boots.

With a leather belt and buckle in full view, she also donned a black, button-down shirt, stylish sunglasses and a tan beanie cap over her long blonde tresses.

With the COVID-19 pandemic setting record highs in new cases on a near daily basis the last couple of weeks, both ladies made sure to wear protective masks over their mouths and noses. 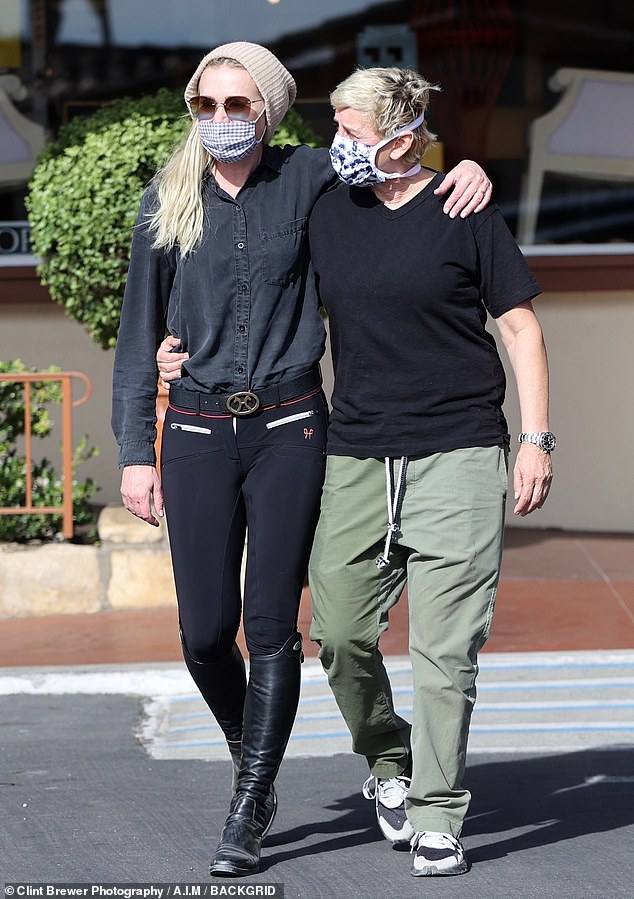 Touchy-feely: The couple snuggled up to each other as they walked back to their parked car

The pair are well-known real estate tandem, who have focused a lot of their business attention on flipping homes in Los Angeles and the Montecito area, oftentimes to celebrity buyers.

The couple have been romantically linked for 16-years, and were married in August 2008 following the overturn of the same-sex marriage ban in California. 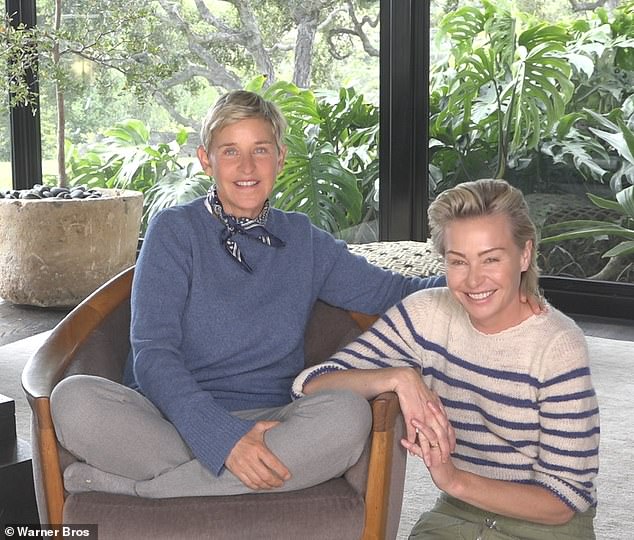 Ellen was recently accused of fostering a toxic workplace environment behind the scenes of her show.

The controversy over The Ellen DeGeneres Show was first sparked by a Buzzfeed expose in June.

It revealed claims made by one current and 10 former employees of Ellen’s talk show saying they experienced racism, fear and intimidation while working on the long-running series and accusing producers Andy Lassner, Mary Connelly and Ed Glavin of bullying.

The show then faced additional accusations about sexual misconduct in a second BuzzFeed News article on July 30, in which dozens of men and women accused Kevin Leman, Glavin and Norman of sexual harassment, misconduct or assault.

Leman and Norman denied the claims. They and Glavin were promptly suspended while Warner Bros. launched an investigation.

They both were fired along with Leman. His attorney said at the time that he was being made a scapegoat.

Ellen, specifically, was accused of taking joy in making staffers cry and behaving like such a diva that employees were told not to speak.

She returned to air with the season 18 premiere in September with a six minute monologue in which she addressed the controversy.