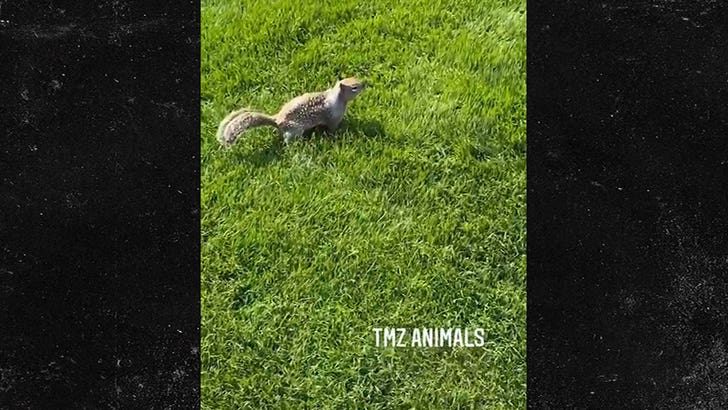 David Spade must be struggling, because he’s apparently auditioning for the job of TMZ photog … and he’s so good he may get a callback!!!

David put his cellphone to questionable use Saturday, when he interviewed a squirrel about the pandemic. The critter was very tight-lipped — probably because his mouth was filled with nuts. Nevertheless, David peppered it with questions … some of them questionable.

Note to David … it’s okay to ask the squirrel about lockdowns, but asking the rodent to talk smack on Fauci — well, that crosses the line.

David persists, but the squirrel isn’t having it and scampers off into the field.