He’s spent lockdown with his girlfriend Hanni Treweek at their Manchester home.

And Jack P Shepherd, 32, found himself with some car trouble after his beloved £41K Mustang was clamped outside their abode.

The Coronation Street star’s muscle car could be seen in a parking spot with a bright yellow clamp on one of the front wheels in pictures taken on Sunday. 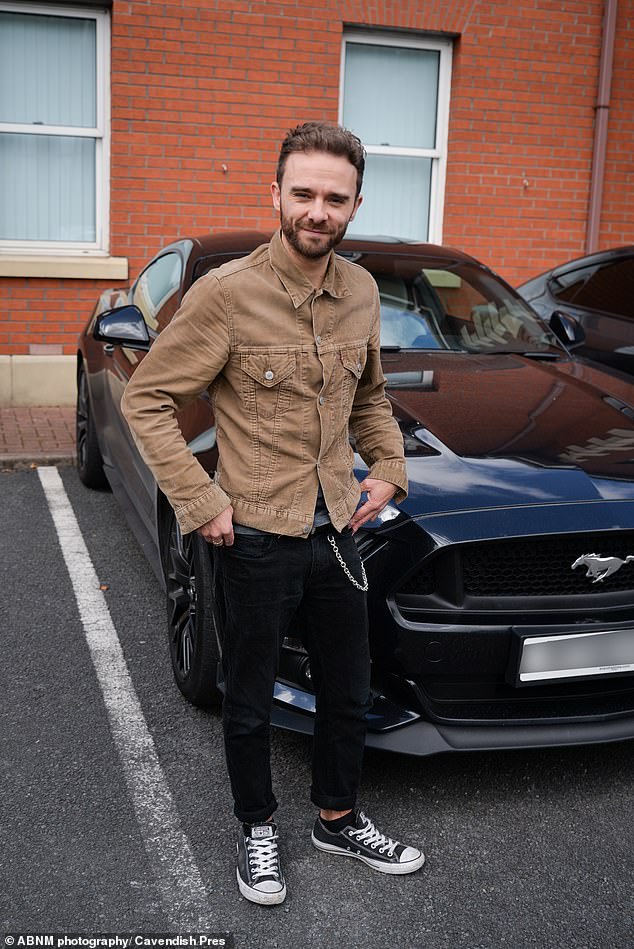 Oh dear: Jack P Shepherd found himself with some car trouble after his beloved £41K Mustang was clamped outside his Manchester home on Sunday (pictured with the car earlier this year)

While The Sun also reported that Jack, who has had the car since 2017, had a red sticker left on his window to further alert him to the clamp.

Manchester City Council’s website explains that it costs £40 to have a wheel clamp removed as well as £25 or £35 more to pay the penalty charge notice.

A number of things can lead to a driver having their motor clamped, including not paying parking tickets, ignoring bus lane rules and not being taxed. 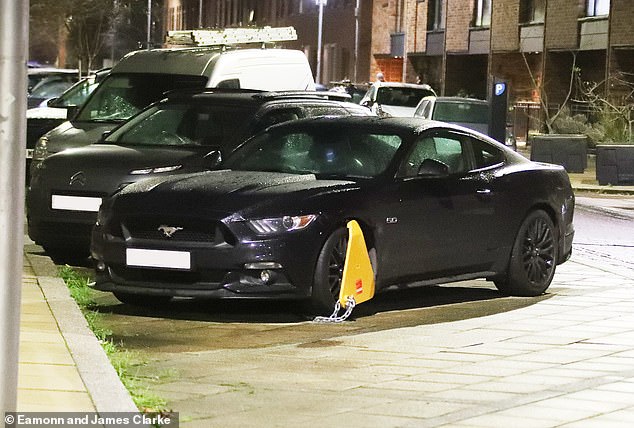 Not good: A bright yellow clamp could be seen on one of the front wheels of the muscle car

If the council ends up moving the car, a removal fee of £105 is charged to the driver on top of the penalty charge notice to release the vehicle.

It comes after Jack’s girlfriend Hanni Treweek hit back at accusations that the actor has been neglecting his children in an Instagram Q&A last month.

The conversation was sparked after the soap star’s former fiancee Lauren Shippey claimed he has not seen their two children in almost four months; causing a follower of his current love to accuse Jack of not seeing his third child, Greyson, either. 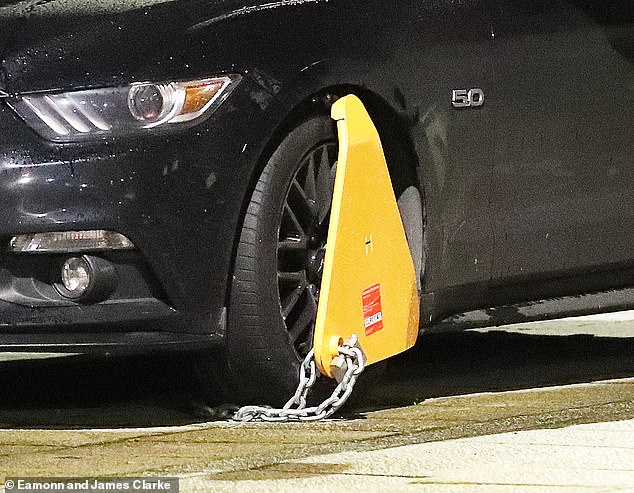 What a pain: Manchester City Council’s website explains that it costs £40 to have a wheel clamp removed as well as £25 or £35 more to pay the penalty charge notice 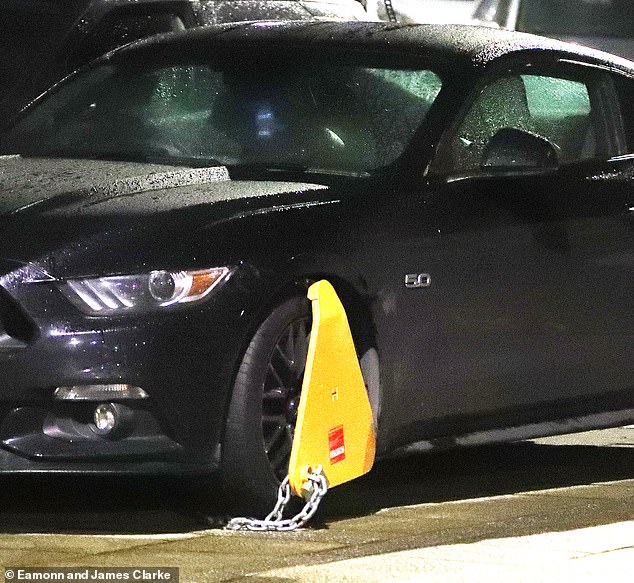 Troubles: Jack has been a proud owner of the car since 2017

Answering a Q&A on Instagram, Hanni responded to a question which asked: ‘How do you feel dating a man that has nothing to do with his DISABLED son – Greyson [sic]’

Hanni, 31, was sure to defiantly reply to the naysayer, replying: ‘I get trolled by people like you on a daily basis. I wasn’t in Jack’s life when that happened.

‘What I can comment on is that he was 21, a young man himself in the public eye with a lot to learn.

‘Everyone has a past, its important not to judge a book by its cover. You might assume you know the facts but you don’t.

‘The world is already at an uncertain time and it’s not going to get any better anytime soon with trolls such as yourself. 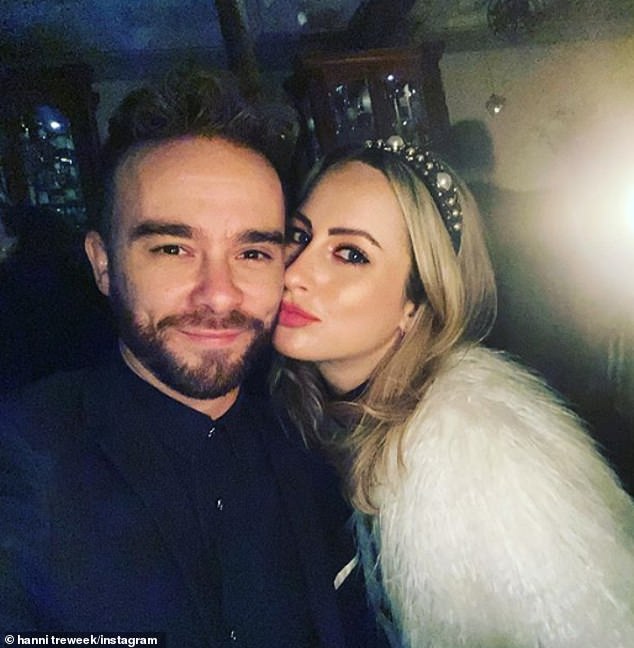 Got his back: It comes after Jack’s girlfriend Hanni Treweek hit back at accusations that the actor has been neglecting his children in an Instagram Q&A last month

Ex Lauren, 32, slammed Jack, 32, for failing to keep his promises to his children and criticised his decision to discuss his ‘blended family’ in a recent magazine interview.

Speaking to The Sun, she said: ‘It made me laugh. We’re about as blended as a breeze block in a cement mixer.’ 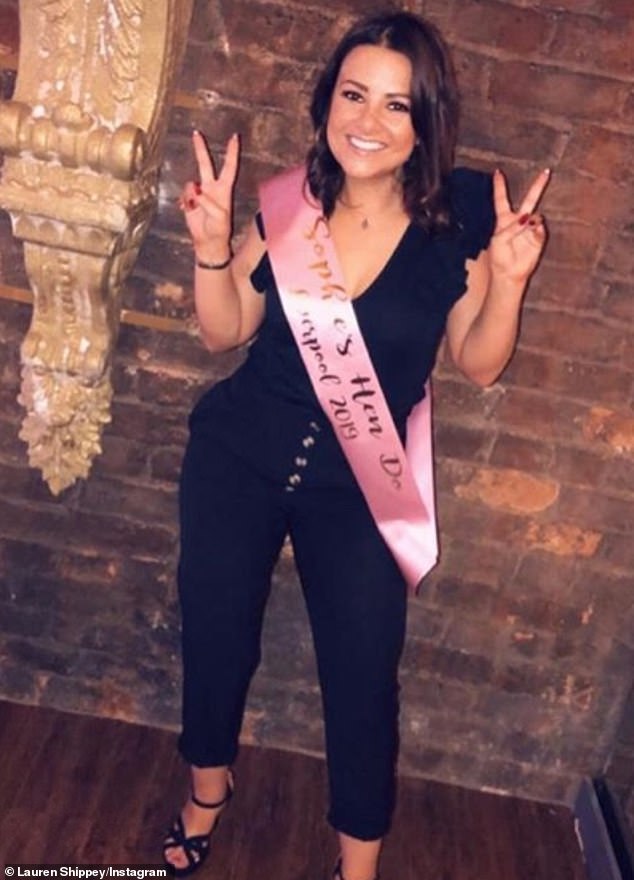 Lauren said she was unhappy after reading an interview her ex gave to OK! magazine where he spoke about homeschooling their children with his new girlfriend Hanni Treweek, 31, during the coronavirus lockdown.

She said: ‘I’m speaking out now because Jack has used his celebrity status to give an interview which portrays a false image of how he behaves.

‘Jack didn’t see his children for almost four months! He hurt me emotionally quite a few times. I always had his back and forgave him. I never, ever planned to speak about our relationship but enough is enough.’

Lauren also told the publication that Jack hurt her emotionally and she now feels the public needs to know what he is ‘really like’. 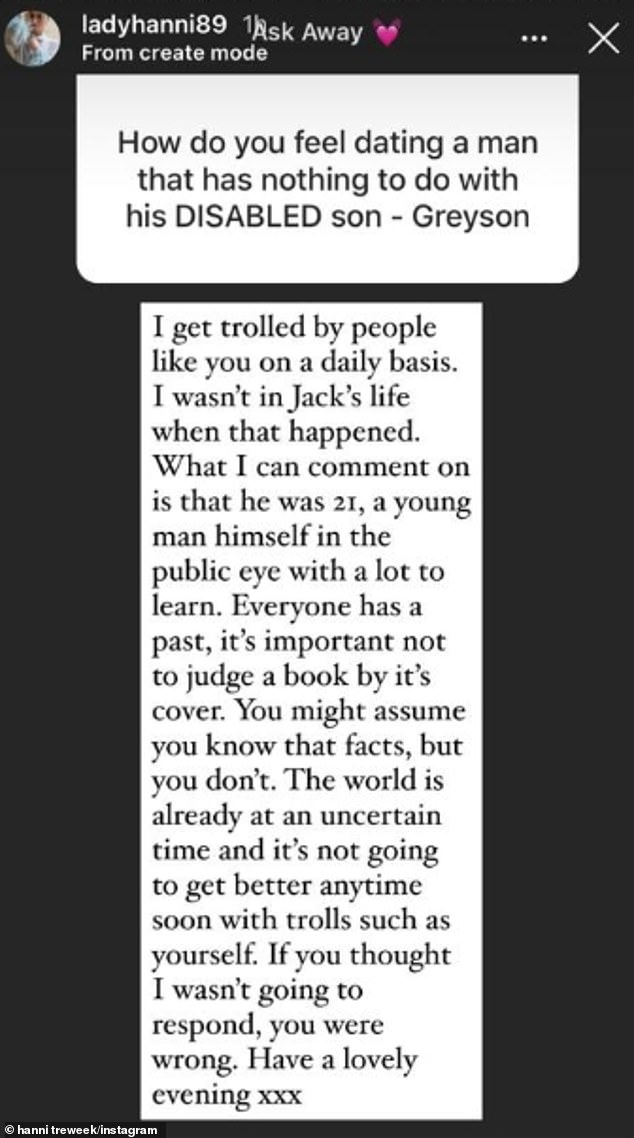 She also said that her children need their father and she hopes he will come to see his current behaviour as unacceptable.

Jack and Lauren met when they were teenagers and were engaged until she broke off their relationship in May 2017.

Lauren said she forgave Jack for his one-night stand in 2010, saying he told her the truth on the Friday before it was due to be published in a Sunday newspaper.

She finally called quits on their relationship in 2017 when he failed to come home one night after reportedly going to a strip club in Leeds. 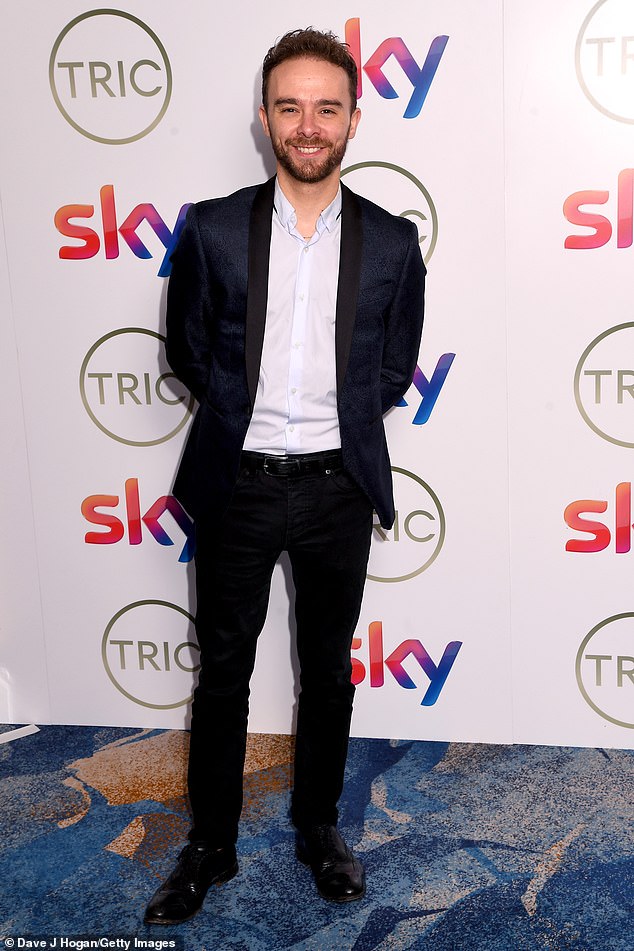 Claims: Jack’s ex girlfriend has claimed he has not seen their children in almost four months (pictured in March 2020)