You are here: Home / Hollywood / Channel Nine serves up a sneak peek at Married At First Sight 2021

The search for love begins: Channel Nine serves up a sneak peek at the closely guarded new season of Married At First Sight

Channel Nine has offered a sneak peek for the next season of Married At First Sight, due to premiere in 2021.

On Sunday night, the network dropped a new trailer for the series during The Block finale. 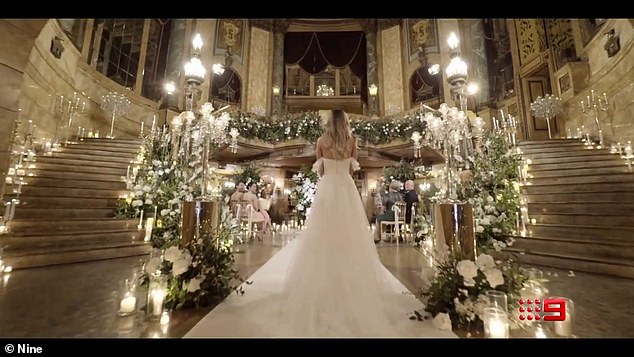 Married At First Sight 2021: Channel Nine offered a sneak peek at the closely guarded new season during The Block finale on Sunday

‘All of you are here to find love. This is the real thing. You have to give it everything.’

The show then teases a lovelorn bride who has trouble connecting to a love match.

‘I want to have a connection with somebody. And be close to someone,’ the bride is heard saying during a voice-over. 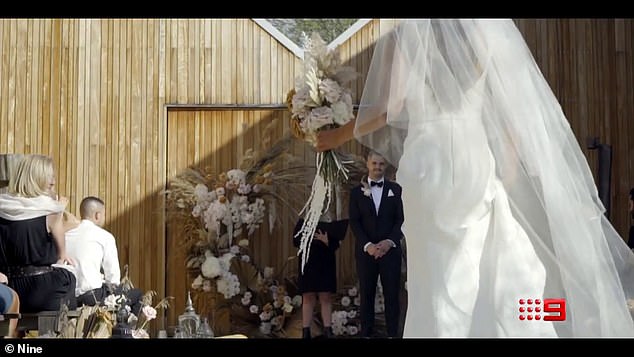 Lovelorn: ‘I want to have a connection with somebody. And be close to someone,’ a new bride is heard saying during a voice-over

She continues by saying she fears it could be too late for her to find love.

‘Times slips away and time has been slipping away. I really want to love again.’

Channel Nine is ramping up the interest in the series, with the network already releasing a trailer for the show earlier this month. 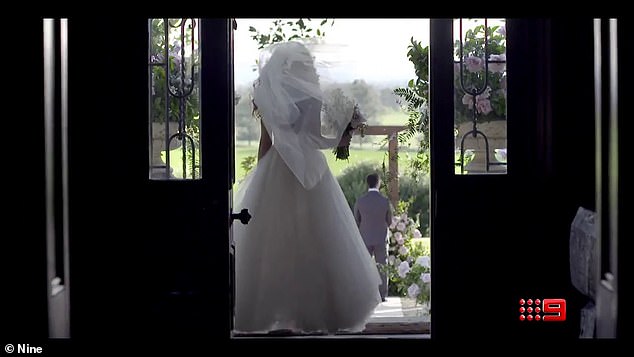 Ready for it! ‘Times slips away and time has been slipping away. I really want to love again,’ she is also heard saying in the trailer

In the blink-and-you’ll-miss-it sizzle reel, three blonde brides can be seen walking down the aisle, while three grooms wait at the alter.

Former AFL player Jake Edwards appears to be one of the grooms in the clip.

The 32-year-old, who used to play for Melbourne’s Carlton Football Club, was spotted in Sydney in October on the set of MAFS. 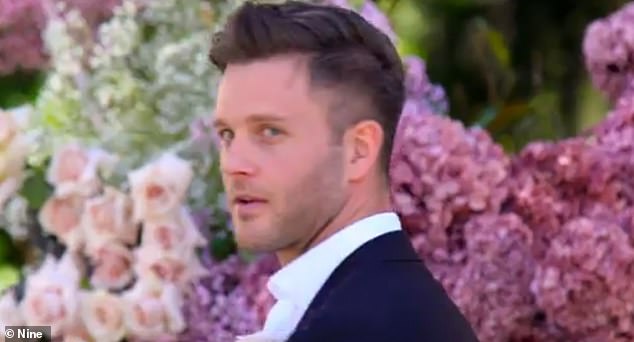 What a handsome man: Jake Edwards appears to be one of the grooms in the clip, who used to play AFL for the Carlton Football Club [pictured]

The tattooed hunk was also spotted outside his hotel talking to fellow grooms.

Hit 104.7 radio presenter Bryce Ruthven is another groom spotted in the trailer. 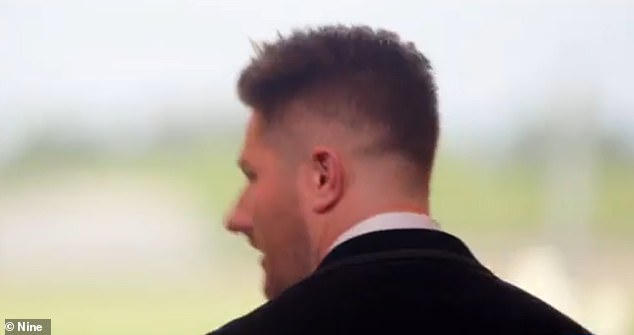 Who else to expect: Hit 104.7 radio presenter Bryce Ruthven (pictured) is another groom spotted turning around in the teaser

He’s no doubt hoping to find the love of his life on reality TV after having reportedly ended his engagement to a woman earlier this year.

In September, the 30-year-old interacted online with former MAFS stars, several of who he previously interviewed on his Canberra radio show.

A cursory glance at his social media accounts reveals he is a passionate soccer fan, having played for Central Queensland FC. 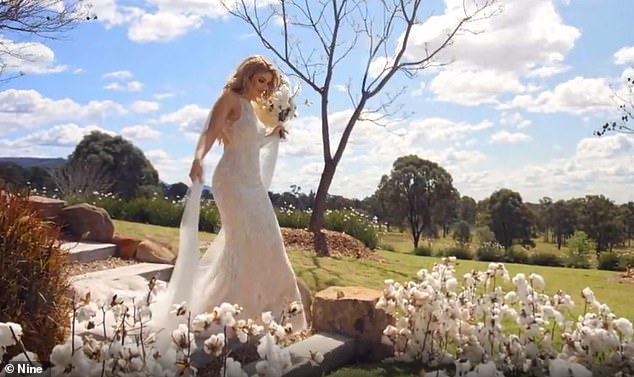 Bombshell: Make Them Suffer singer and keyboardist Booka Nile (pictured) was featured in a preview for the controversial series

Make Them Suffer singer and keyboardist Booka Nile is also seen in the clip uploaded to the MAFS Instagram account.

A few unfamiliar faces were also seen during Channel Nine’s teaser, including a brunette curly-haired beauty giggling before walking down the aisle and a mystery man with a moustache and maroon blazer.

Coming soon: Married At First Sight will premiere on Channel Nine in the New Year