You are here: Home / Hollywood / Cameron Diaz says her 11-month-old daughter Raddix has 'never had puree'

In a clip of Monday’s upcoming episode of the Rachael Ray Show, the 48-year-old actress shared that she makes a concerted effort to feed her daughter more adult foods.

Diaz – who has recently gone full steam ahead with her love of cooking – told Ray that Raddix has ‘never had a puree,’ as she talked about her daughter’s love for garlic, bone marrow and herbs. 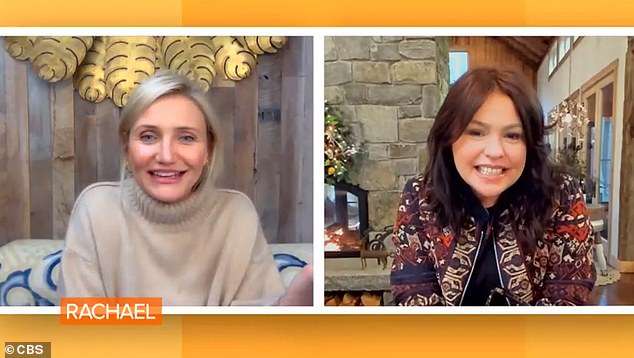 Advanced palette: Cameron Diaz, 48, tells Rachael Ray that her 11-month-old daughter Raddix has ‘never had puree,’ as she cooks her garlic and bone marrow instead of traditional baby food

Speaking about cooking in the pandemic Diaz said, ‘The first four months, I cooked every single meal,’ though she said they did incorporate ordering in into their routine slowly.

She continued to share that she ‘loves to cook,’ calling it her ‘love language.’ 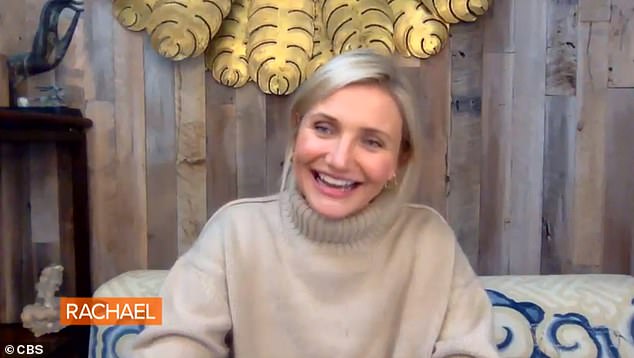 Love language: The actress shared that she ‘loves to cook,’ calling it her ‘love language’ as she prefers to cook instead of ordering in 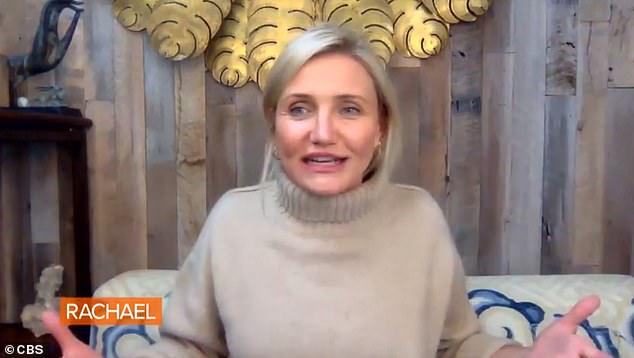 Start em young: She said that her daughter loves spices and eats liver and she prefers to cook for her instead of feeding her store bought baby food

With a new family to provide for, the Charlie’s Angels star said that she thoroughly enjoys making sustenance for her husband Benji Madden and their daughter.

Commending Diaz on her decision to not feed her daughter jarred baby food Ray said, ‘aww I love that…that you’re making her food, so you can really strengthen her palette.’ 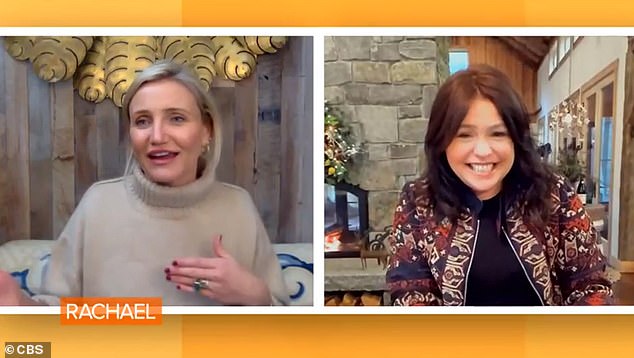 Tasteful: Ray said that she hates ‘when people dumb down kids food,’ as she commended Diaz on her decision to prepare more adult foods for her tot instead

The celebrity chef continued to say that she hates ‘when people dumb down kids food,’ prompting Cameron to dive into some of the things she likes to make.

Diaz responded that Raddix ‘never got anything pureed,’ adding, ‘She’s had garlic from day one, you know?’, as Cameron harvests her own garlic.

She continued to share that instead of traditional baby food, ‘she eats bone marrow, and she eats liver and she loves…I put herbs in everything you know, thyme and dill, sage, everything, she just loves all of it.’ 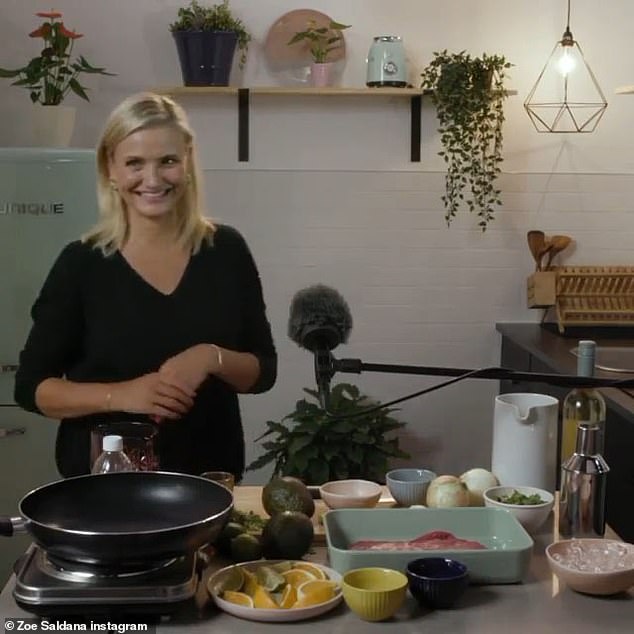 Baby steps: With a newfound love of cooking and a wine brand called Avaline, the actress has used quarantine to slowly put herself back in the public eye as she gets used to sharing her life on social media; pictured November 13th

Recently Cameron took her love of cooking to Zoe Saldana’s media company Bese as she did an ASMR cooking lesson, preparing a Cuban dish inspired by her grandfather.

With a newfound love of cooking and a wine brand called Avaline that launched over the summer, the actress has used quarantine to slowly put herself back in the public eye using social media as her platform.

‘I don’t come from this era of sharing my life,’ she told Danny Pellegrino on an episode of his Everything Iconic podcast.

Focusing on her new life as a family woman, the actress has not ruled out getting back into Hollywood, but it seems she may have found her calling in the food and beverage space. 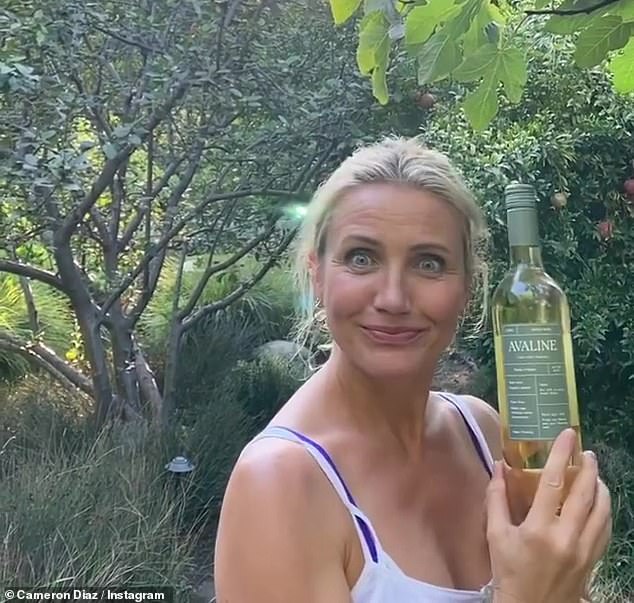 Avaline: Diaz has a wine brand called Avaline which she officially launched in July 2020; pictured in October