Of late, actress Sonam Kapoor has been at the receiving end of massive trolling on social media as the debate around nepotism has revived after the untimely demise of Sushant Singh Rajput. Not only Sonam, but her family members including sister Rhea Kapoor have also been receiving abusive and threatening messages on social media. 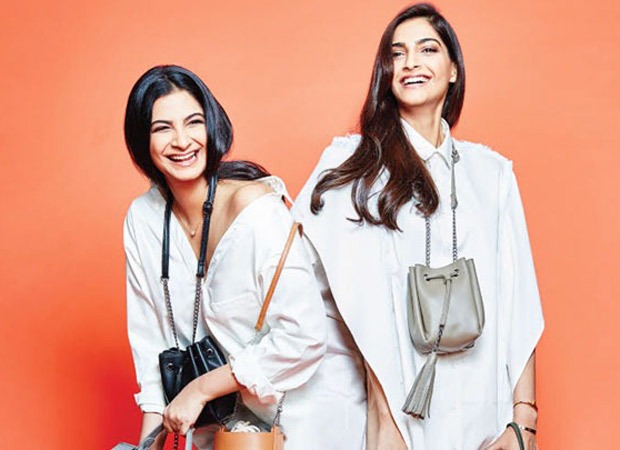 Sonam Kapoor recently expressed her anger at Instagram for refusing to remove death threats made on her sister Rhea through the social networking site. The actress shared the screenshots of the apps response after Rhea reported an abusive comment.

“Instagram doesn’t think death threats is the a violation or their India team can’t read Hindi,” Sonam wrote with the screenshot. Instagram into their response to the report made by Rhea said that the abusive comment wishing ‘death’ upon her, did not go against their community guideline. They suggested that she could unfollow, mute or block the person. 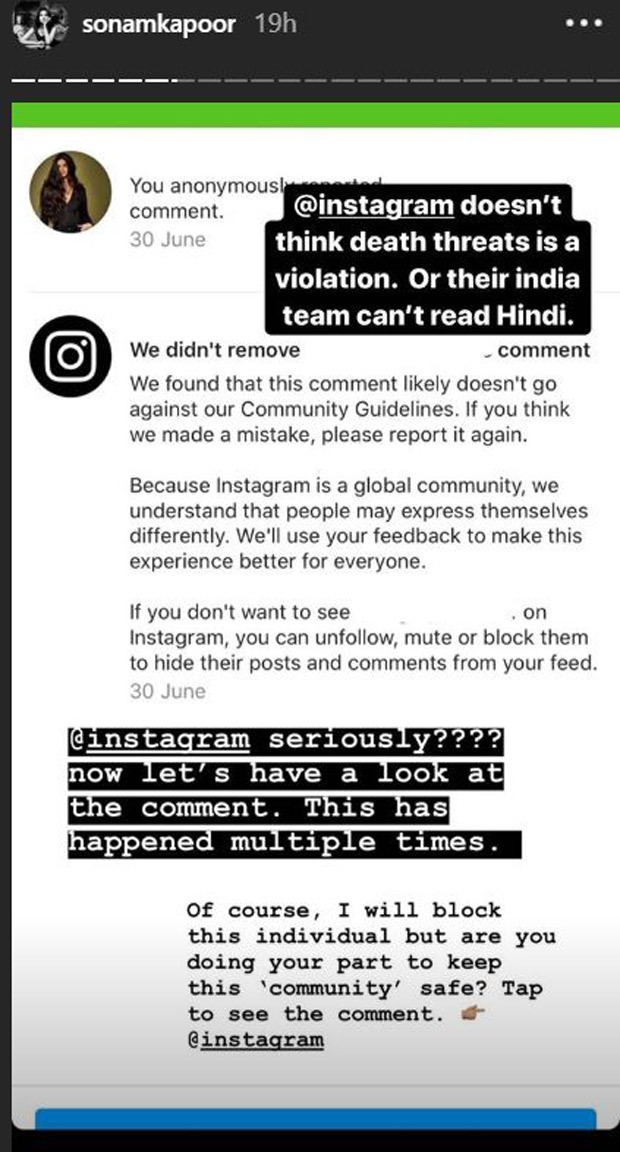 Sharing the response by Instagram, Rhea wrote, “Of course I will block this individual but are you doing your part to keep the ‘community’ safe?” She also shared a screenshot of the comment that read: “Tu toh kutte ki maut maregi din (You’ll die a dog’s death someday).” Rhea added, “Just charming. Of course I am happy to block unnecessarily hateful people without giving it a thought but what pisses me off is the that a death threat isn’t against your ‘community guideline’ Instagram?”

Meanwhile, Sonam Kapoor has restricted the comments on her Instagram posts and stories. “Yes I’ve switched off my comment section and my parents comment section because I don’t want my 64 year old parents to go through this. They did nothing to deserve this. And I’m not doing it out of fear you morons I’m doing it out of common sense to preserve my mental health and my parents,” she wrote into an earlier post.

ALSO READ: Sonam Kapoor shares her experience of contracting swine flu; says she wouldn’t wish it on her worst enemy