In the last couple of months, actor Ray Fisher, who played Cyborg in Justice League, revealed that the state of Justice League under Joss Whedon was not abusive. He had stated that Whedon was gross, abusive, and unprofessional in his on-set treatment. After that, Warner Bros started investigating the matter. But, the production giant said the actor wasn’t cooperating but Ray Fisher fired back stating her was cooperating in every way. Now, even co-star Jason Momoa, who plays Aquaman in the DC Universe, has stepped up and is standing in support of Fisher amid the Justice League investigation. 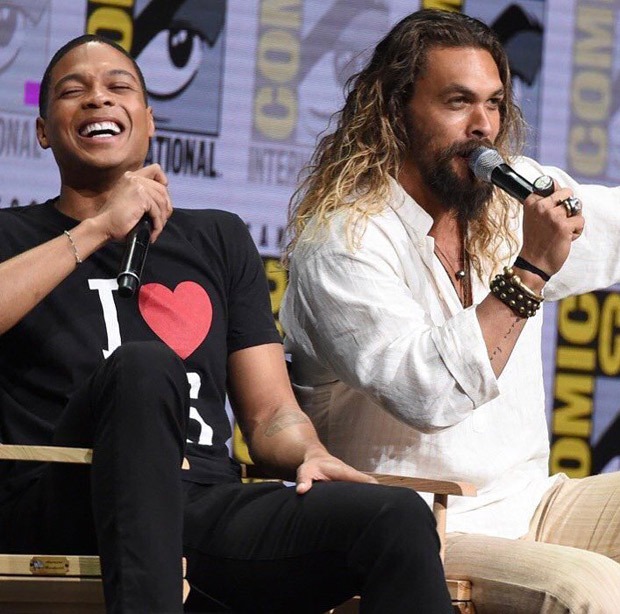 On Monday, September 14, Jason Momoa took to Instagram to share a photo with Ray Fisher from the San Diego Comic Con Panel which they did ahead of Justice League release. “This s— has to stop and needs to be looked at @ray8fisher and everyone else who experienced what [happened] under the watch of @wbpictures needs proper investigation,” he wrote on Instagram.

“I just think it’s f—ed up that people released a fake Frosty announcement without my permission to try to distract from Ray Fisher speaking up about the s—ty way we were treated on ‘Justice League’ reshoots. Serious stuff went down. It needs to be investigated and people need to be held accountable,” Momoa further wrote.

Earlier on Monday, September 14, Ray Fisher took to Twitter to reveal that the investigators have “conveniently avoided contacting key witnesses who gave damning statements to WB HR. They’ve also started interviews with (and have since ghosted) witnesses that have implicated former and current top level executives. Others (including an implicated individual that called me to apologize) have already been interviewed. We will not let ANY investigator cherry-pick interviewees that best suit @wbpictures’ false narrative and scapegoating efforts. All with stories WILL be heard!”

Others (including an implicated individual that called me to apologize) have already been interviewed.

We will not let ANY investigator cherry-pick interviewees that best suit @wbpictures’ false narrative and scapegoating efforts.

All with stories WILL be heard!

Ray Fisher and Jason Momoa will be starring in Zack Snyder’s version of Justice League which is releasing on HBO Max in 2021.

ALSO READ: Ray Fisher slams Warner Bros for claiming that he is not cooperating amid Justice League investigation