You are here: Home / Hollywood / Ash Pollard shares the first photo of her baby daughter's face with fans

And on Monday morning, the radio star finally shared the first photo of her daughter’s face to fans via Instagram.

Posting a selfie from the delivery room, the new mother, 34, and her partner Pete Ferne cuddled up to their bundle of joy.

Scroll down for video 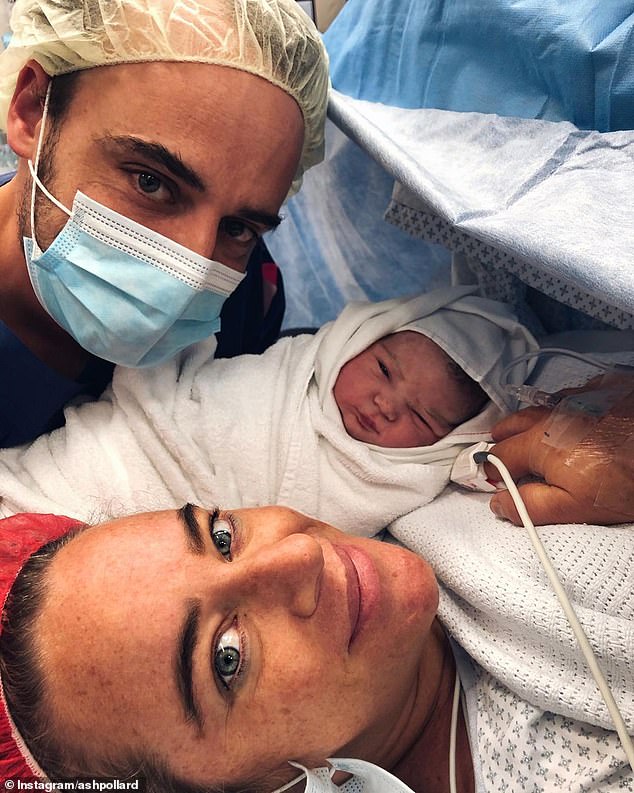 Radio host Ash Pollard has shared the first photo of her baby’s face with fans as she reflects on her first two months with daughter Clementine. Pictured with partner Peter Ferne

‘It was around about this time a couple of months ago we welcomed our little poppet, Clementine Abigail, into this world,’ the My Kitchen Rules star began.

‘For days I couldn’t believe she was ours, in fact I still can’t!! She’s growing quickly and has quite the personality already. I’m drinking her in,’ she continued.

Ash also promised there were ‘more pics’ to come from the couple. 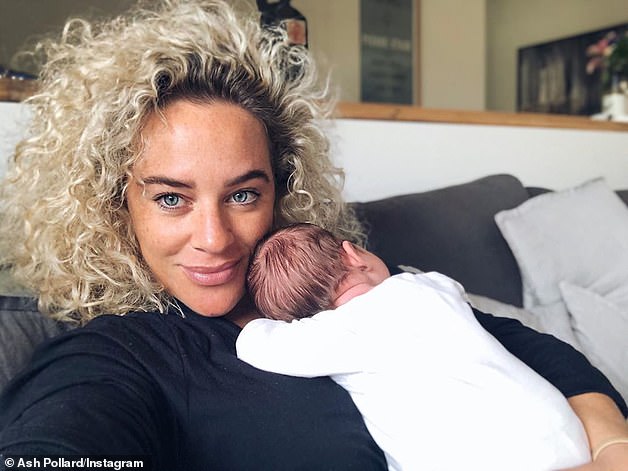 Earlier this month, the reality of motherhood had truly set in for Ash, with the 34-year-old sharing her exhausting schedule in an Instagram Stories post.

Alongside a photo in which she crossed out her eyes and explained she was ‘too dead to care’, the former reality TV star explained what her nights are now like.

However, the cookbook author then shared a video in which she cuddled her baby daughter, and captioned it: ‘But it’s all worth it. Ain’t her little noises so cute.’ 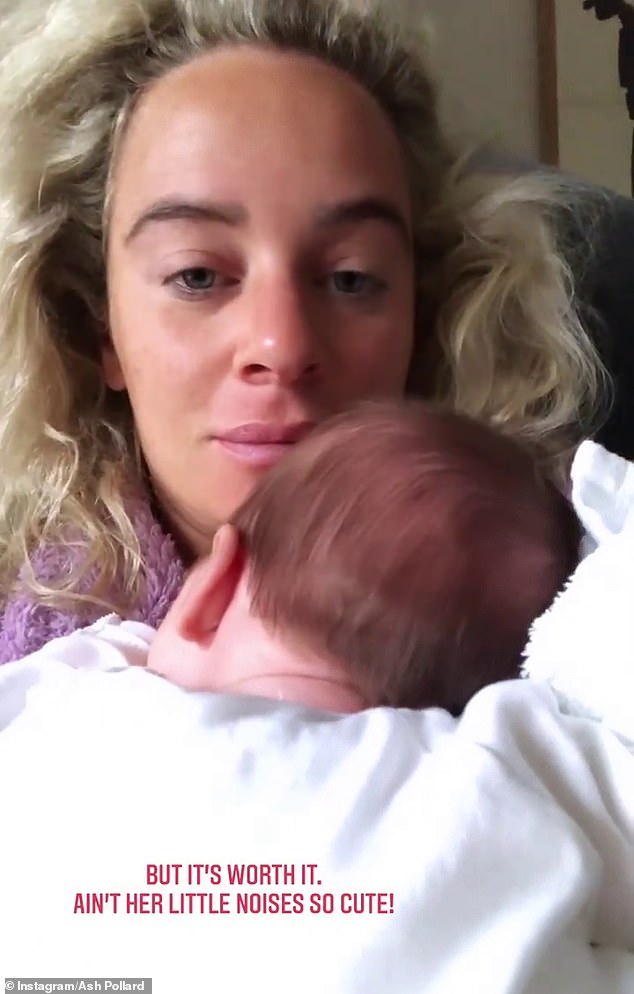 ‘Her little noises are so cute’: Despite claiming to feel ‘dead’ and ‘tired’ with her nightly schedule with little Clementine, Ash said her lack of sleep was definitely worth it 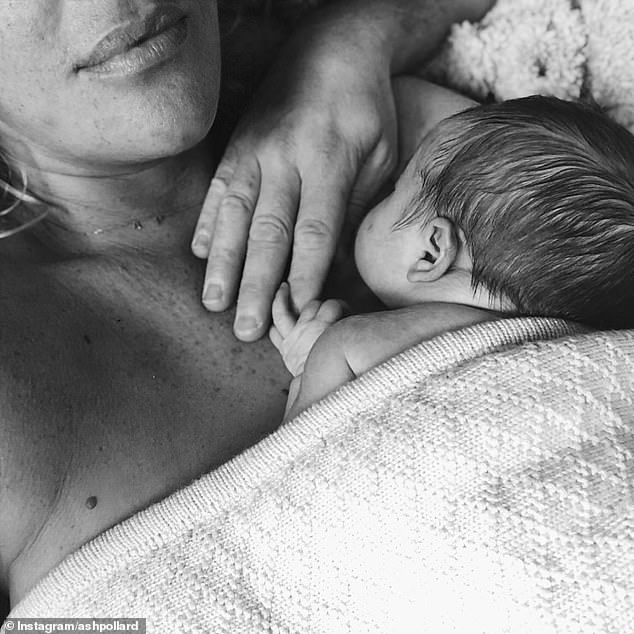 ‘She’s here!’ Ash shared her first photo of Clementine on social media on September 25 – several days after the newborn’s arrival on September 21 – but kept her face hidden

Ash shared her first photo of Clementine on social media on September 25 – several days after the newborn’s arrival on September 21.

‘She’s here!’ Ash wrote in the caption, announcing the happy news alongside a black and white image of the pair together with the baby’s face hidden.

The celebrity chef shares the little one with her partner, Pete Ferne. 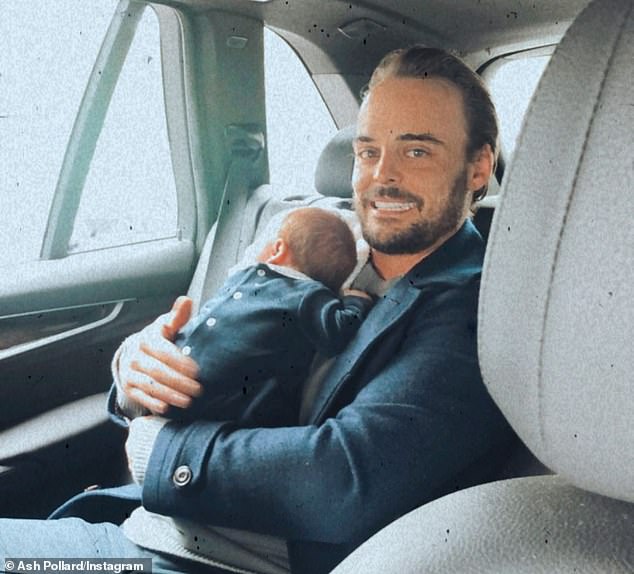 So sweet! Ash shares the little one with her partner, Pete Ferne (pictured)